A leaf of 5.000m2 on the ground of a plaza that shouts the word LIFE, so that the 457 families remember that they have been relocated in this new urbanization of social homes, rebuilding their future together so they can move forward. 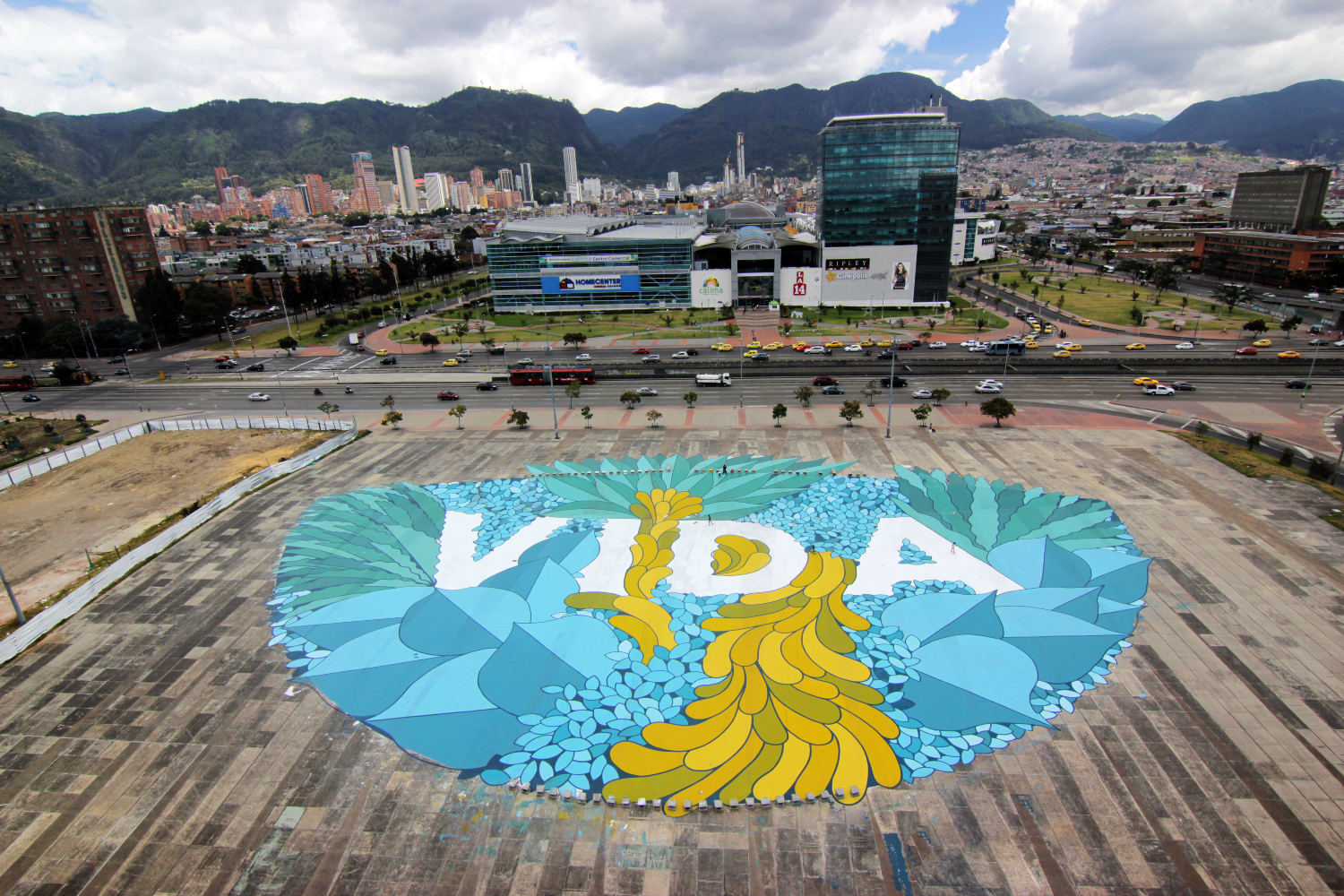 Since more or less tow months ago they live together. Every family comes from a different place of the country. Nothing to do with one another some of them come from the Pacific others from the Caribbean others from the amazon or the mountains. The only point in common between them is the one of living the drama of running away without looking behind, abandoning their lands, costumes and most of their families, as consequence of the terrible armed conflict that the country breaths.

In this context is where the mural appears, validated by the neighbors and generated by a participative way with them and other citizens, to transform this new place in witch they live building new relationships that strength this new community, working out to be part of this new identity. 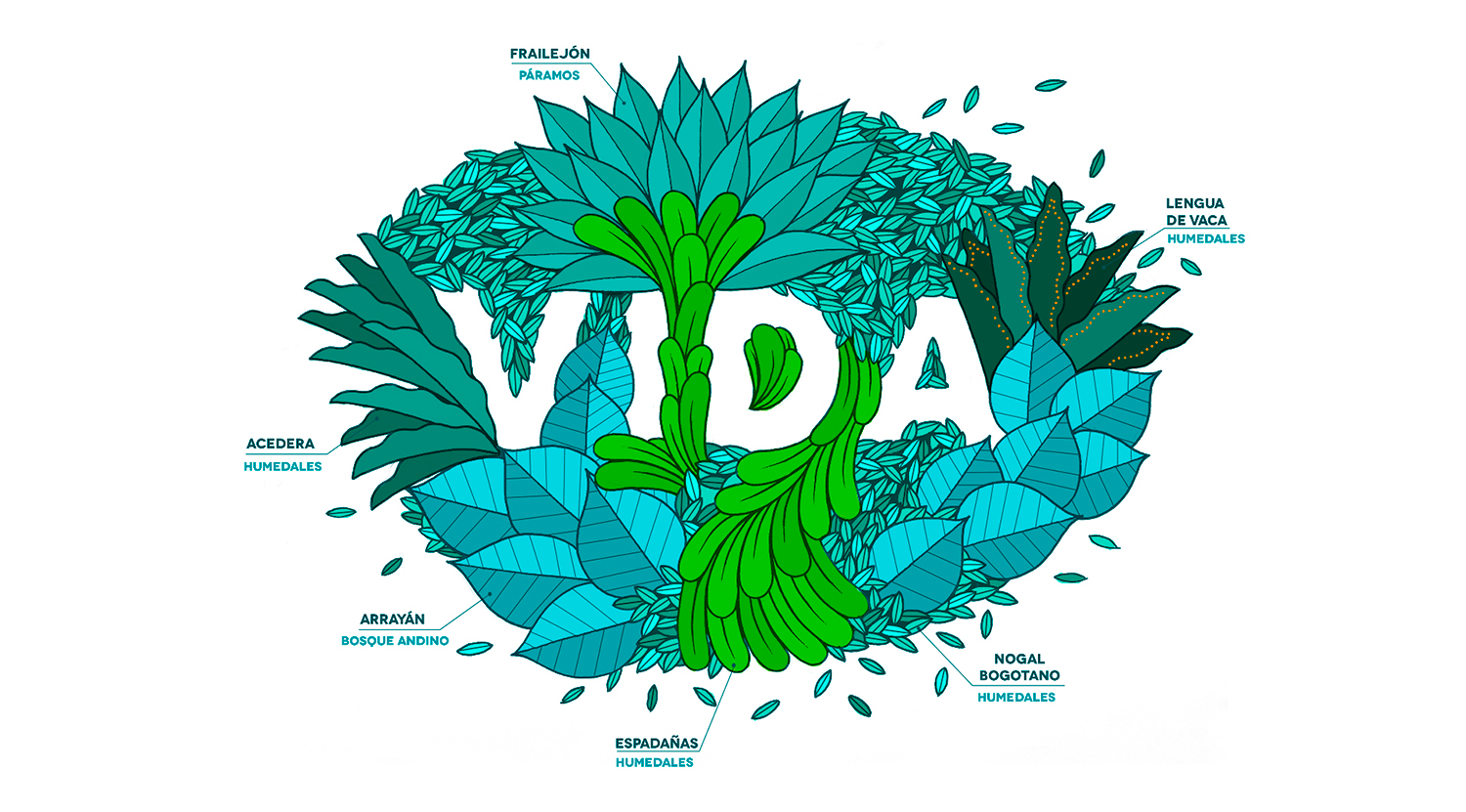 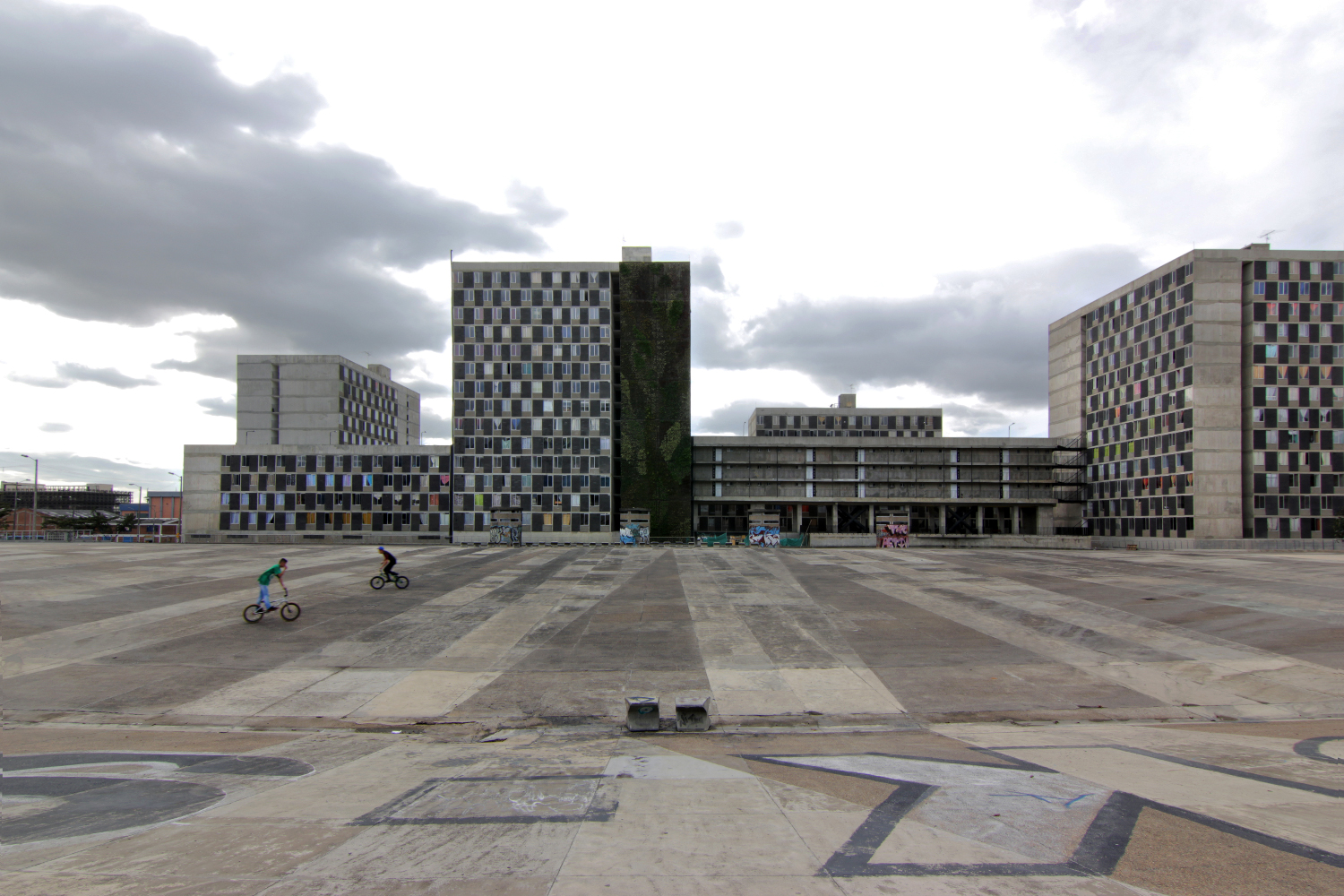 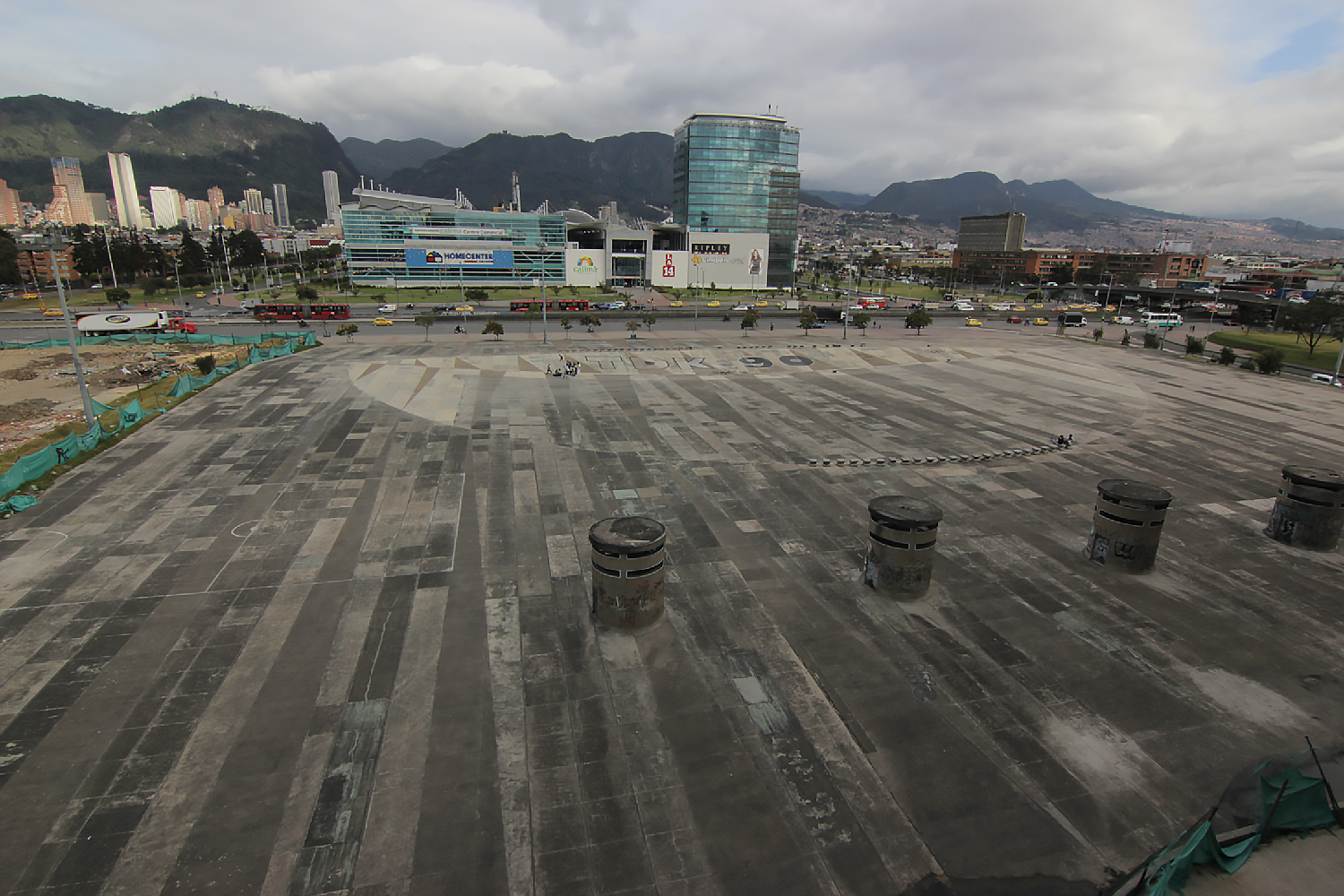 The work consists of a big leaf, built up bay hundreds of smaller leafs, that are assembled in a way that can be read the Word LIFE. Each one of those leafs belongs to the most significative spices of the different ecosystems of the country, making a parallelism with the people that inhabit the building, representing with a symbolic way their places of origin. Bringing them a Little peace of their lands. The painting is on the ground and it's perception is totally different if you walk it than the one given by the view in the building. When you are on top of it you just perceive humongous geometrical forms and colors, but from the heights makes perfect sense, representing the new beginning loaded with hope. 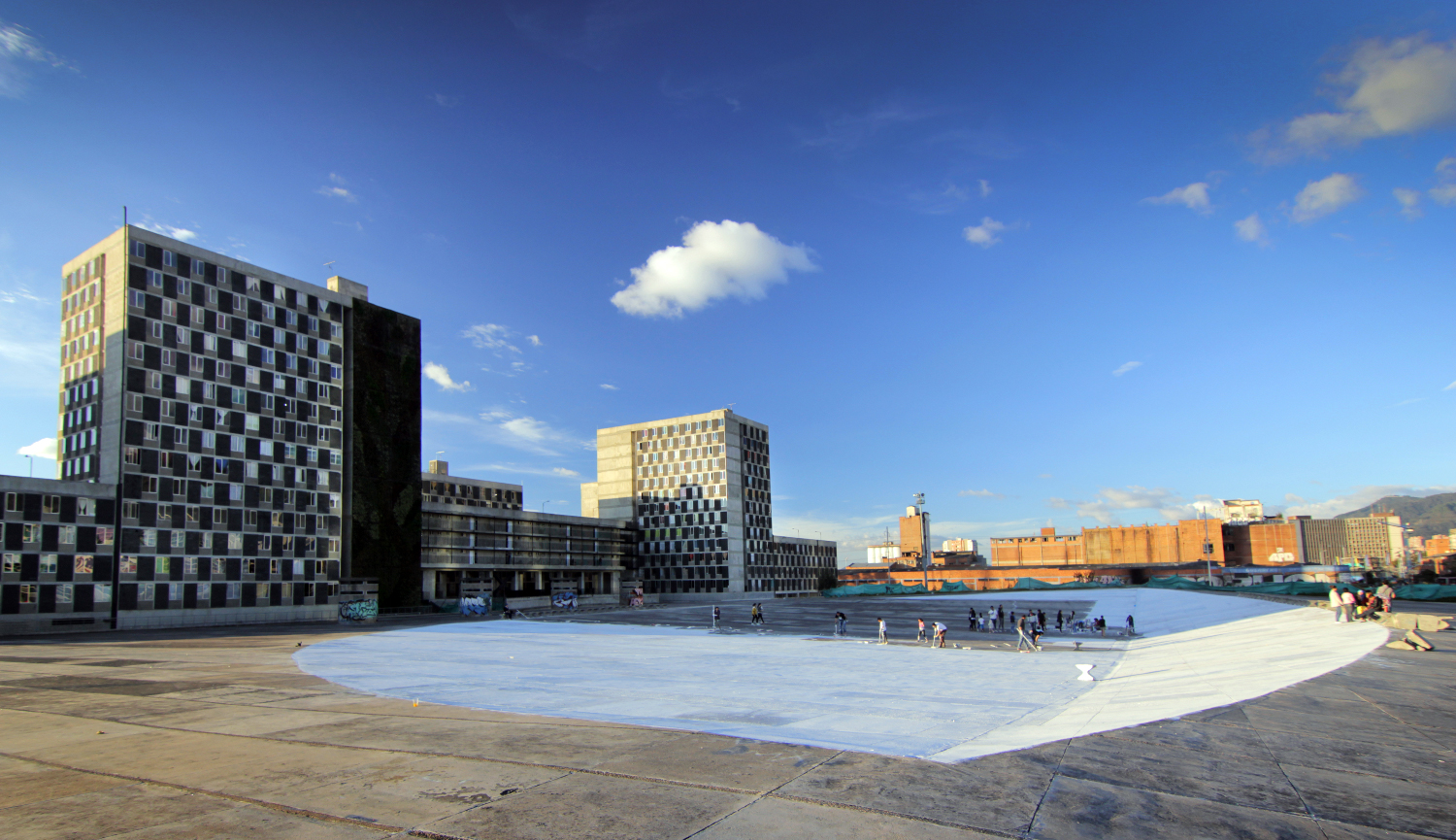 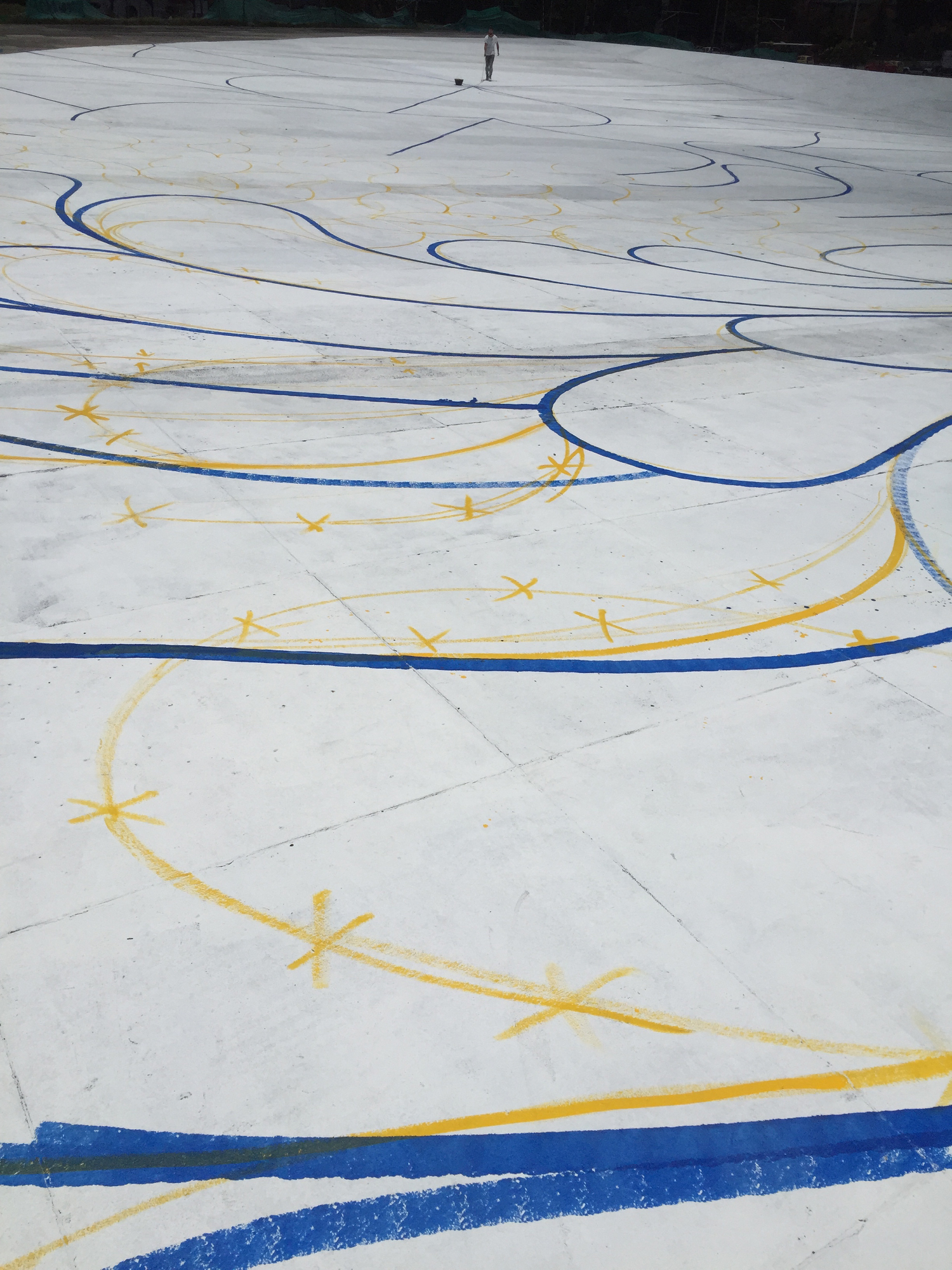 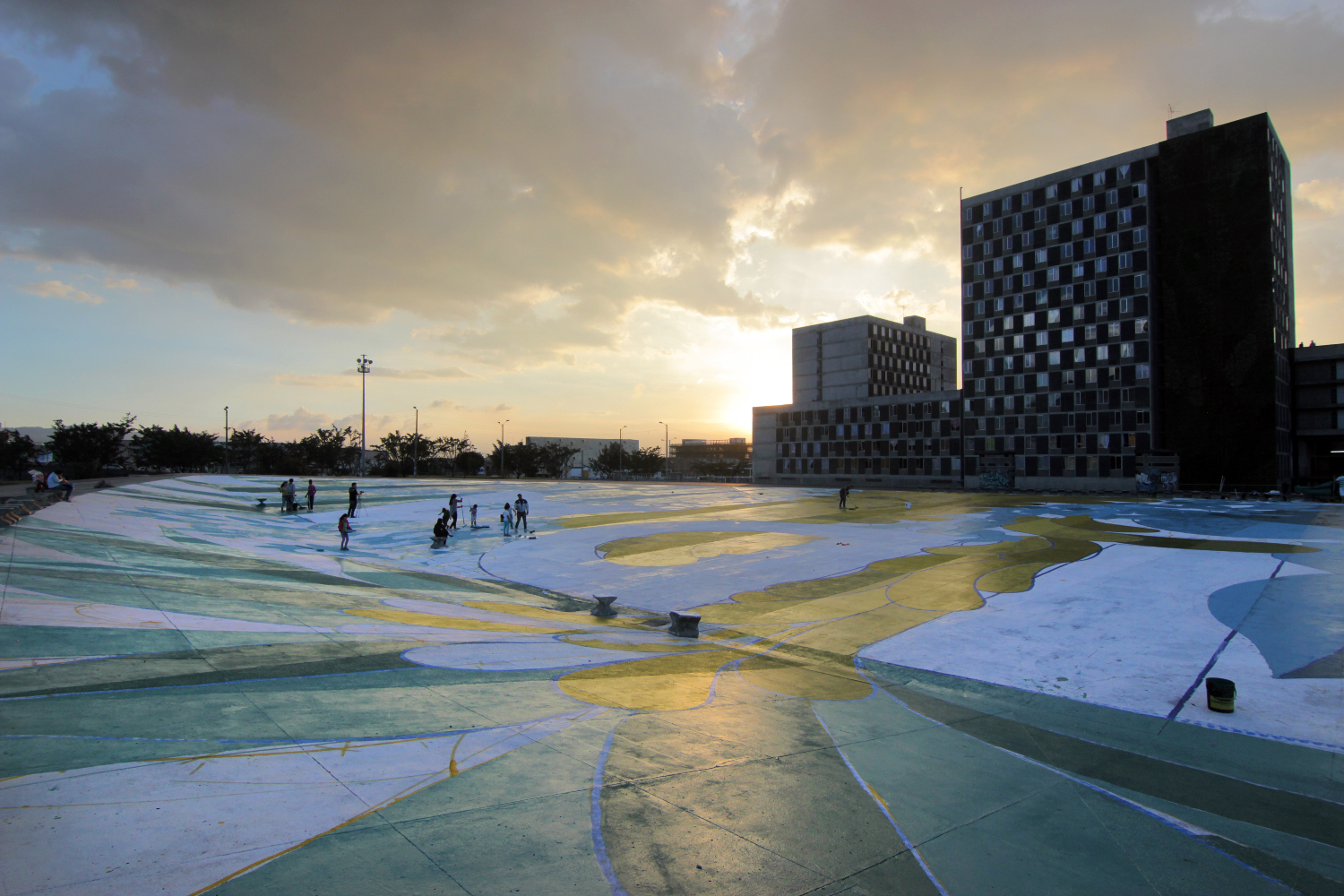 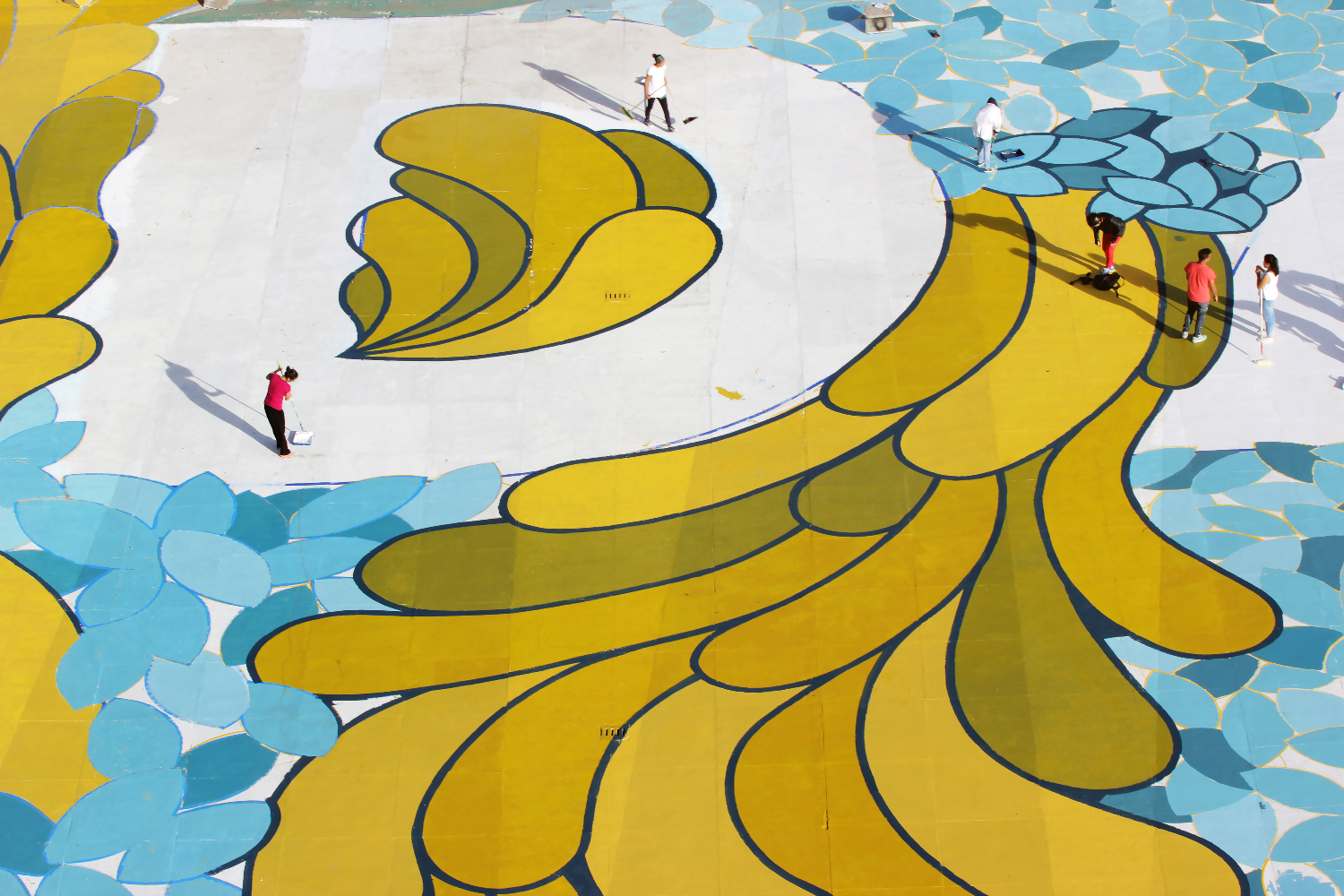 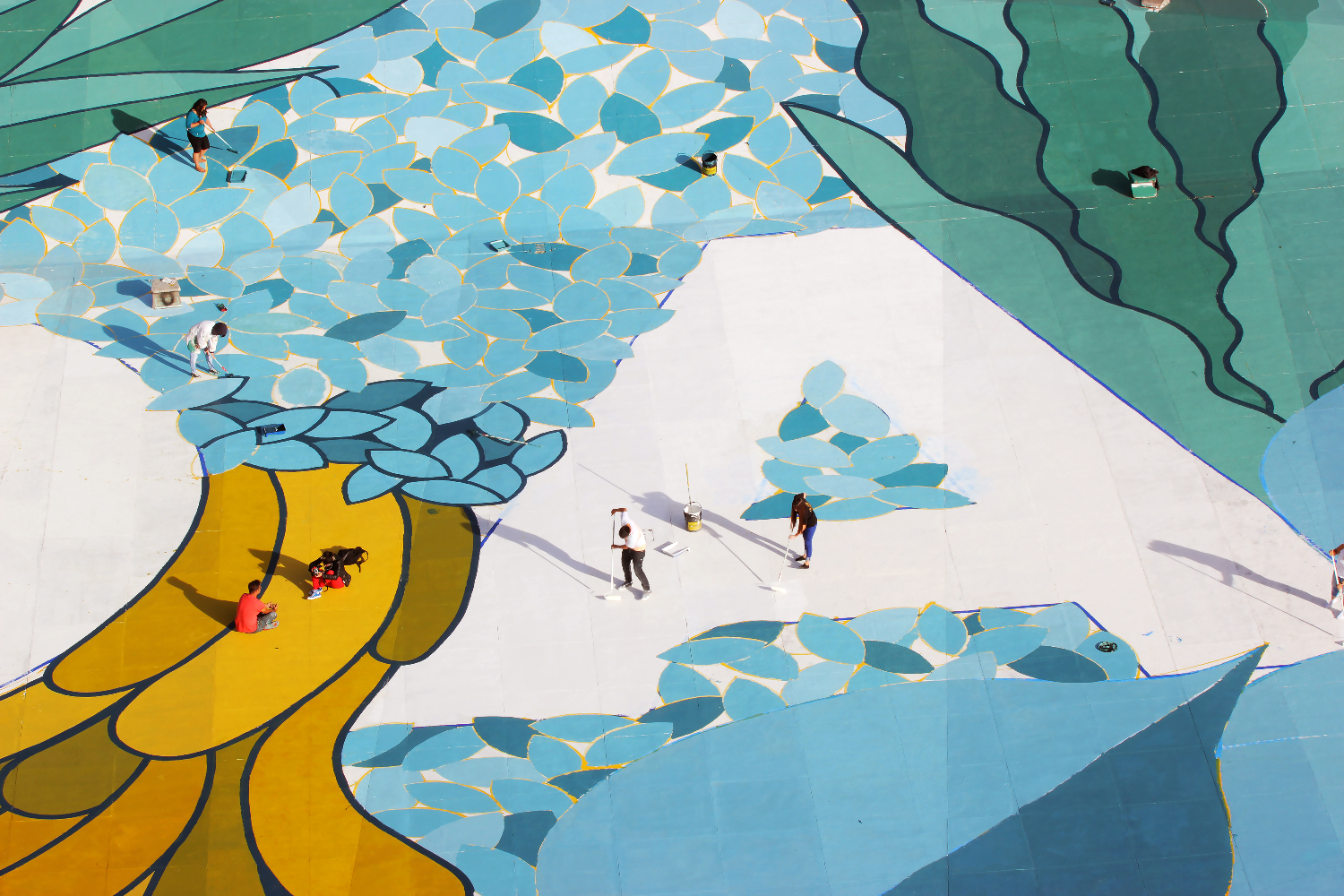 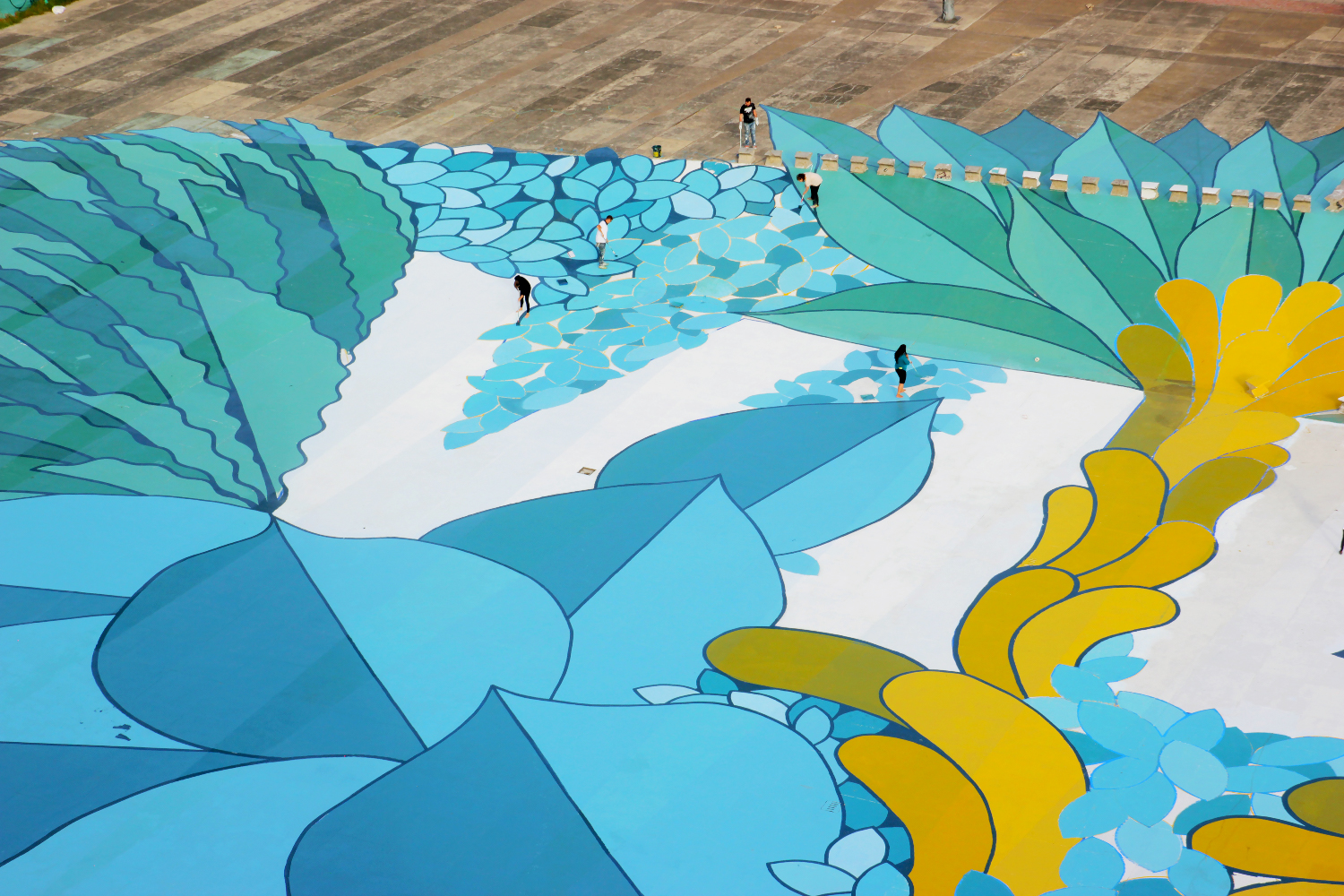 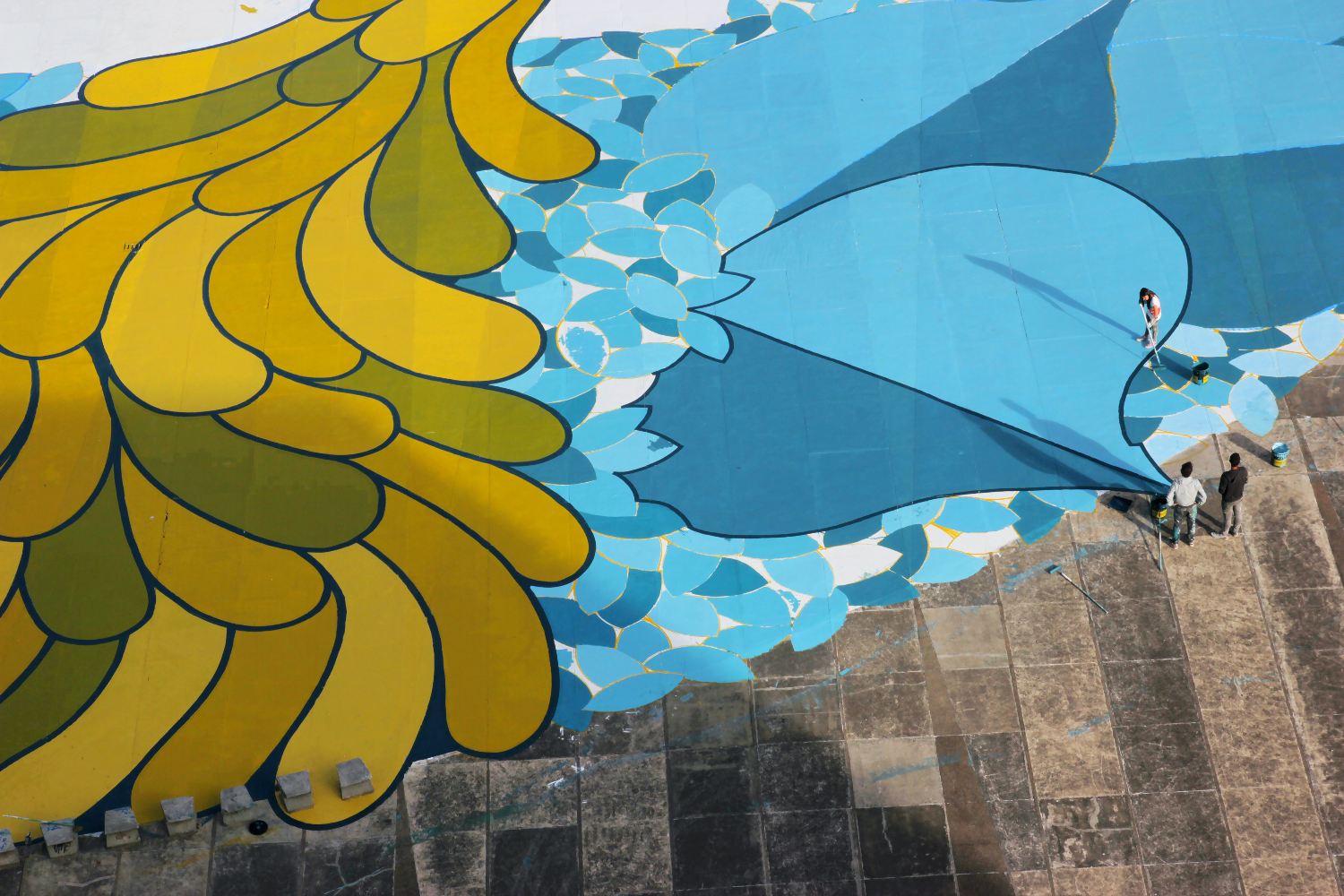 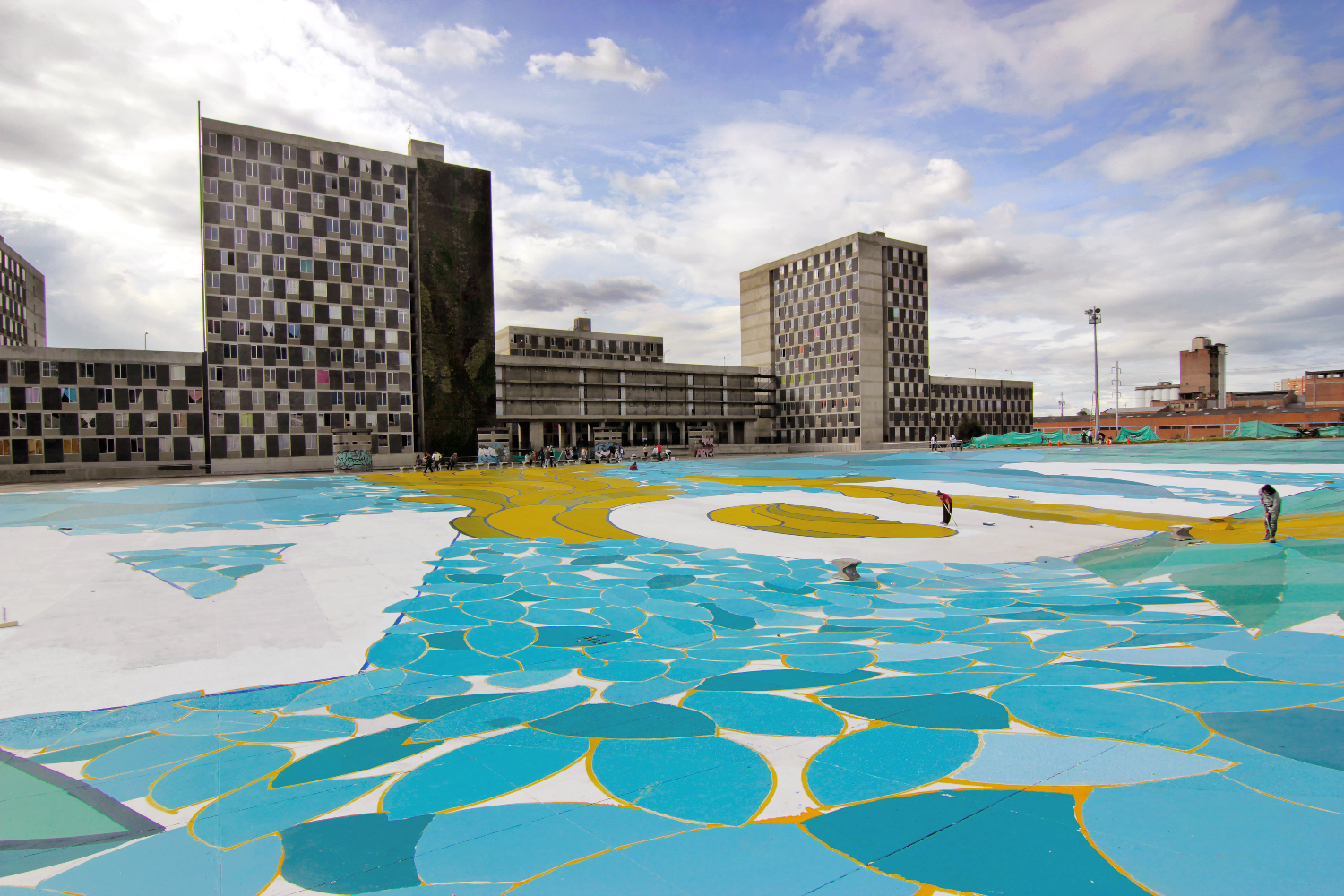 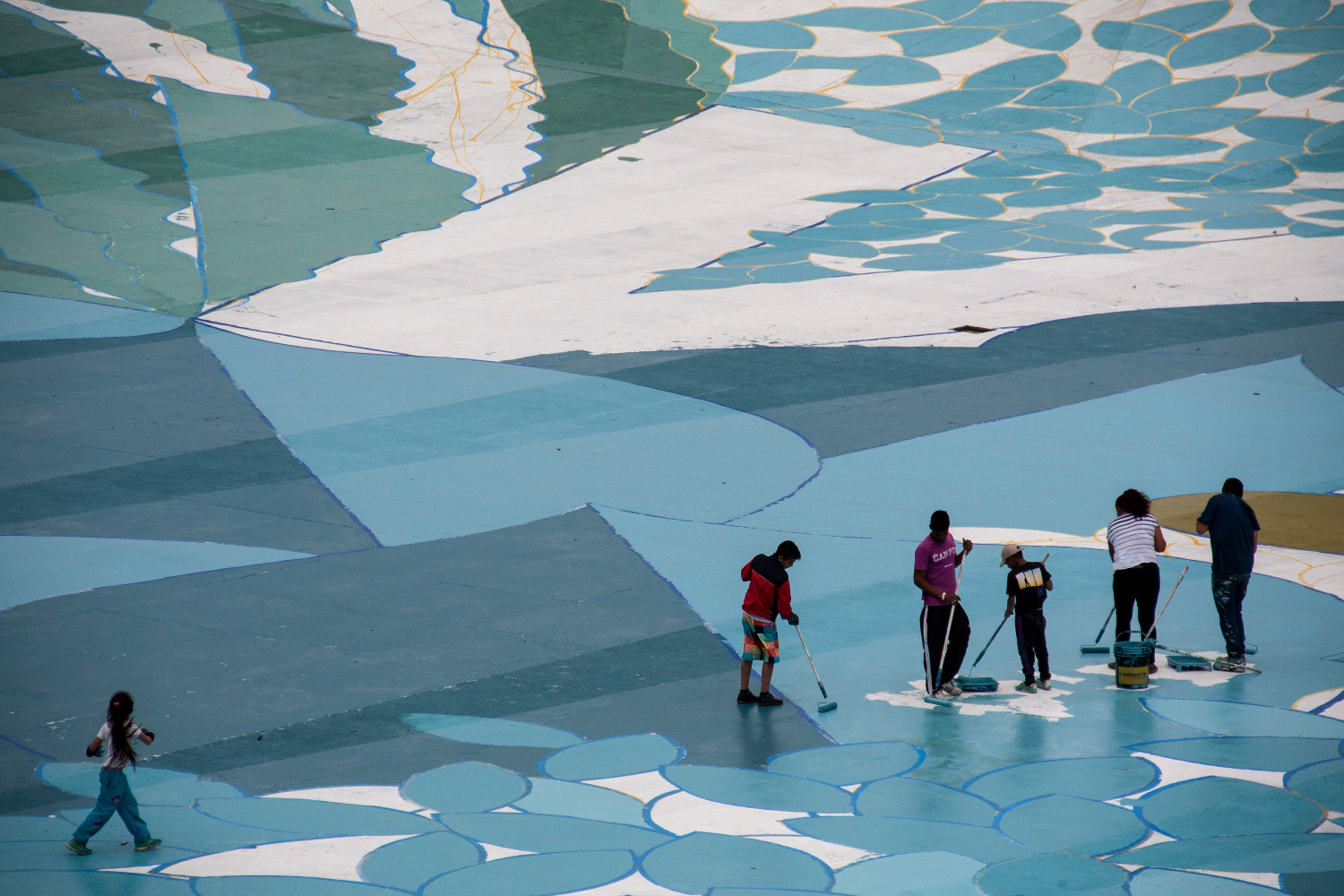 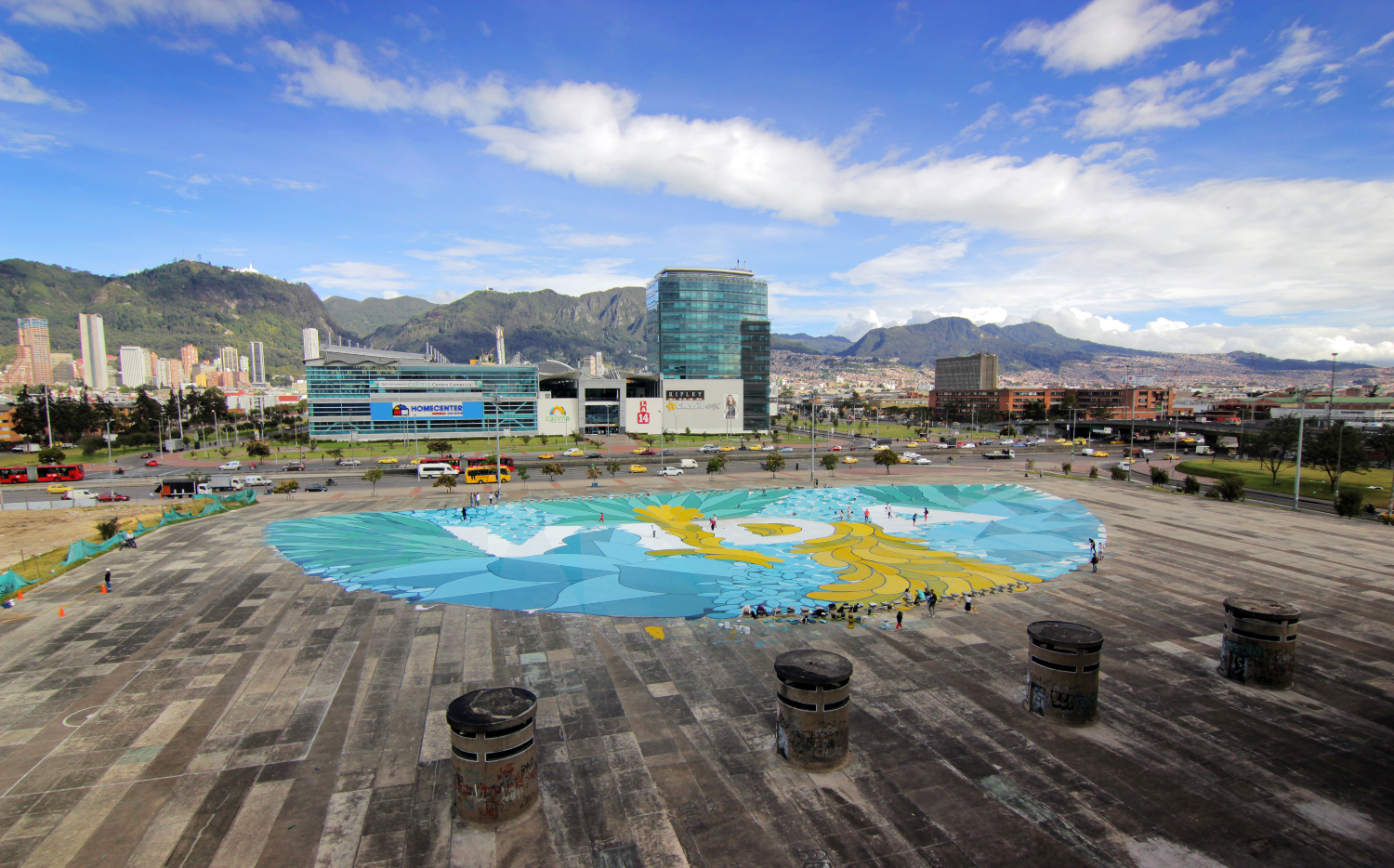 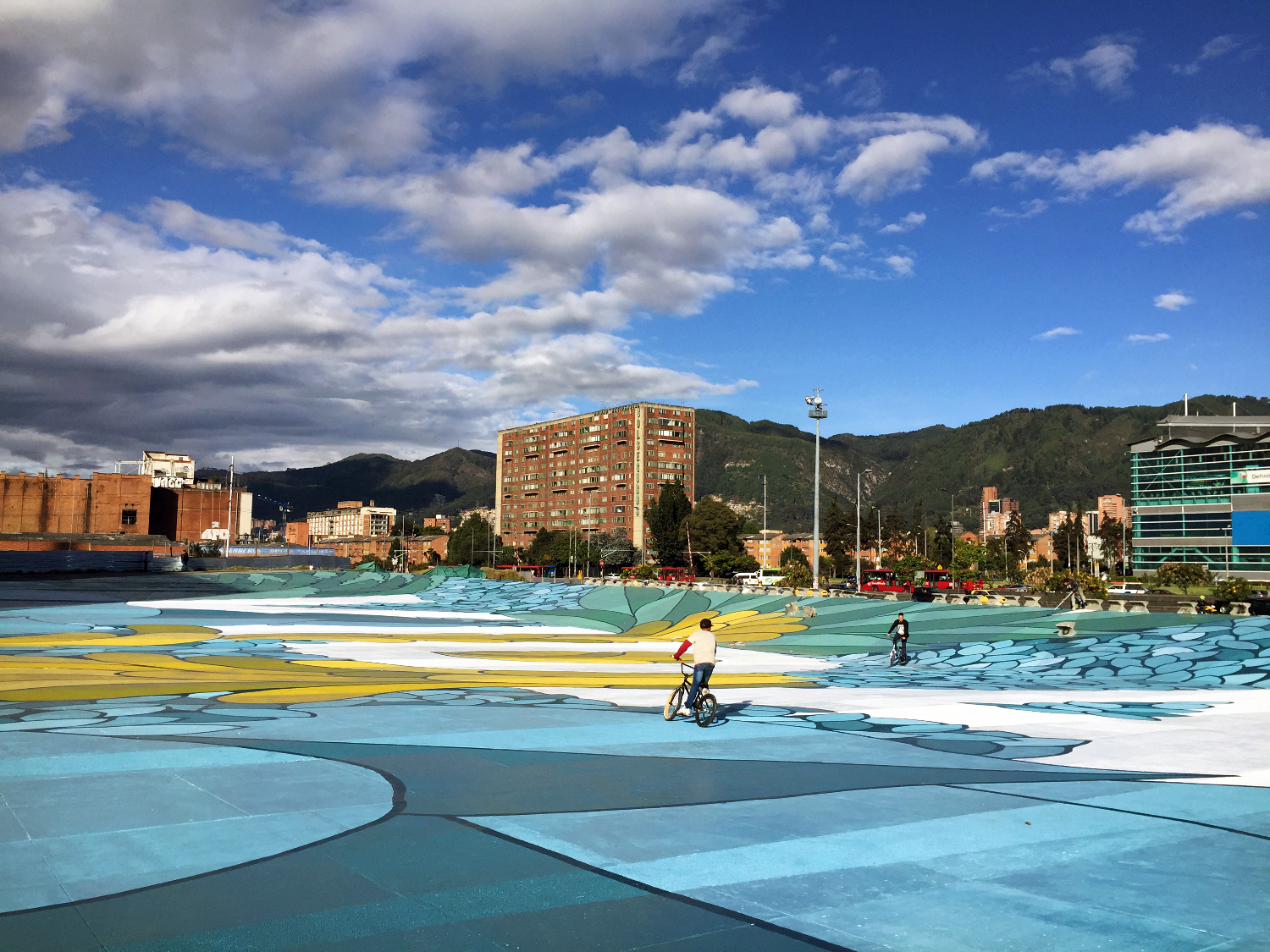 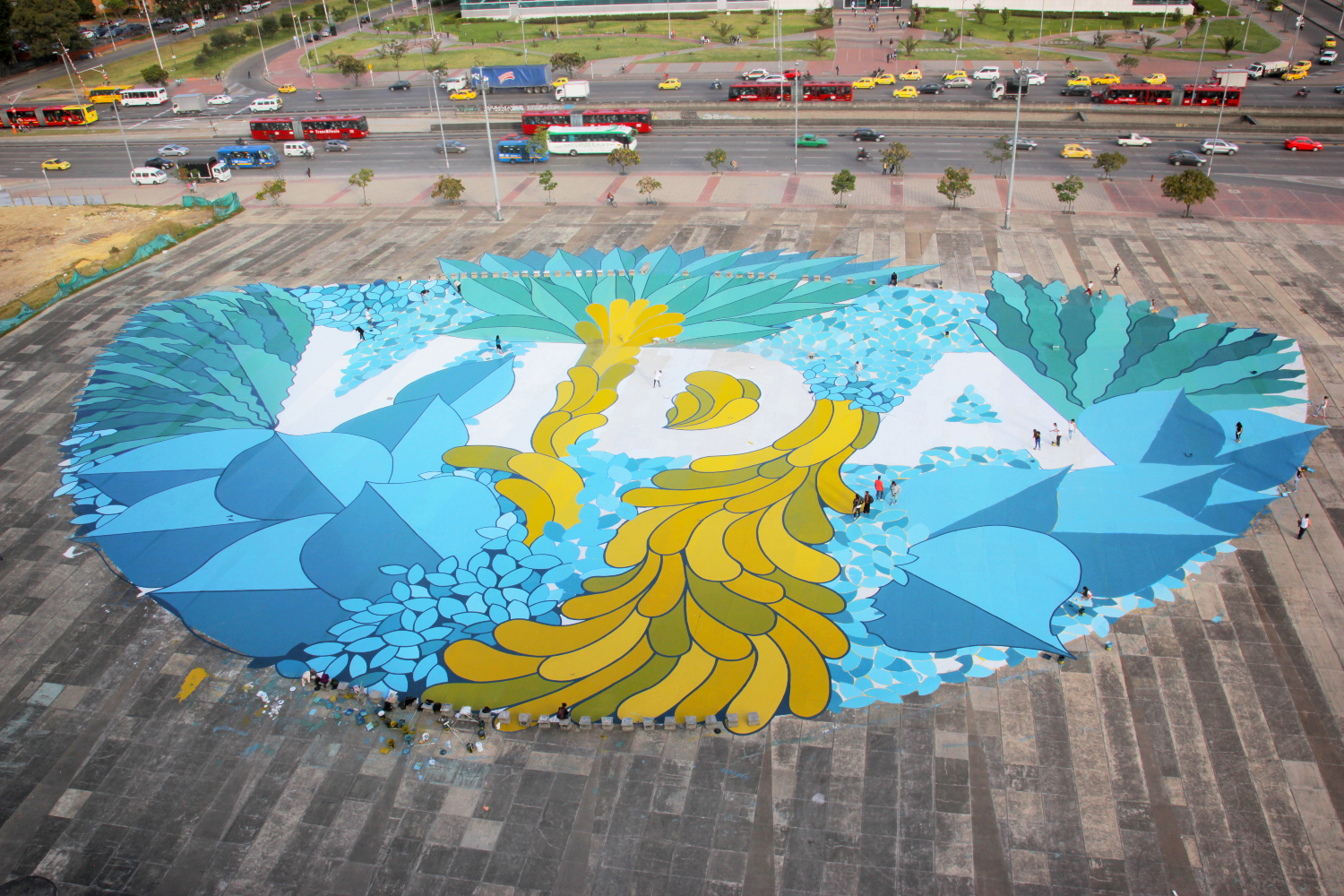 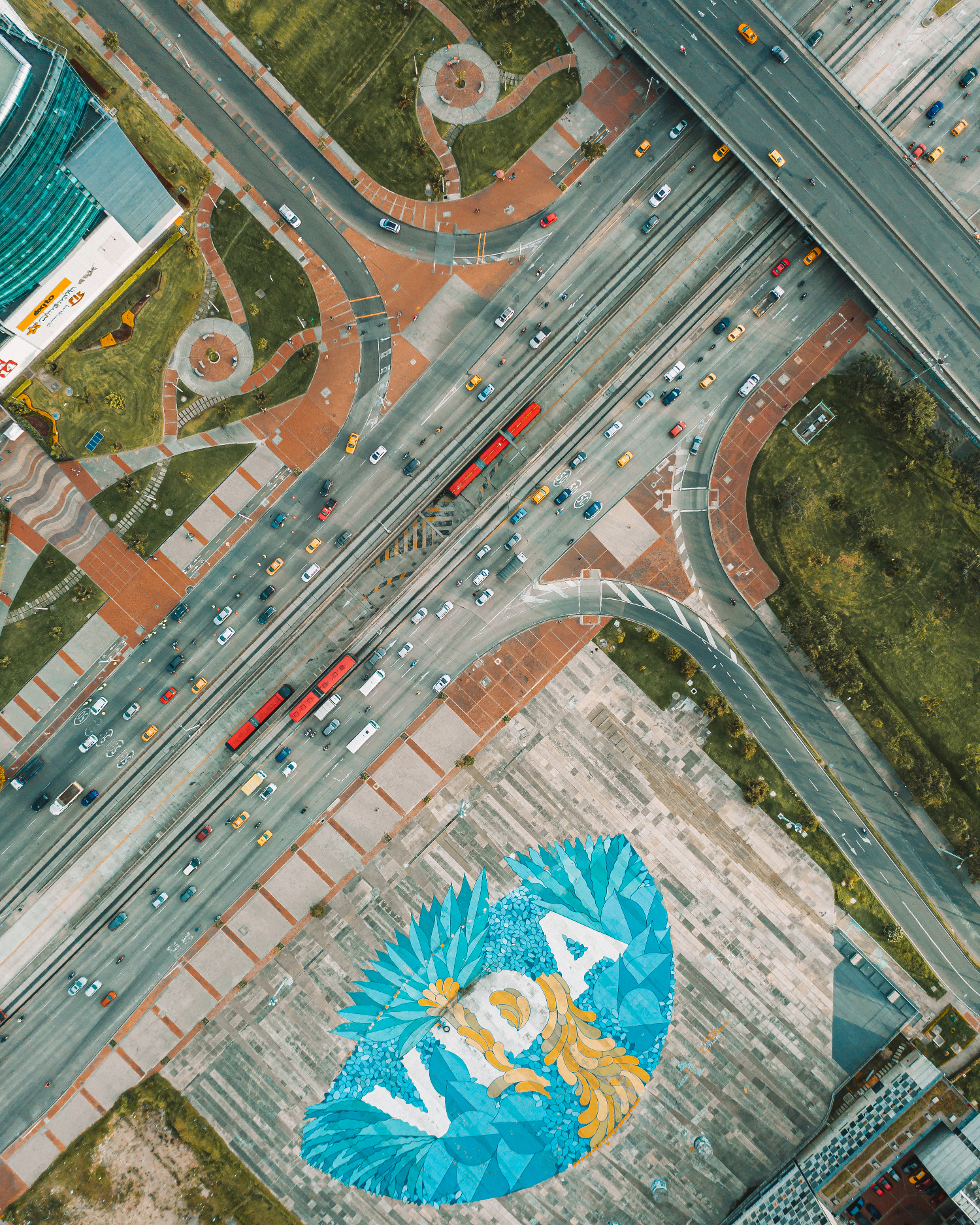