Akron, also known as the Rubber City due to its history in tire fabrication in North America. The goal of the project is to change the actual model of urbanism and way the inhabitants’ live in its downtown.

The interesting natural process of obtaining rubber is the source of inspiration for this urban intervention located at Downtown Akron. Through geometrical patterns, the work creatively tells the story of Akron, intimately linked to the use of these raw materials.

The three-dimensional volumes dialogue with the shapes of the floor and help create a maze through which the verses of Akronite writer Rita Dove slide. 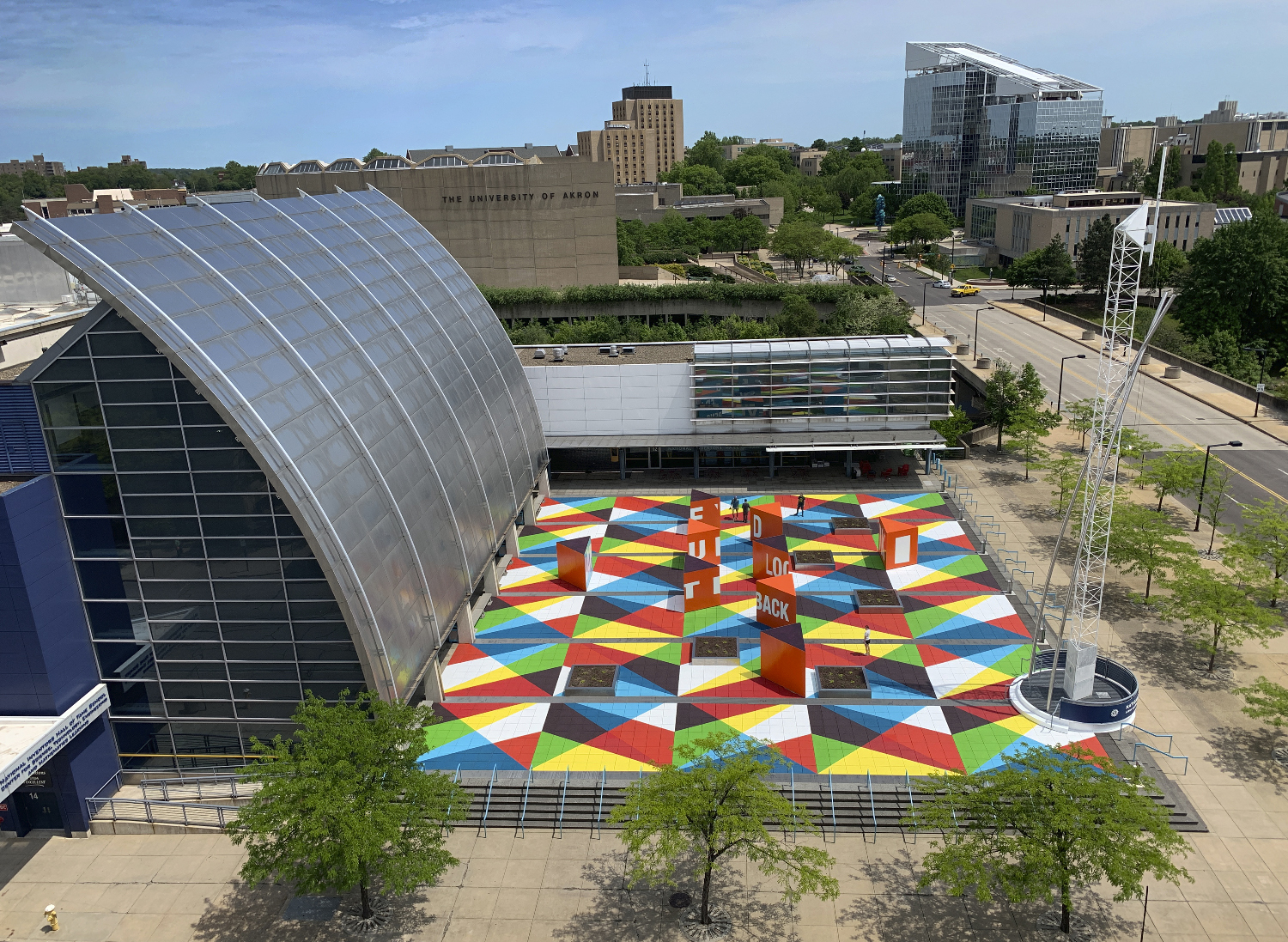 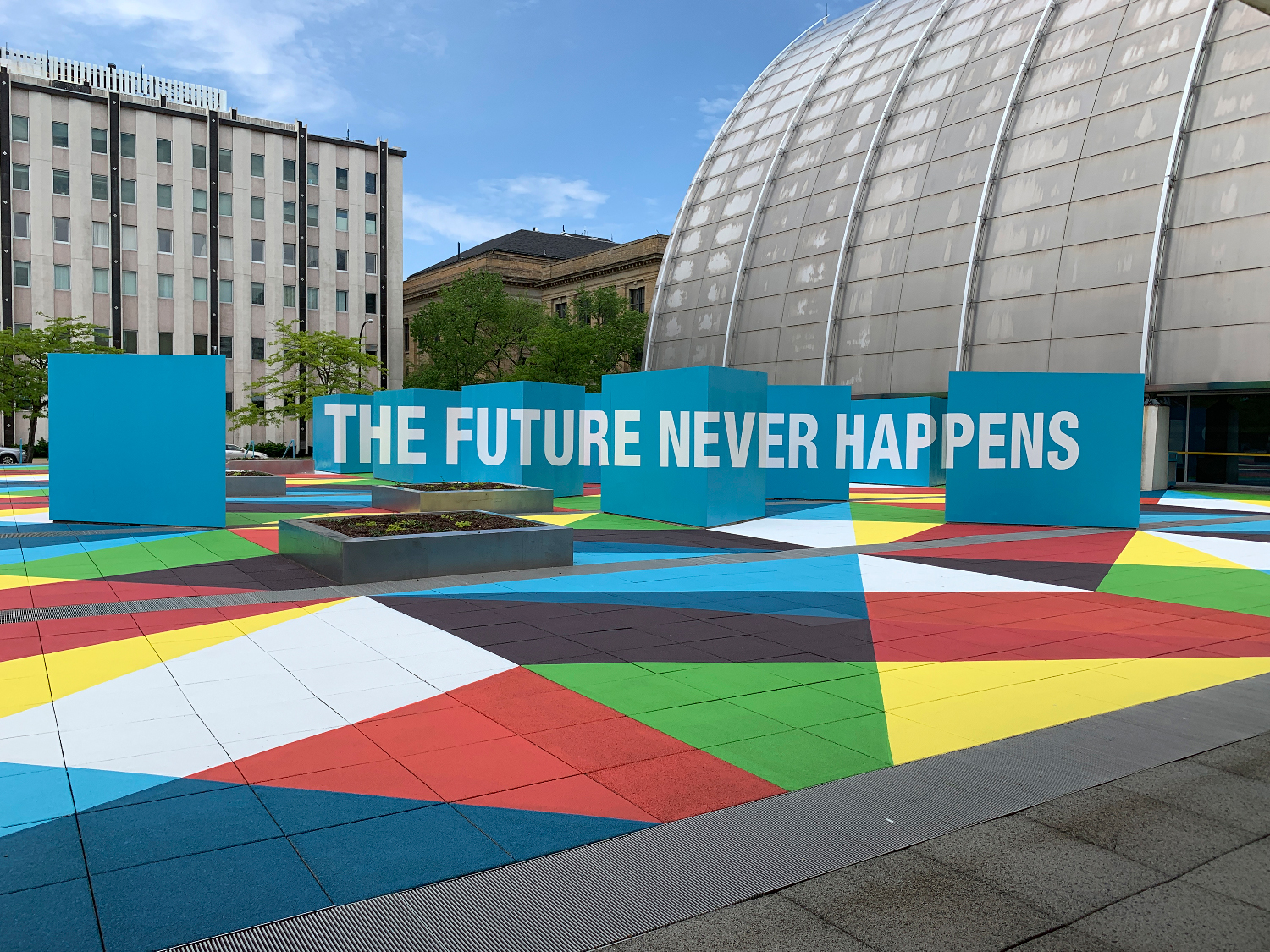 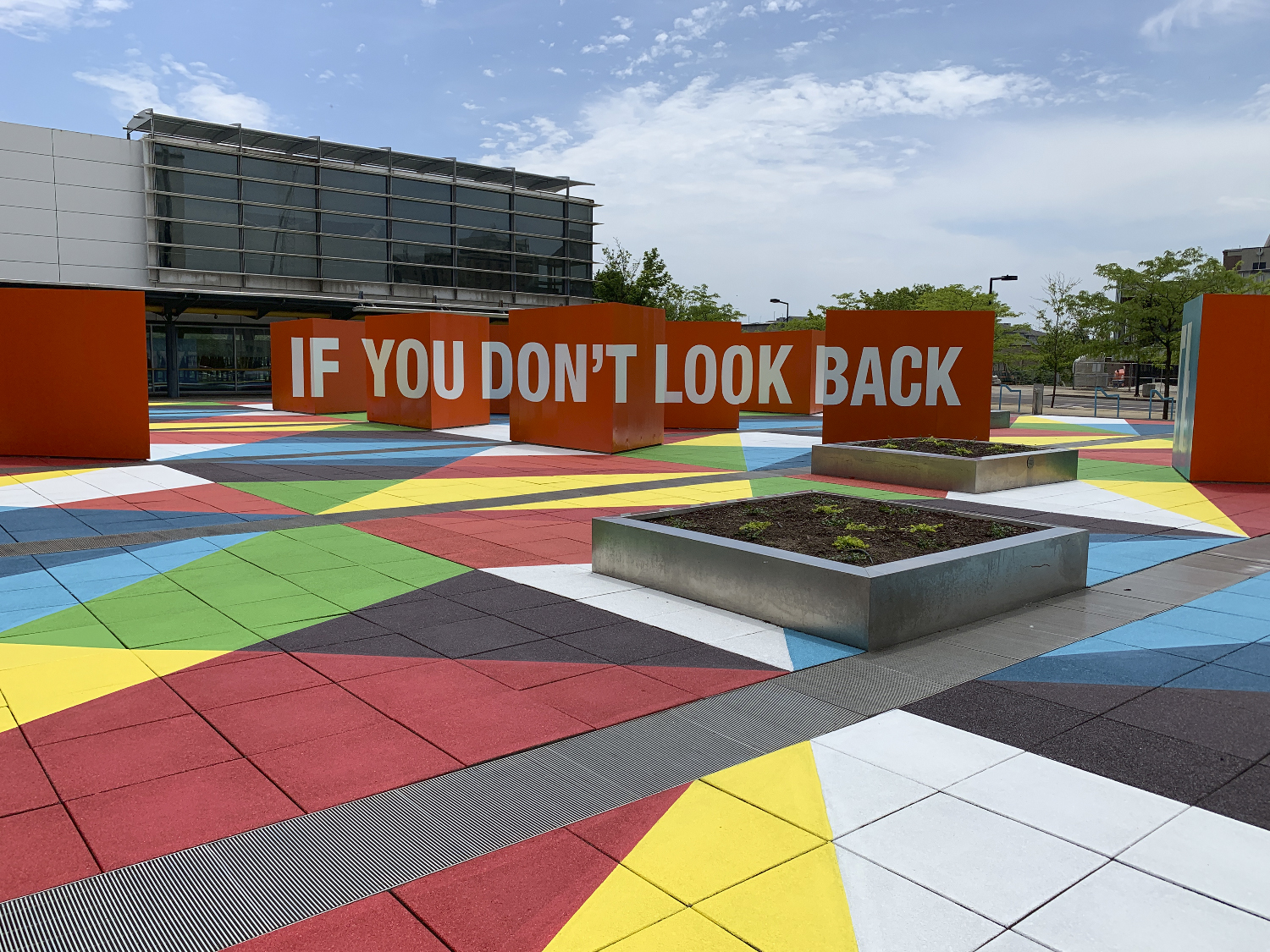 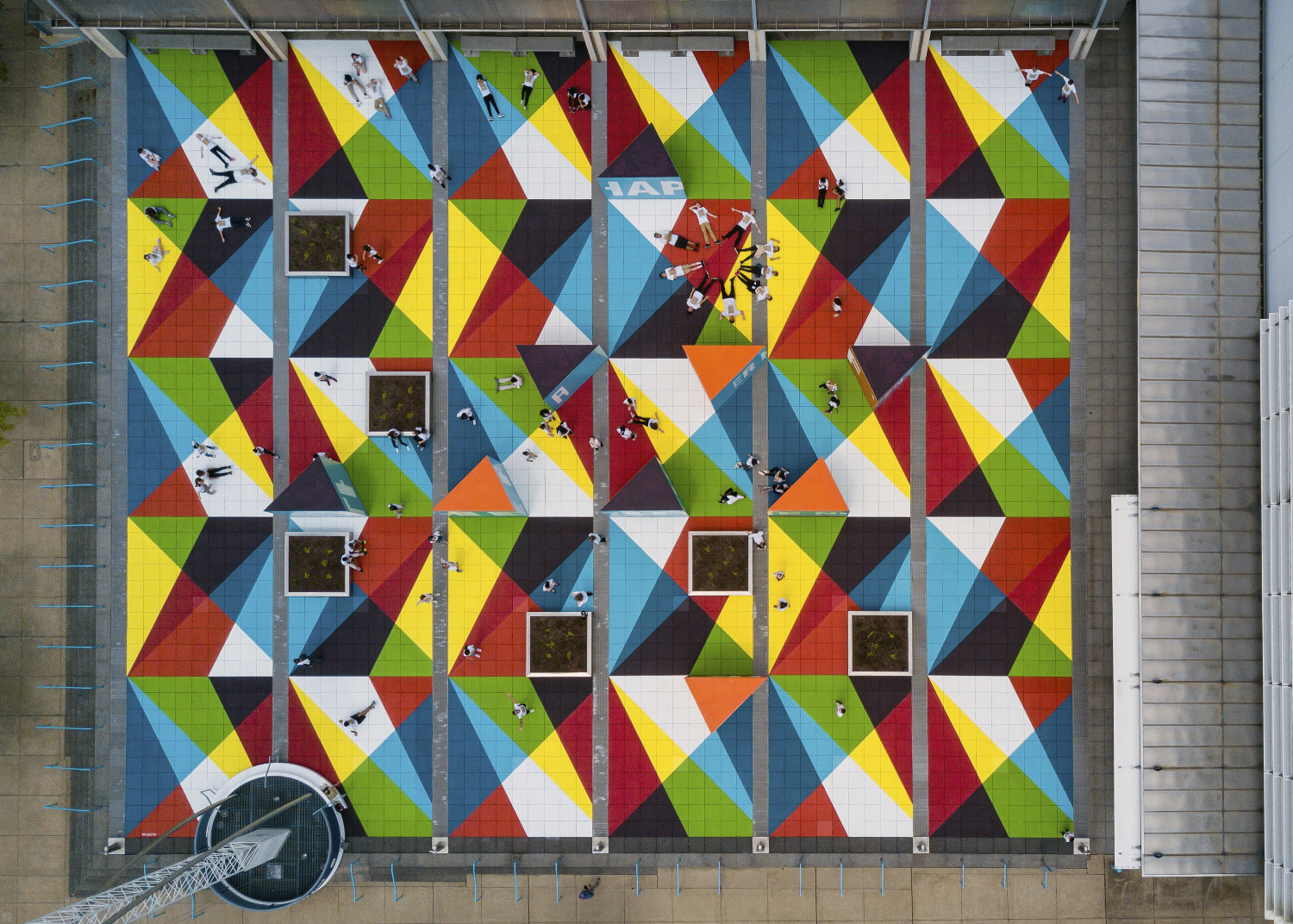 For almost 200 years, Akron, Ohio, has been the birthplace of ideas, systems, products and inventions that have had an unequivocally positive impact on the world and its citizens.

Strategically solved, Akron’s geographic location has been tapped throughout its history, from waterways, roads systems, and air transportation. In the same way, its identity has become a fertile landscape of inspiration and creation. Ideas have always flourished, bringing improvements and substantial advances in each facet of the production of Akron ́s community.

Currently, Downtown Akron works strategically to make the center of the city more attractive to people.

Based on the urban features and user analysis developed by Gehl Architects, a plan of interventions has been developed that includes the construction of leisure infrastructures, the improvement of lighting, the expansion of the cultural offer for young people and the implementation of artistic interventions that help activate squares and other public spaces.

Our intervention is an opportunity to create a more human and inviting downtown and to highlight the identity of Akron from a creative perspective.

The word “rubber” derives from the Taino word “cauchu”, meaning “crying tree”. This concept comes from the process of extracting the latex through incisions in the trunk of the rubber trees, from which this precious liquid flows slowly.

The inspiring geometric shapes that the first rubber gatherers traced on the bark of these trees remind us that there is a fascinating beauty if we explore the roots of the manufacturing processes that are now part of the inseparable history of our cities.

These forms represent the origin of a great city and we believe they can be a powerful identity to help Akron look forward.

The pattern adapts to the shape of the square, invading the entire space with playful color overlays. It is an abstract design that dialogues with adjacent buildings and streets in a new way. 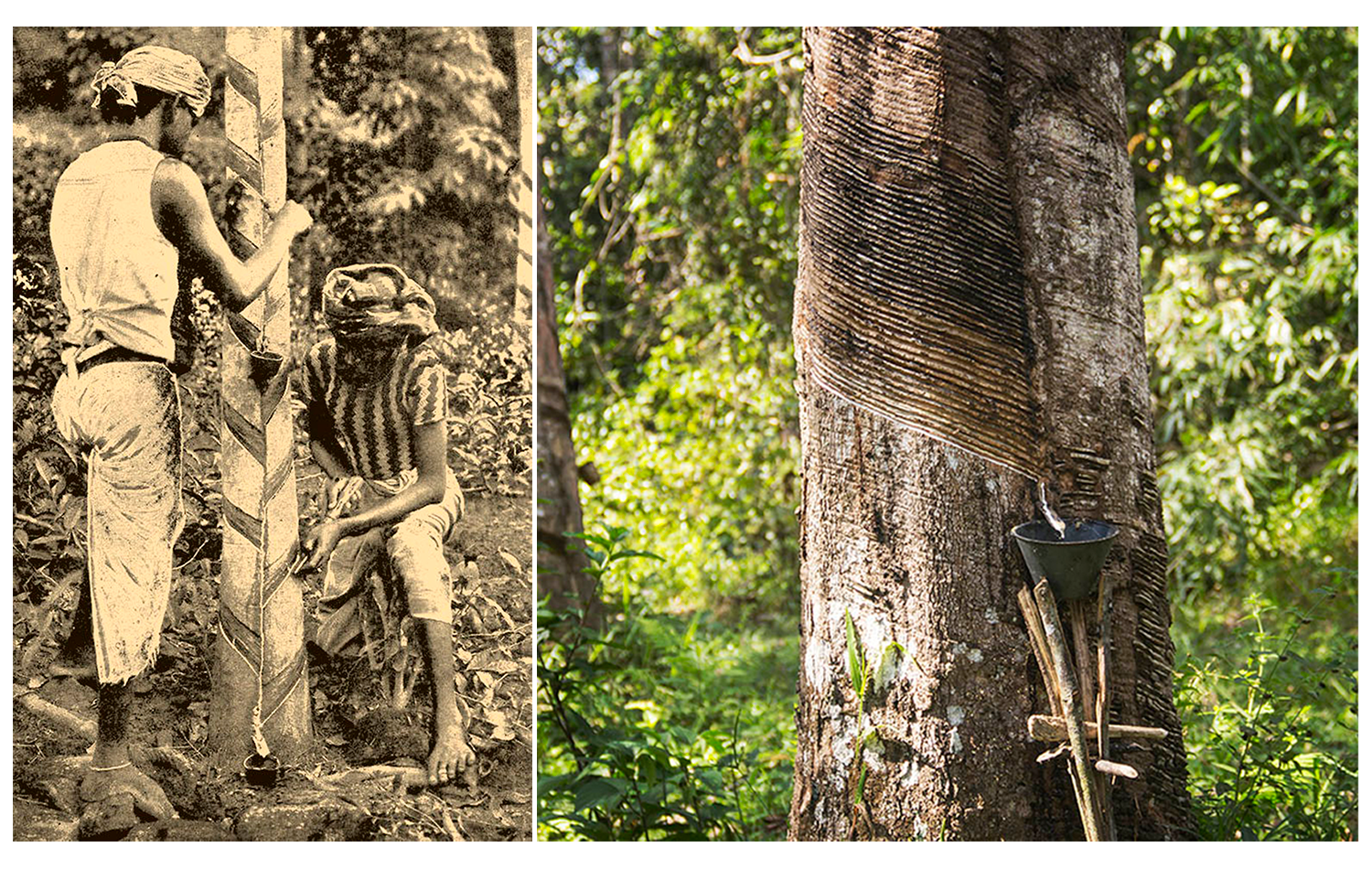 These simple triangular base prisms are arranged according to the pattern created by the floor design, creating a surprising urban maze. The installation seeks to confront the viewer with a new architecture and help change the perspective of downtown towards an exciting place full of leisure and creativity spaces. 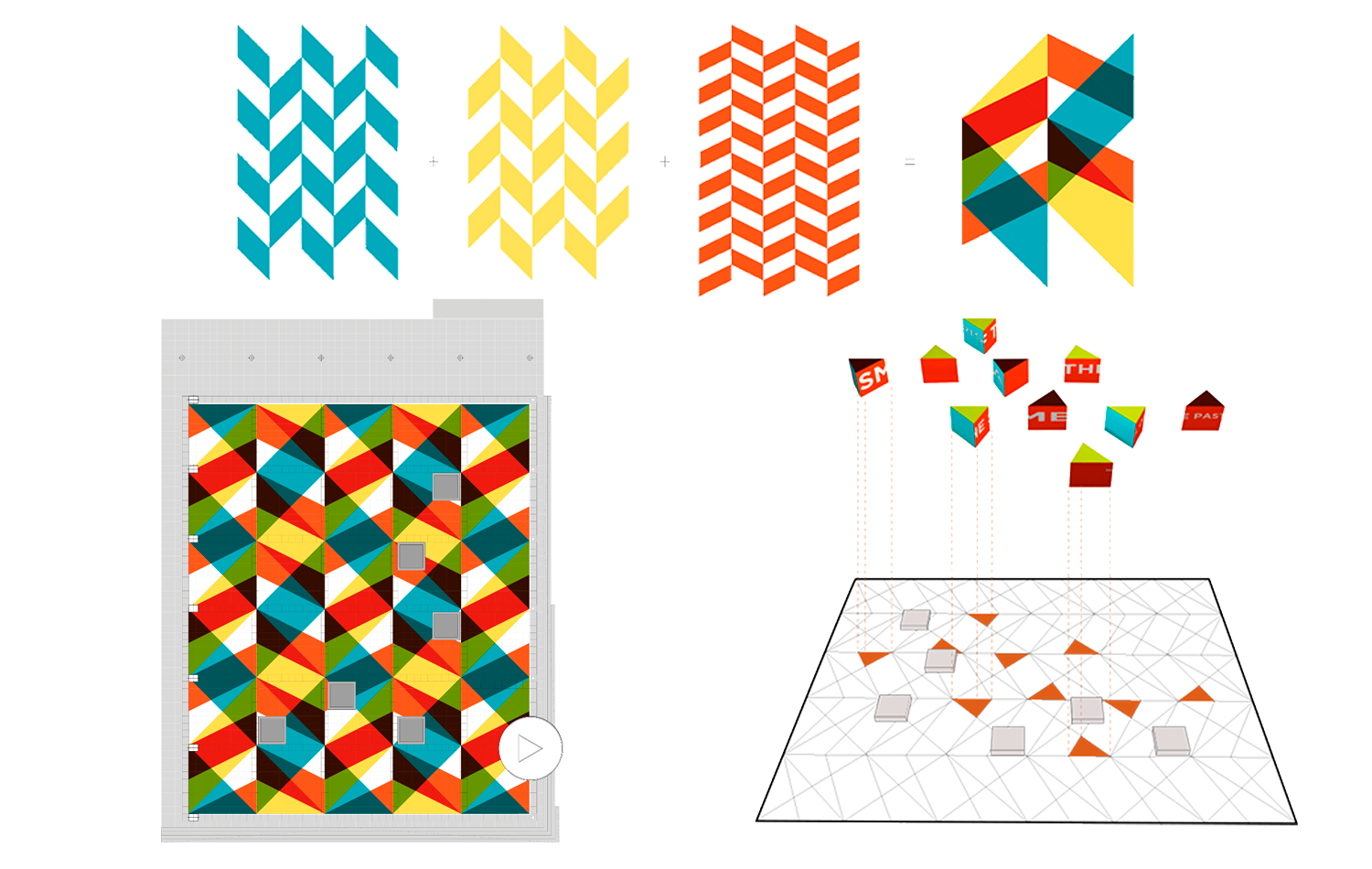 During the whole process, we have had a lot of commitment from the neighbors of the entire city, but especially from the students at the STEM school, located right on the square which they cross every day to go to school. We designed various activities and workshops with the students, to design mockups of the plaza and prism distribution proposals, as well as look for proper words we could use. It was a good excuse for us to present the project and create a feeling of empowerment in them. 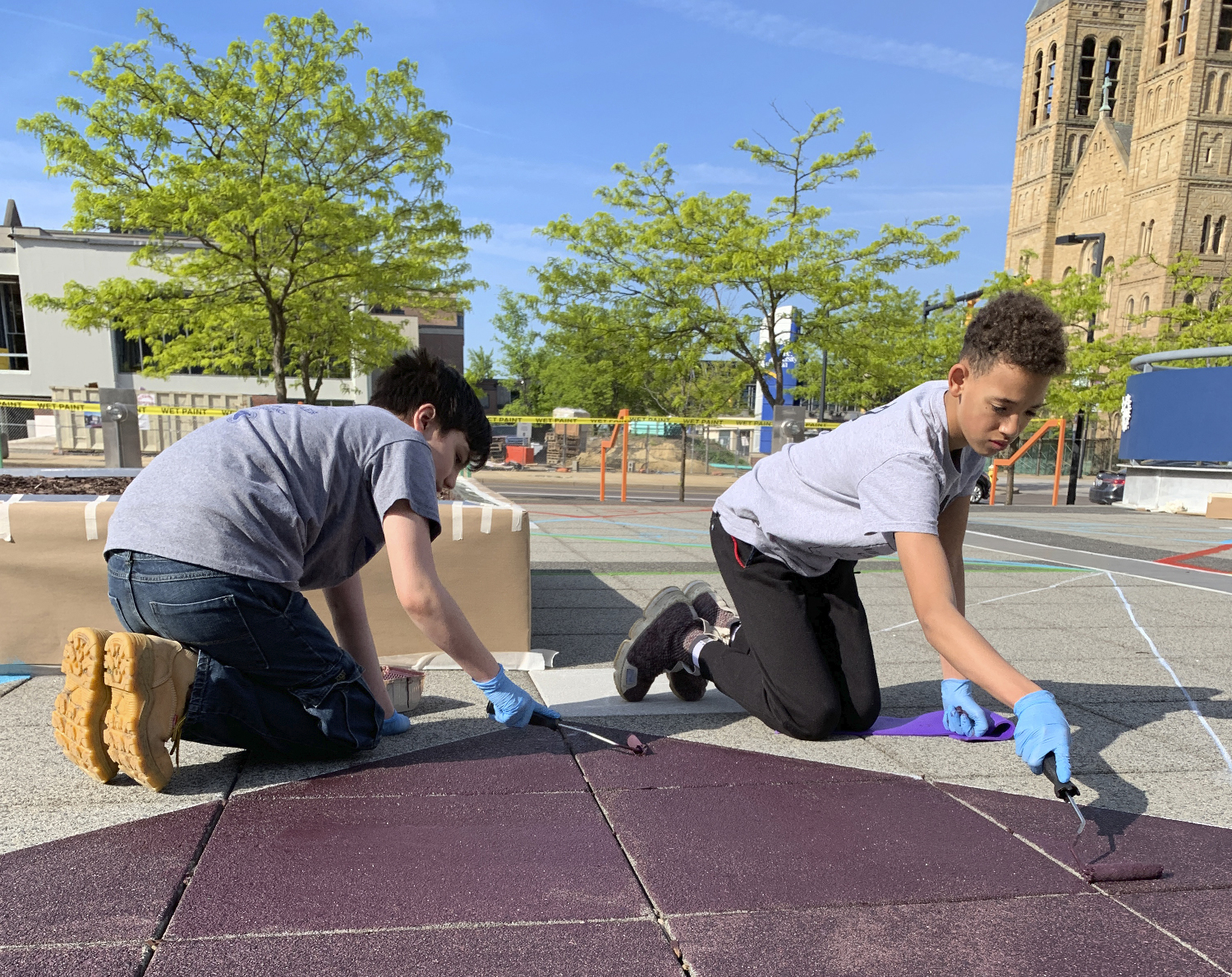 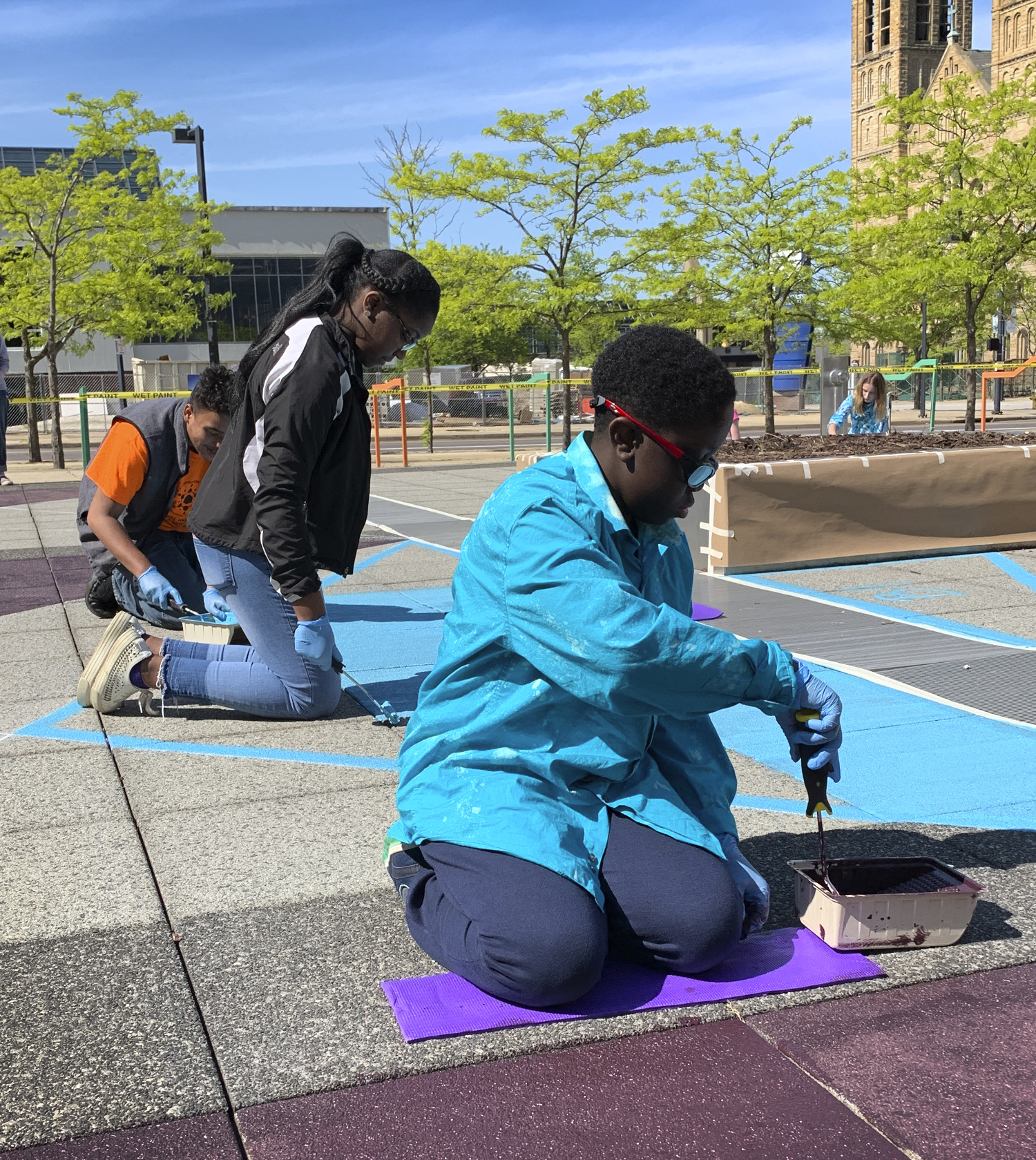 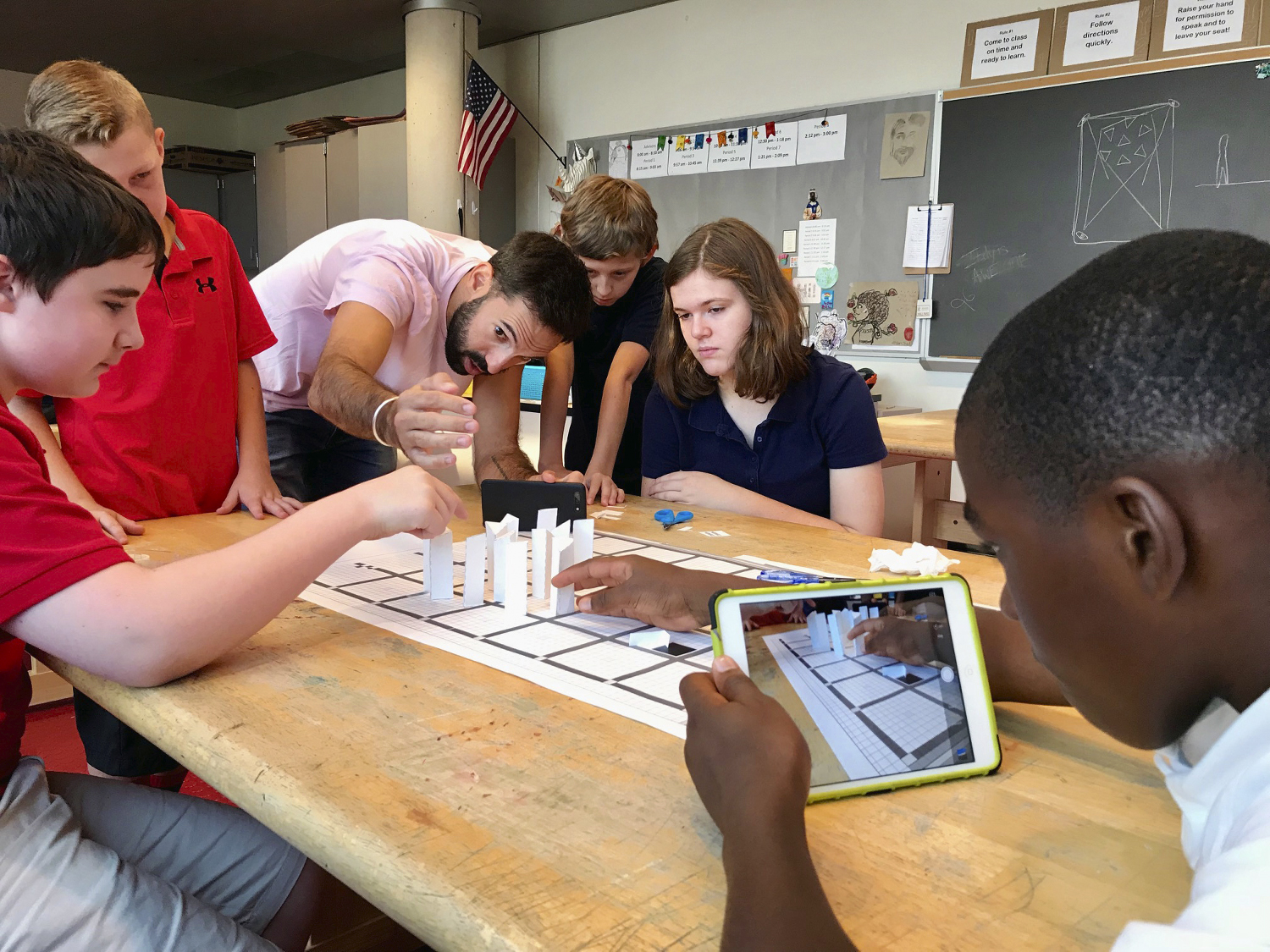 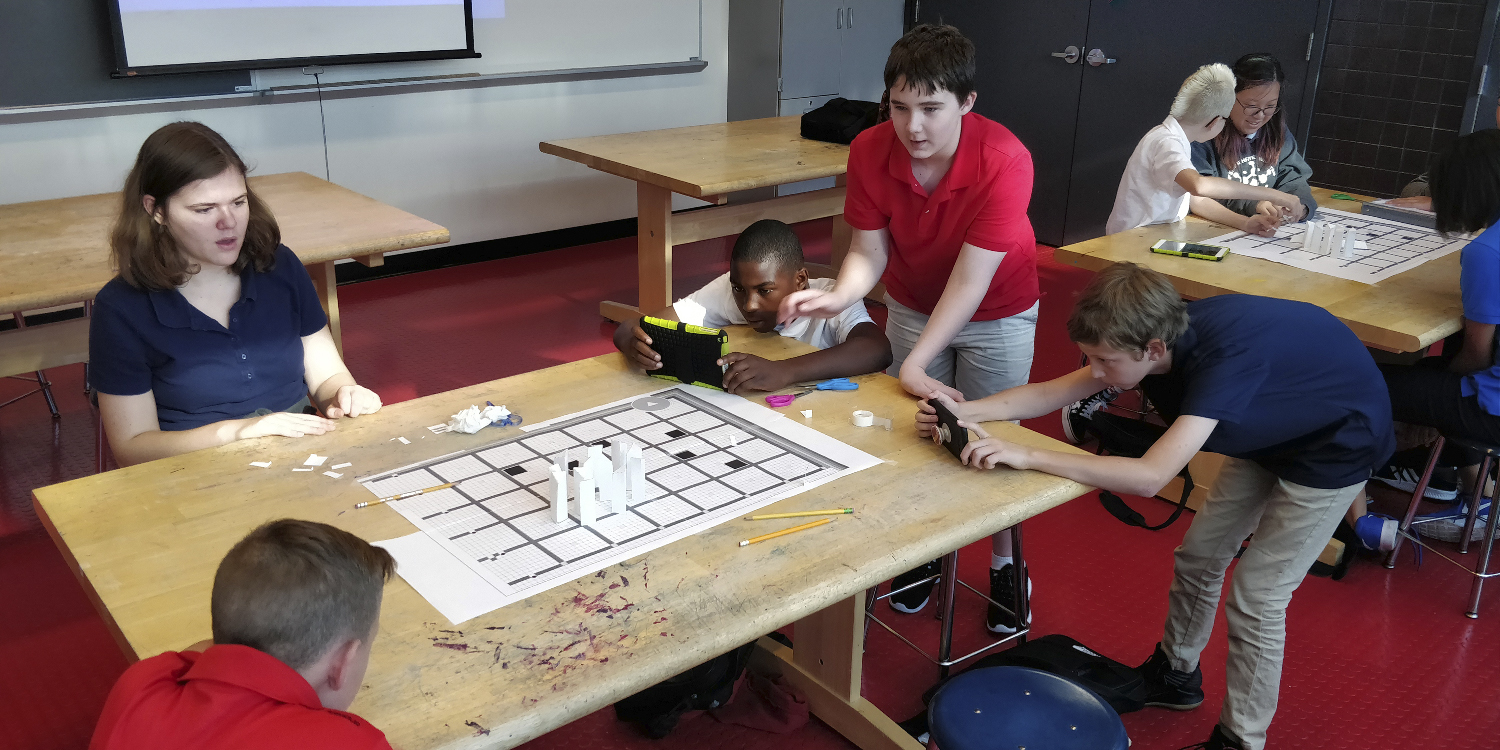 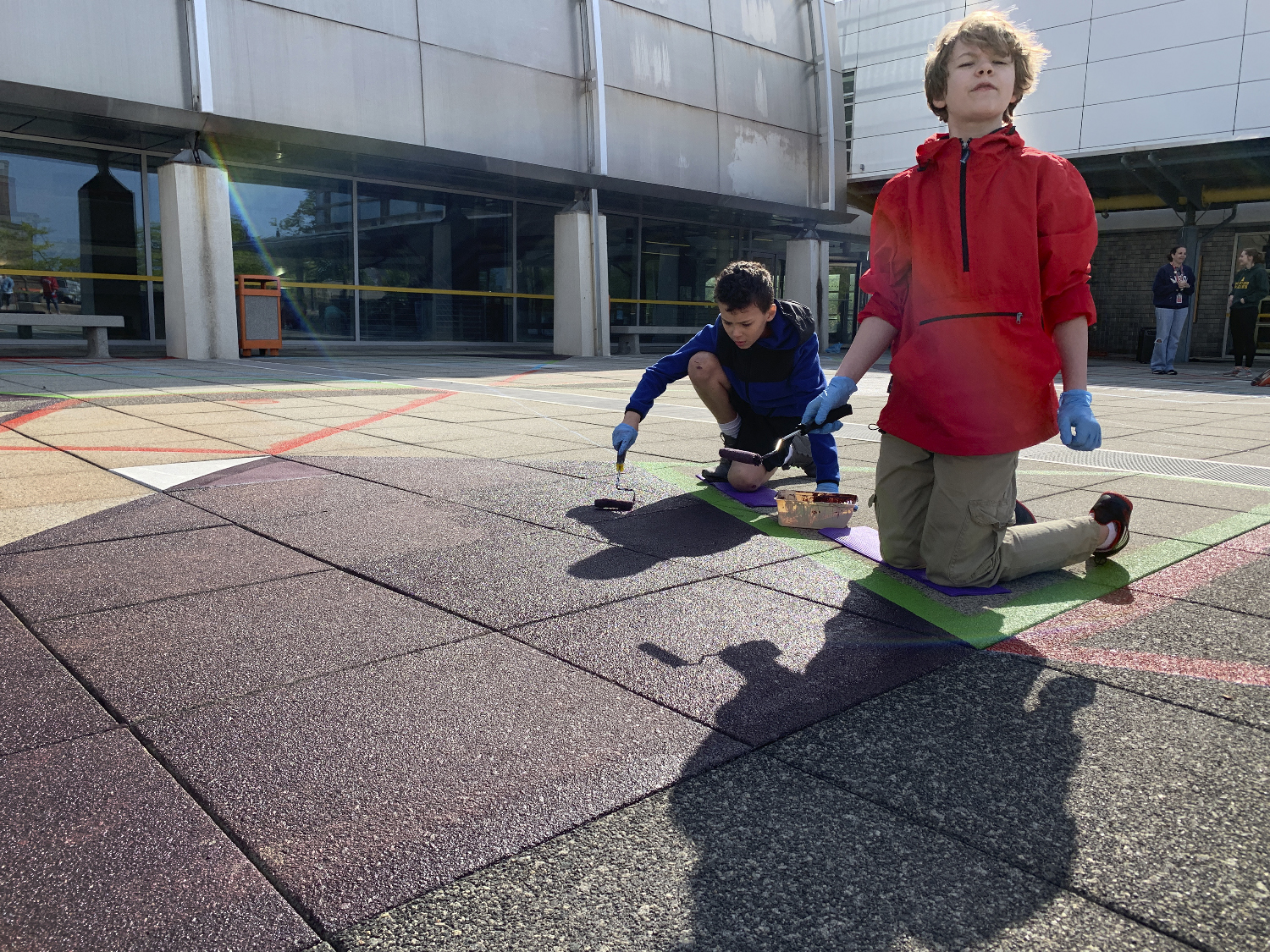 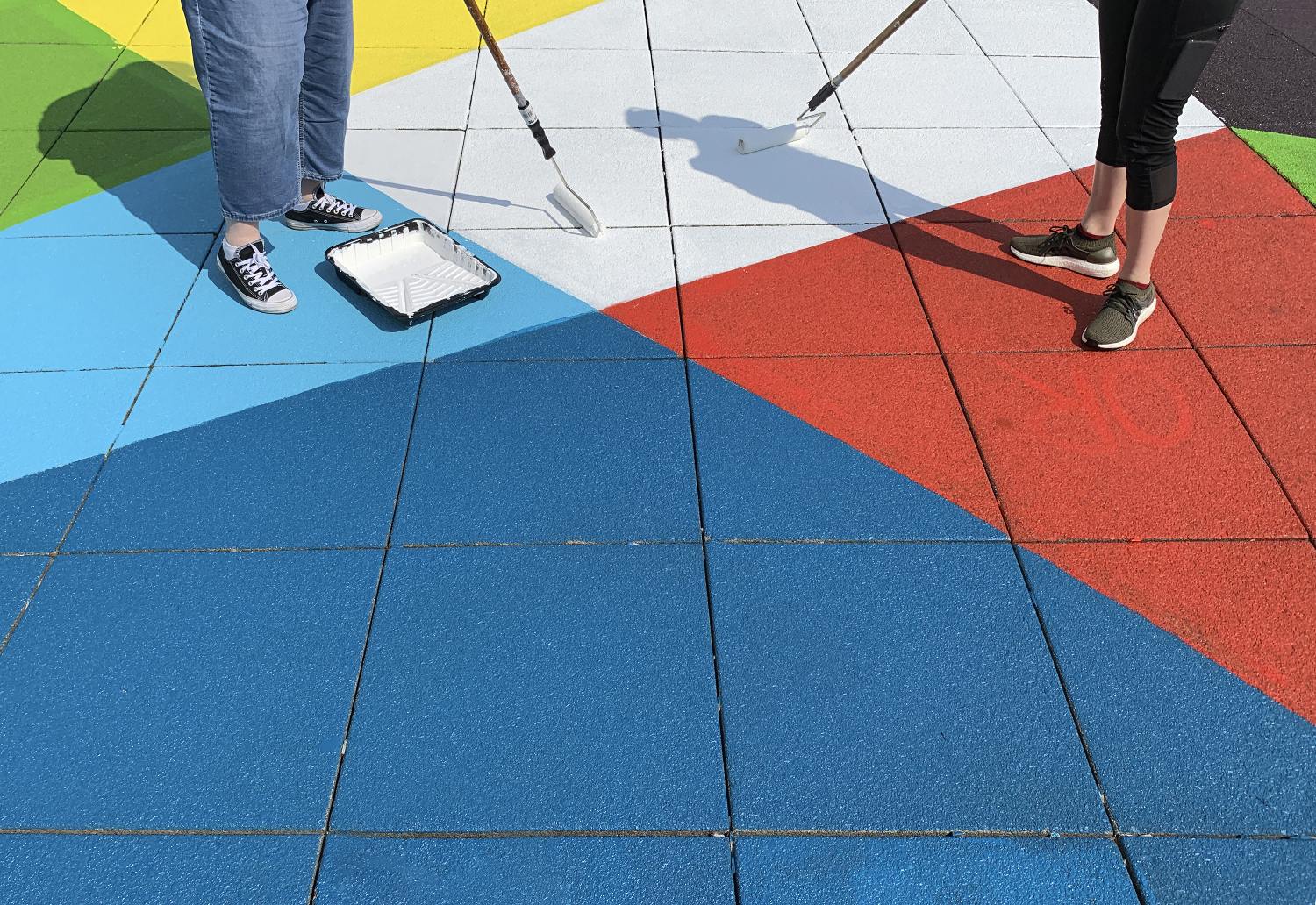 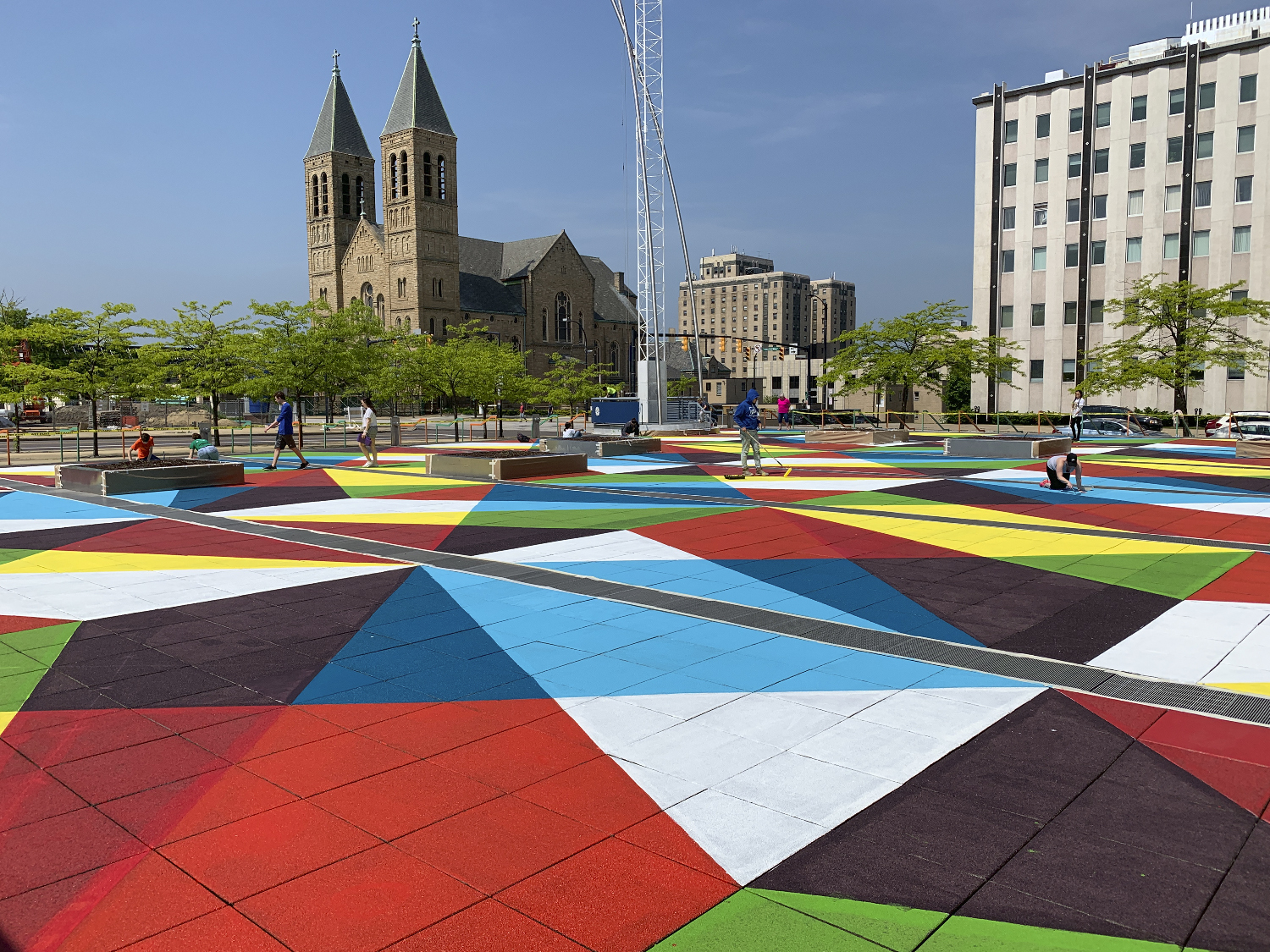 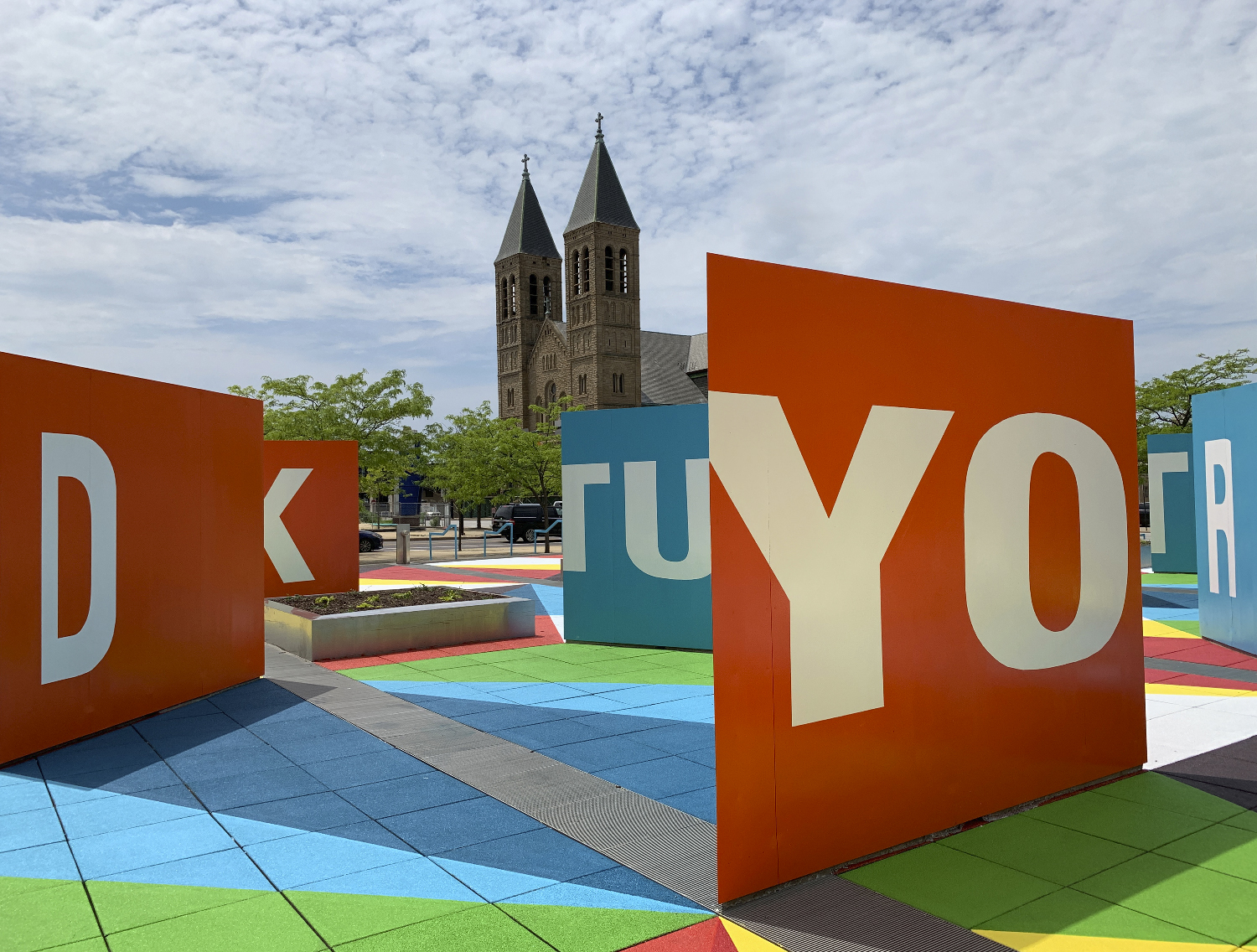 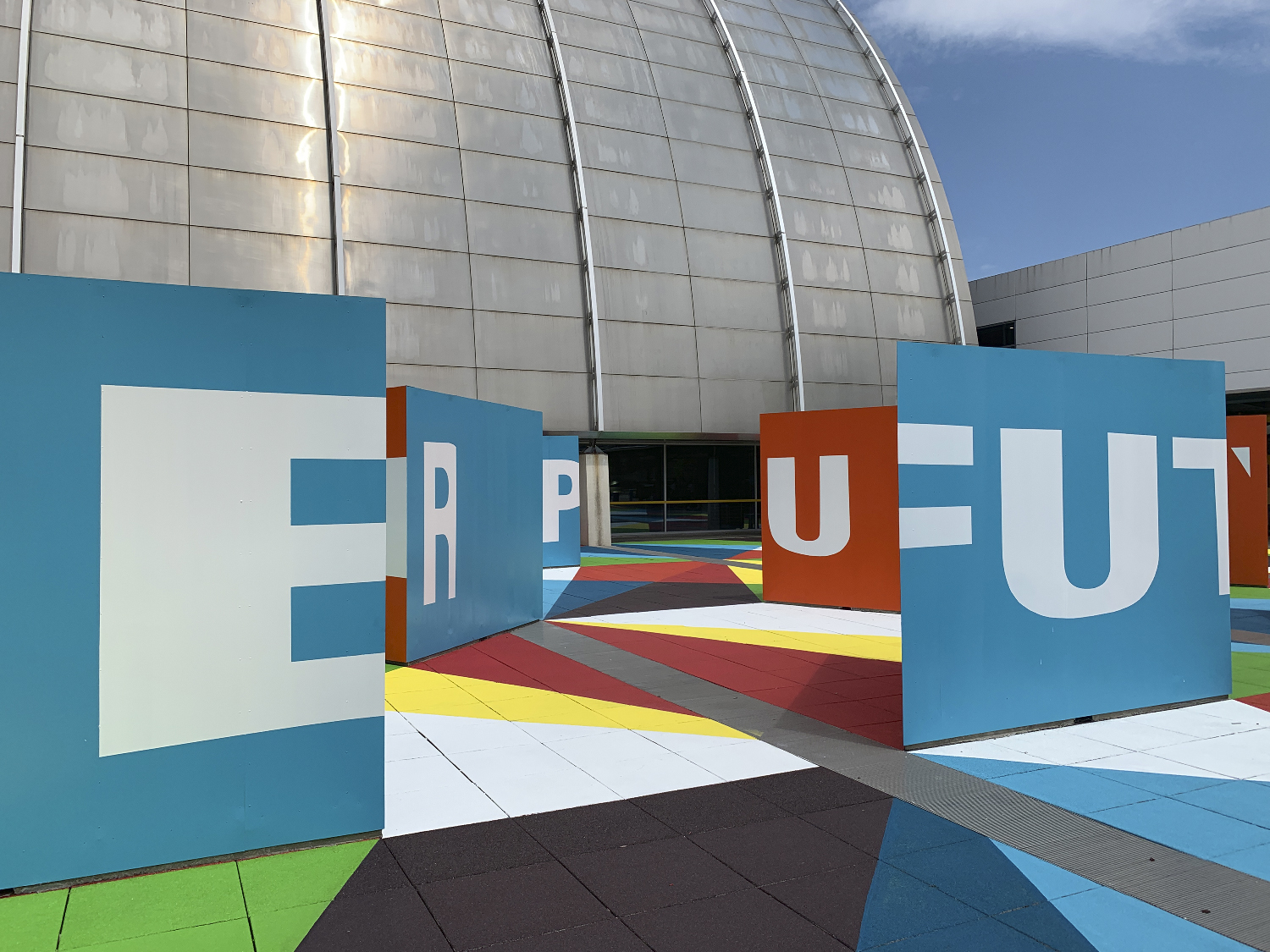 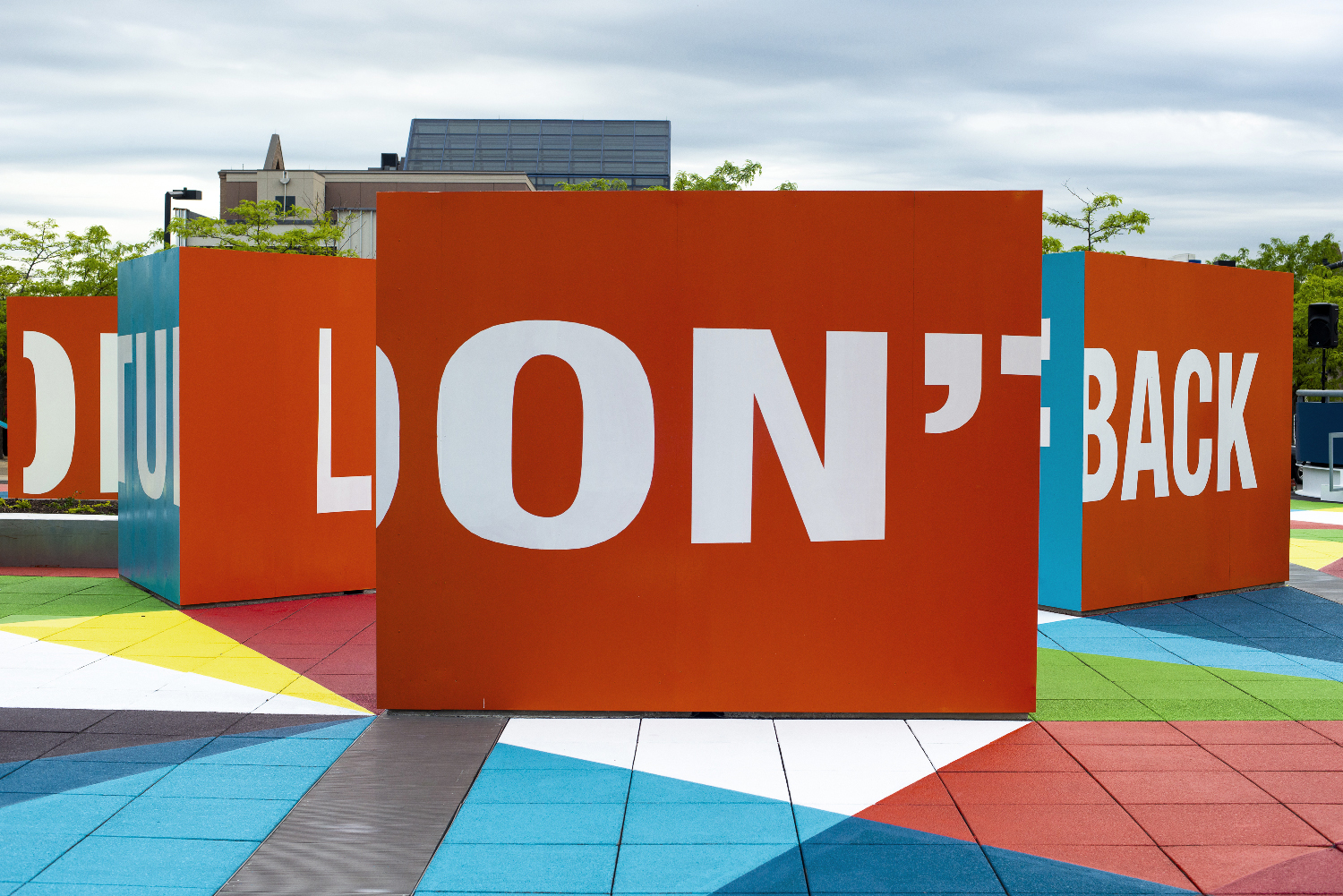 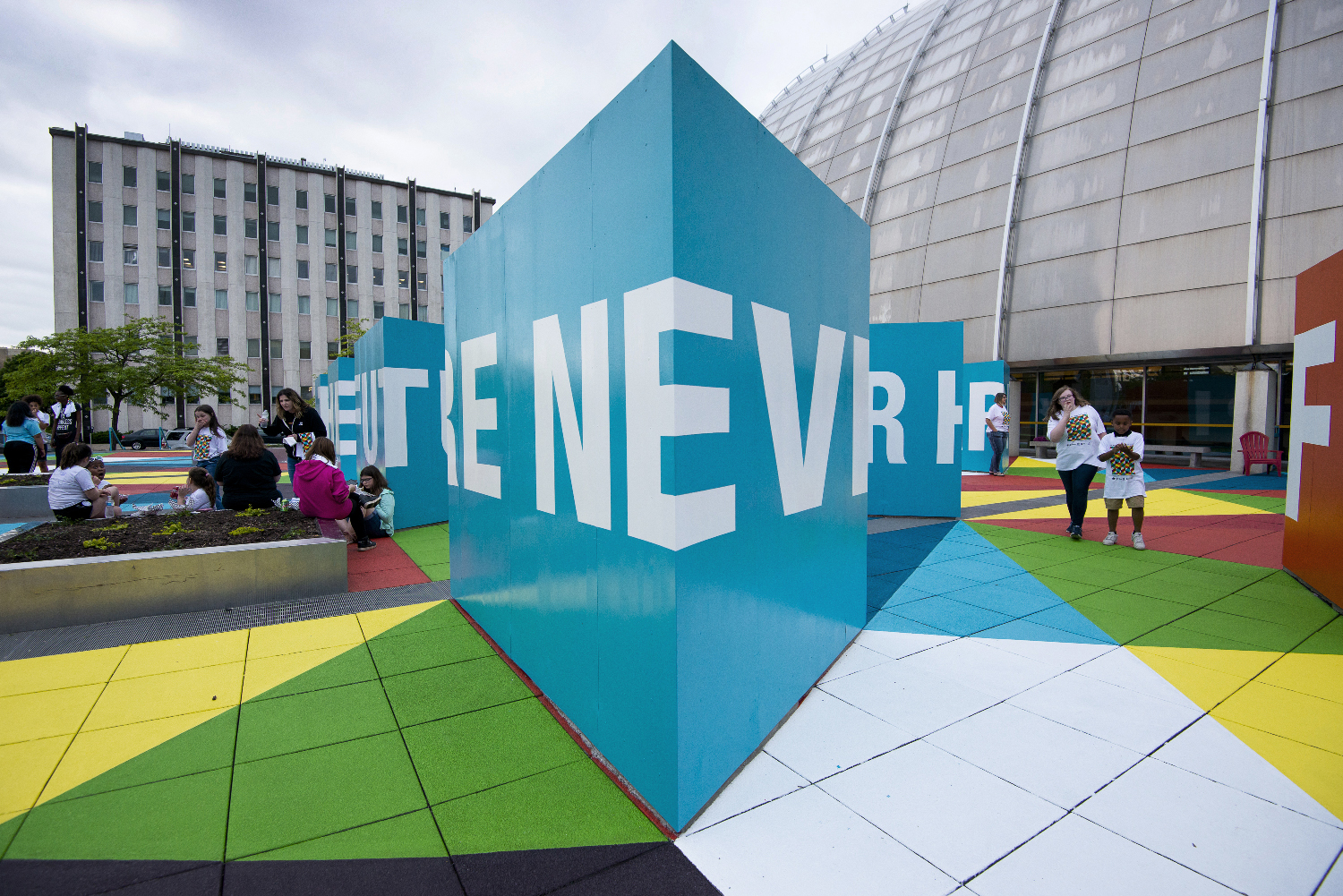 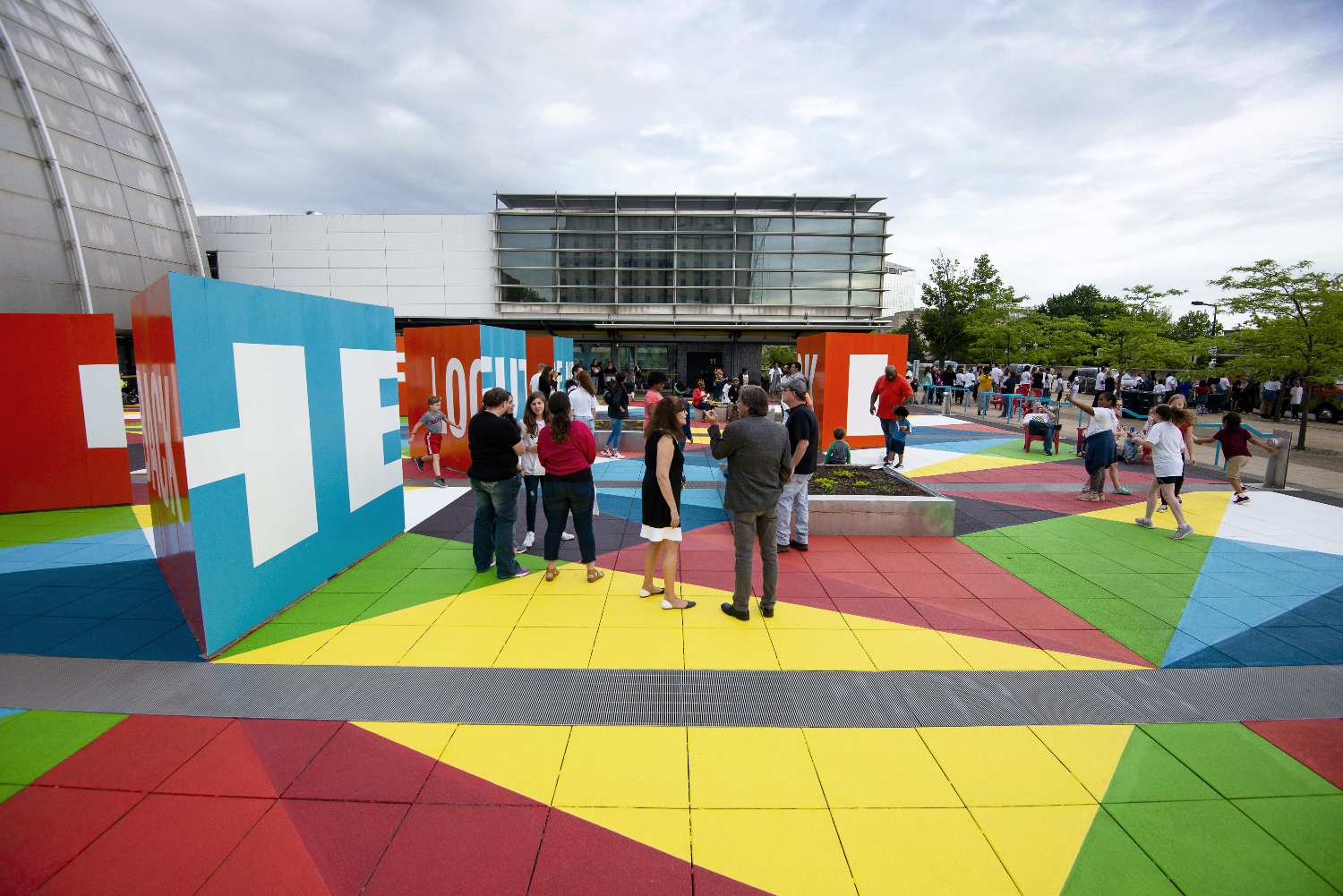 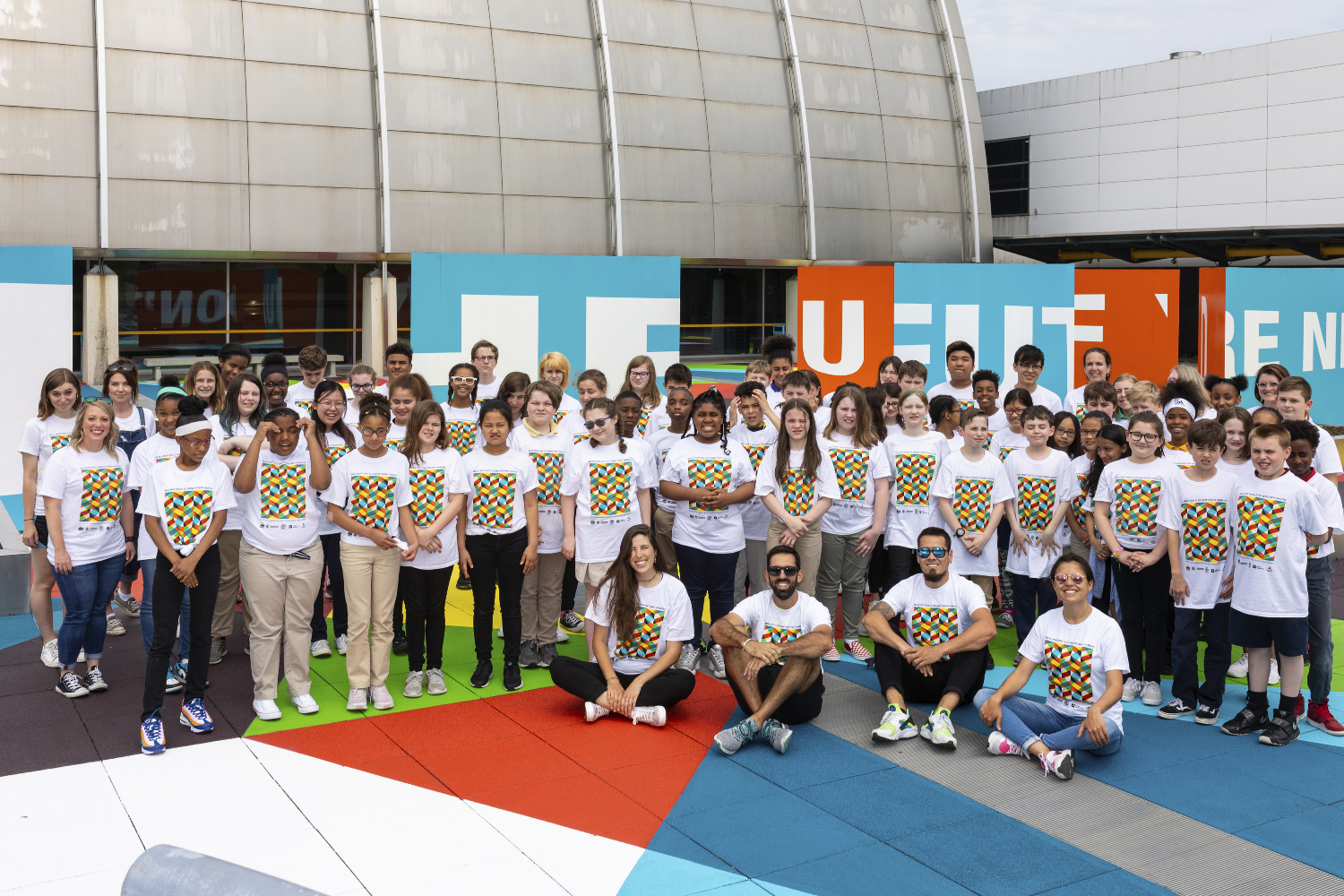