From one of the corners of the old Spanish House, we can read “A KIND WORD” and from the opposite spot, “OPENS EVEN AN IRON GATE”.  A nice serbian proverb we chose to complement this magic space which was abandoned after it was bombed during the WWI. 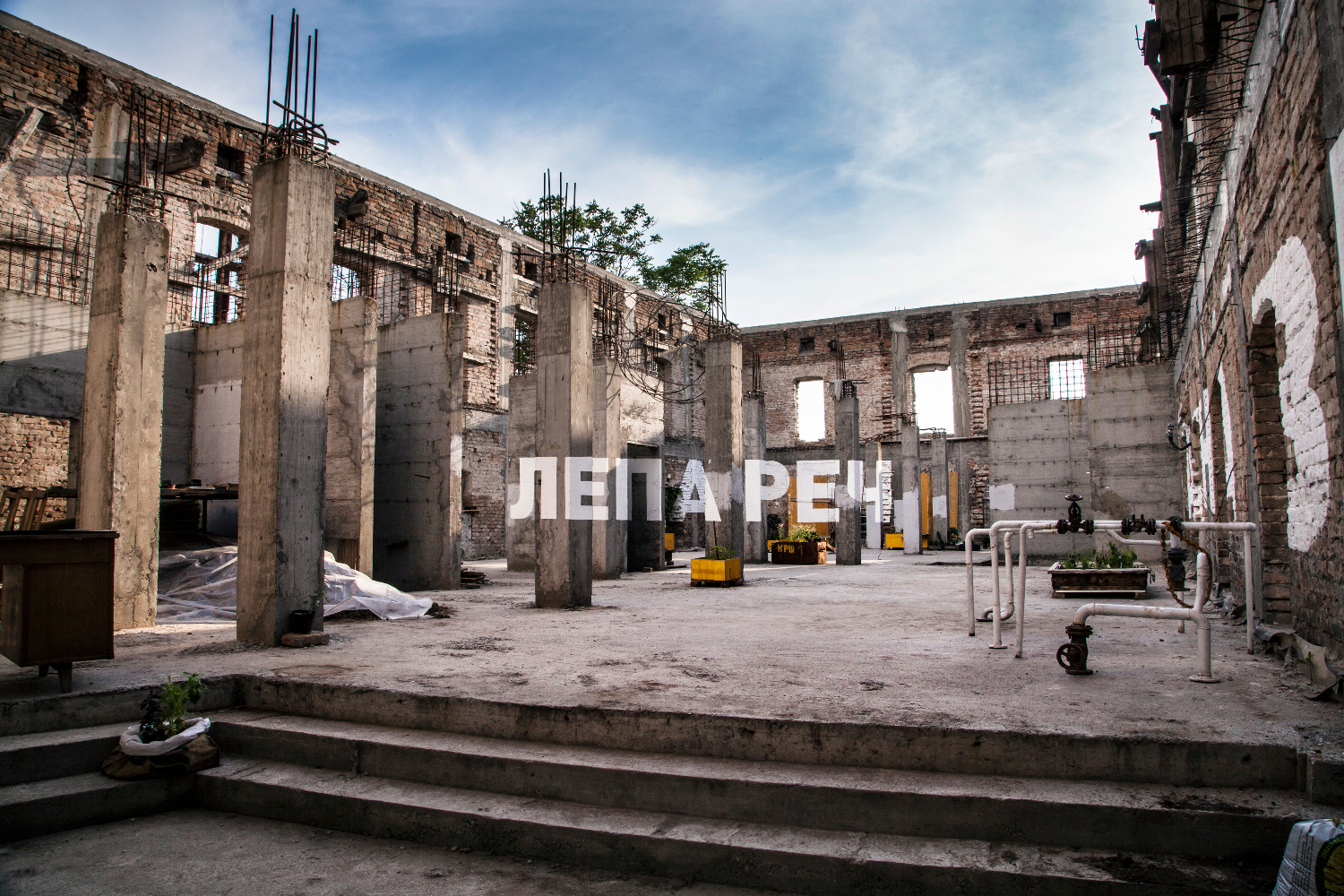 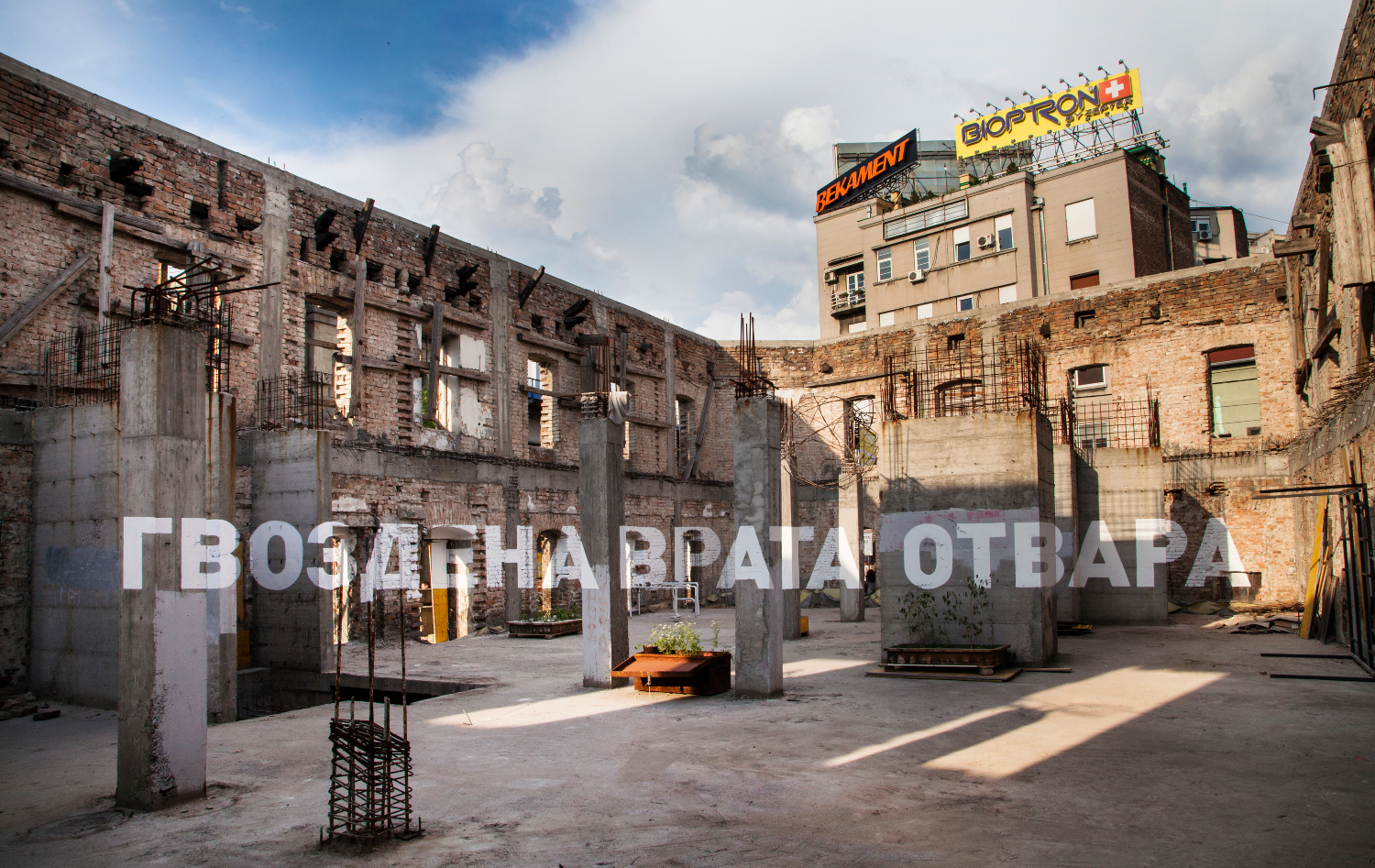 Belgrade, besides its agitated war history and being bombed for three times, is nowadays a center of culture, with interesting and alive neighborhoods such as Savamala. Is in Savamala where we can find what is known as the Spanish House.

A construction where only the 4 façades and the concrete pillars remained pointing to the sky. There is no roof, neither wrought. Not even the reason of its name was found.

Nowadays, all the riverside of Sava is being activated by the new design studios, coworking spaces and interventions such as urban gardens. The epicenter is the Mikser House, home of the Mikser Festival, to which we were invited.

By using the cyrillic version of the DIN Pro typeface, we decided to take over that complex space by using the technique of “Anamorphosis”.

We chose a quite popular proverb: “A KIND WORD OPENS EVEN AN IRON GATE” and decided to separate the sentence in order to make the spectator go around the house to read the end of the proverb. From the entrance we can read “A KIND WORD”, and from the opposite corner “OPENS EVEN THE IRON GATE”.

Because with the right attitude, a bit of kindness and a smile, one can achieve everything in life. 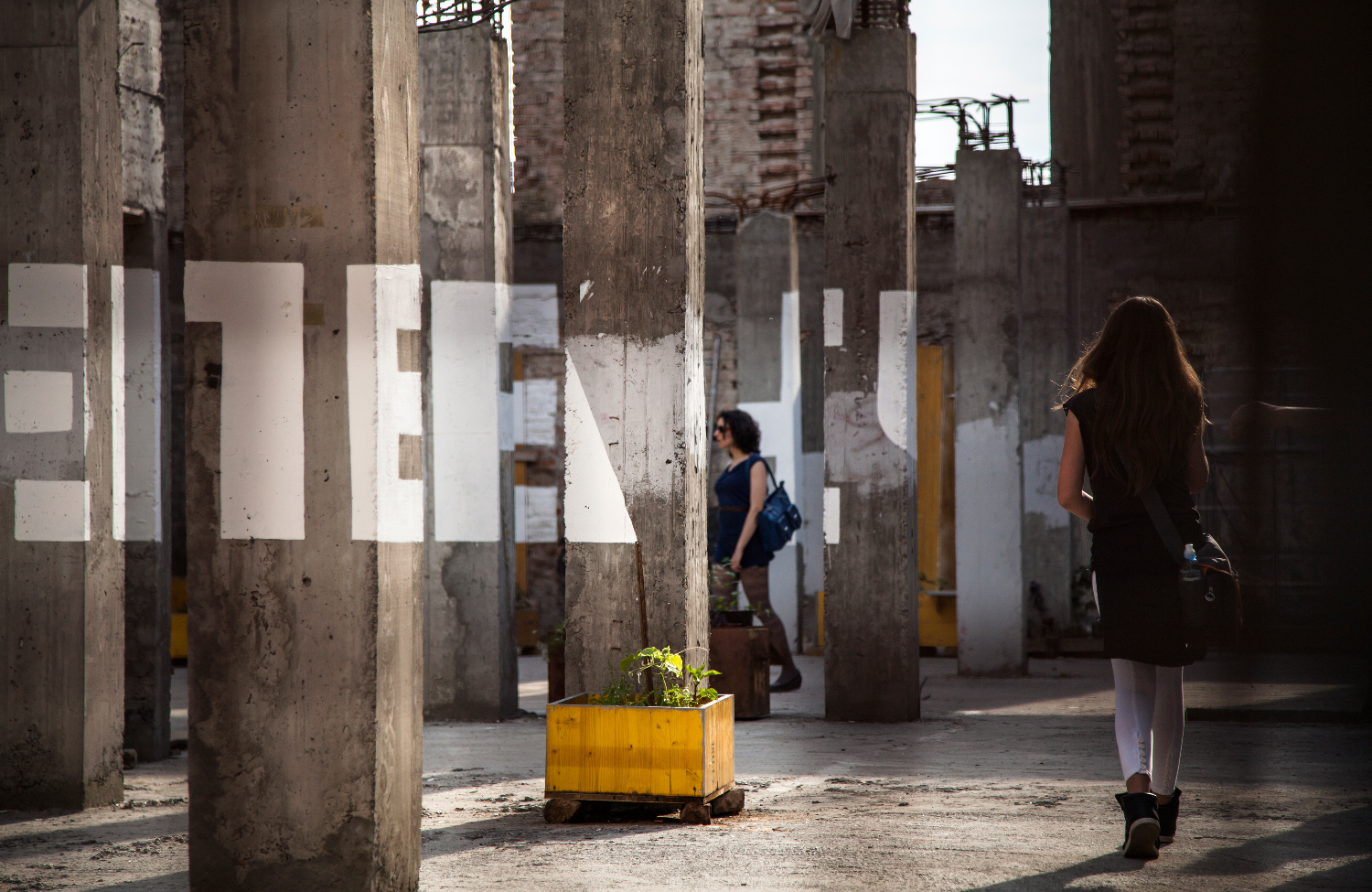 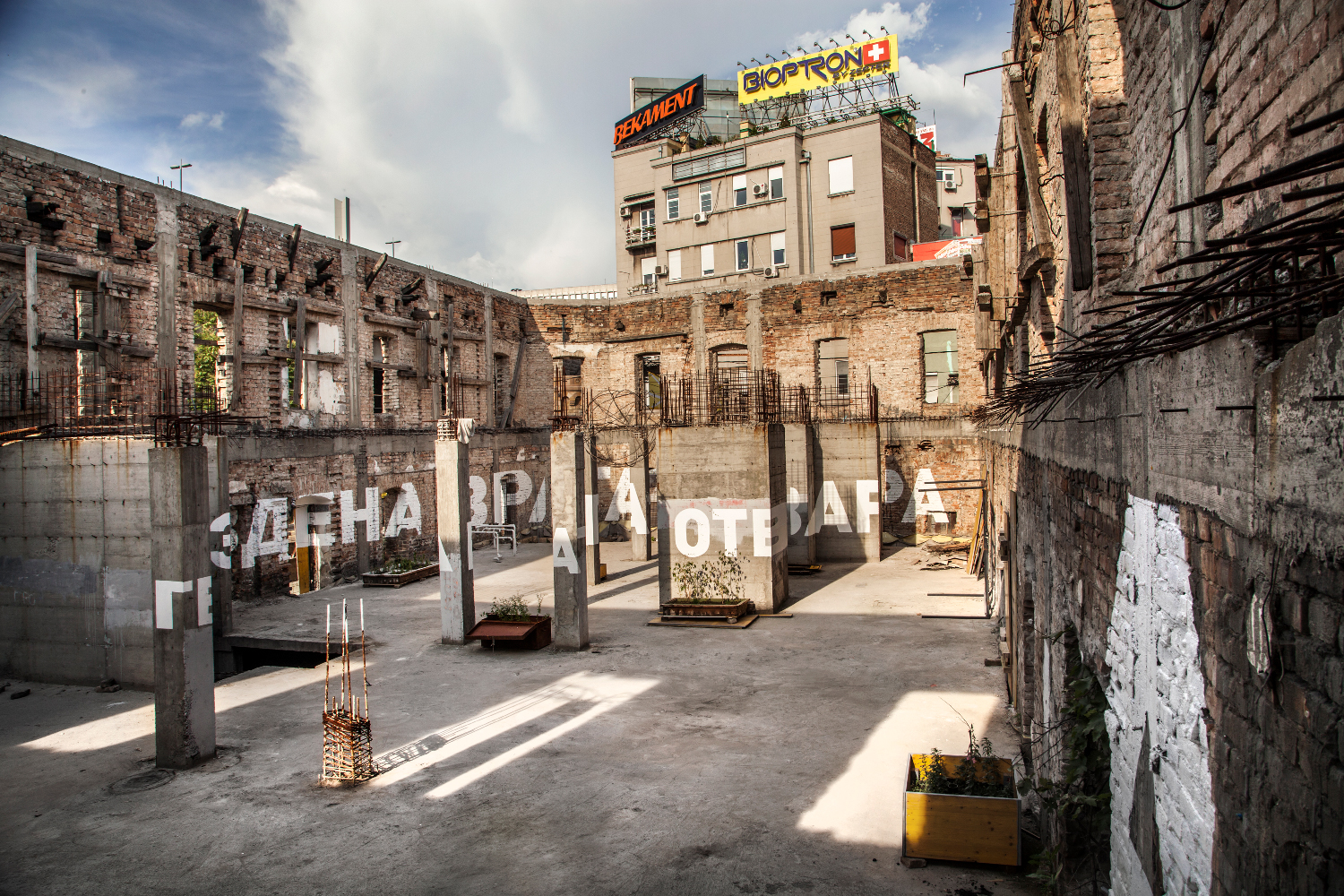 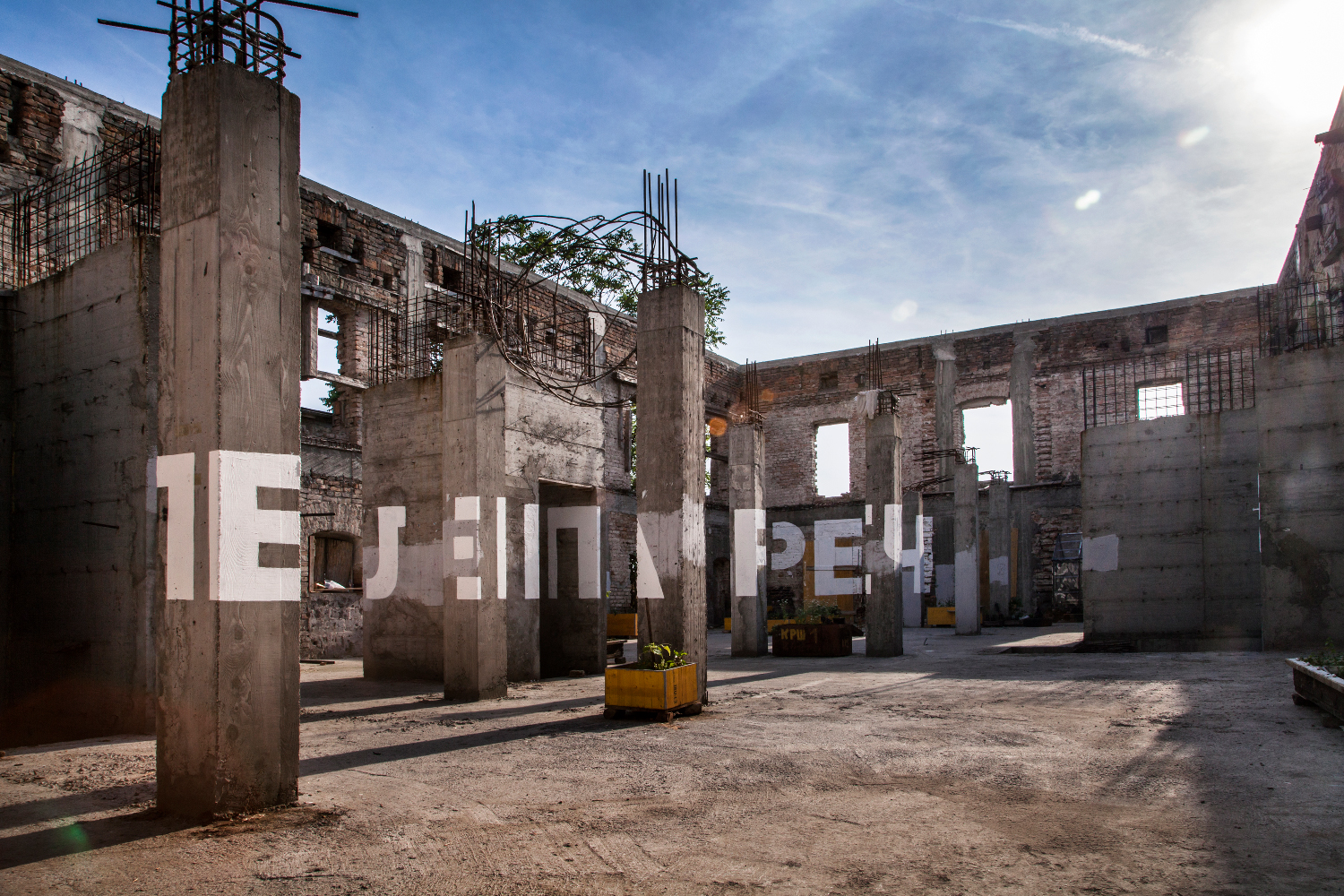 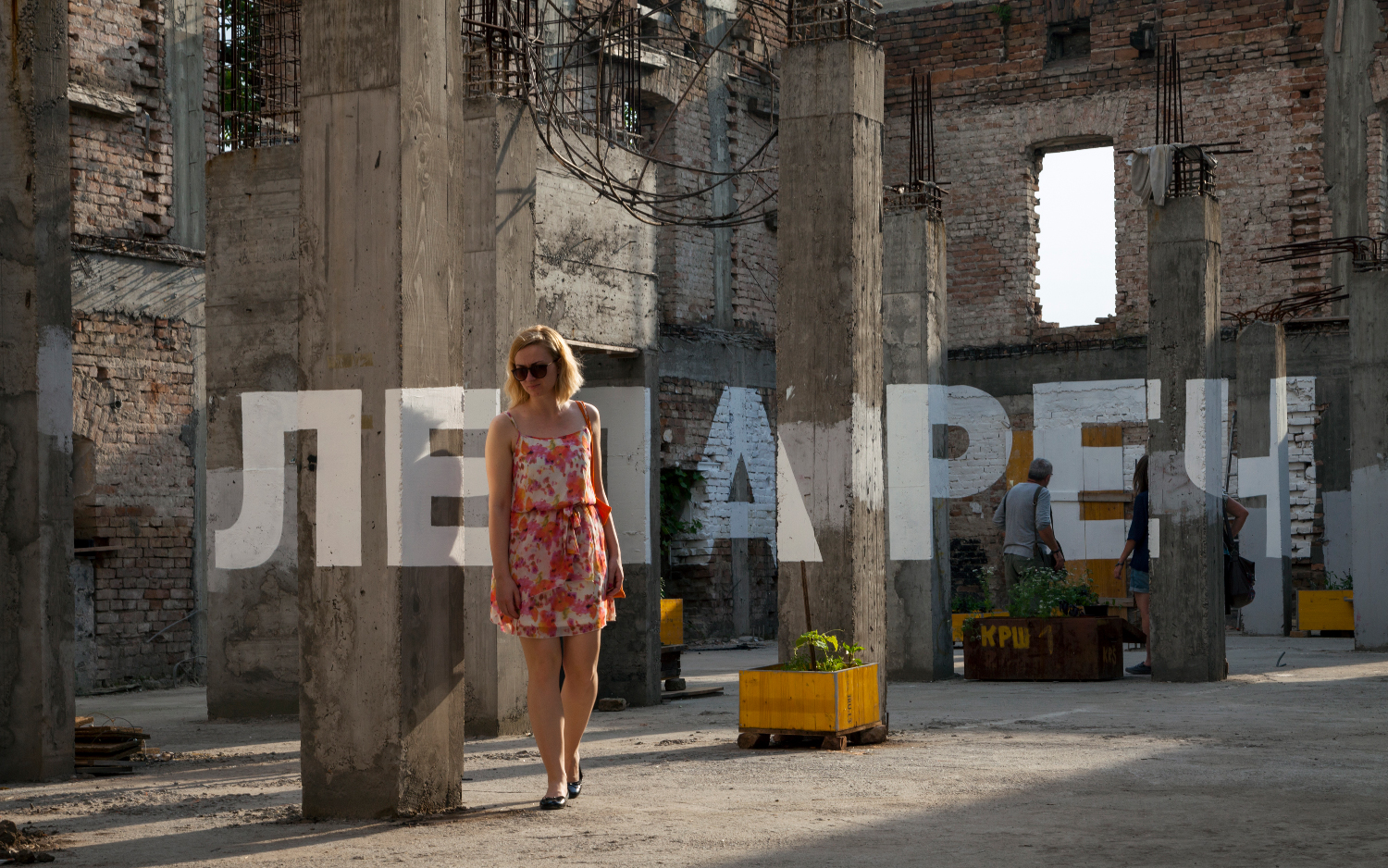