We are moving therefor we are alive. What is still, dries up and die. That is the reason why the human being has always look for go further and further, by building roads and railways, by sailing the oceans and flying above the clouds.
But not the only physical movement what keeps us alive.

Social unrest keeps the ideals awaken and up in arms. That is another way of feeling alive. The San Cristobal colony lives with the movement -in the broadest sense- running through its veins.

With this intervention we want to pay tribute to a community that has fought for their principles. The movement has maintained the San Cristobal Colony awaken, preserving its identity and neighborhood character despite the circle of fire that the corporate development has created around these 25 blocks. 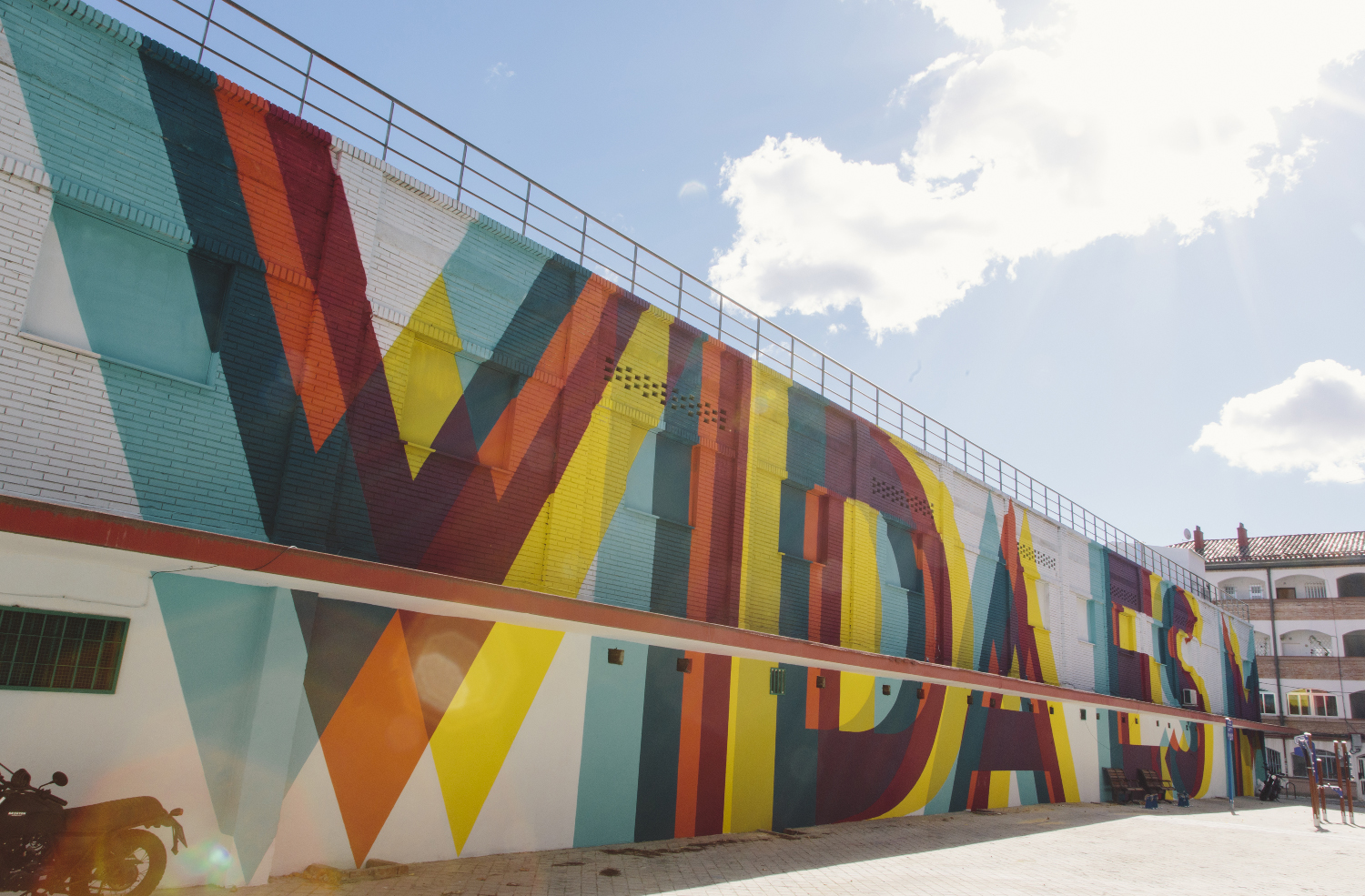 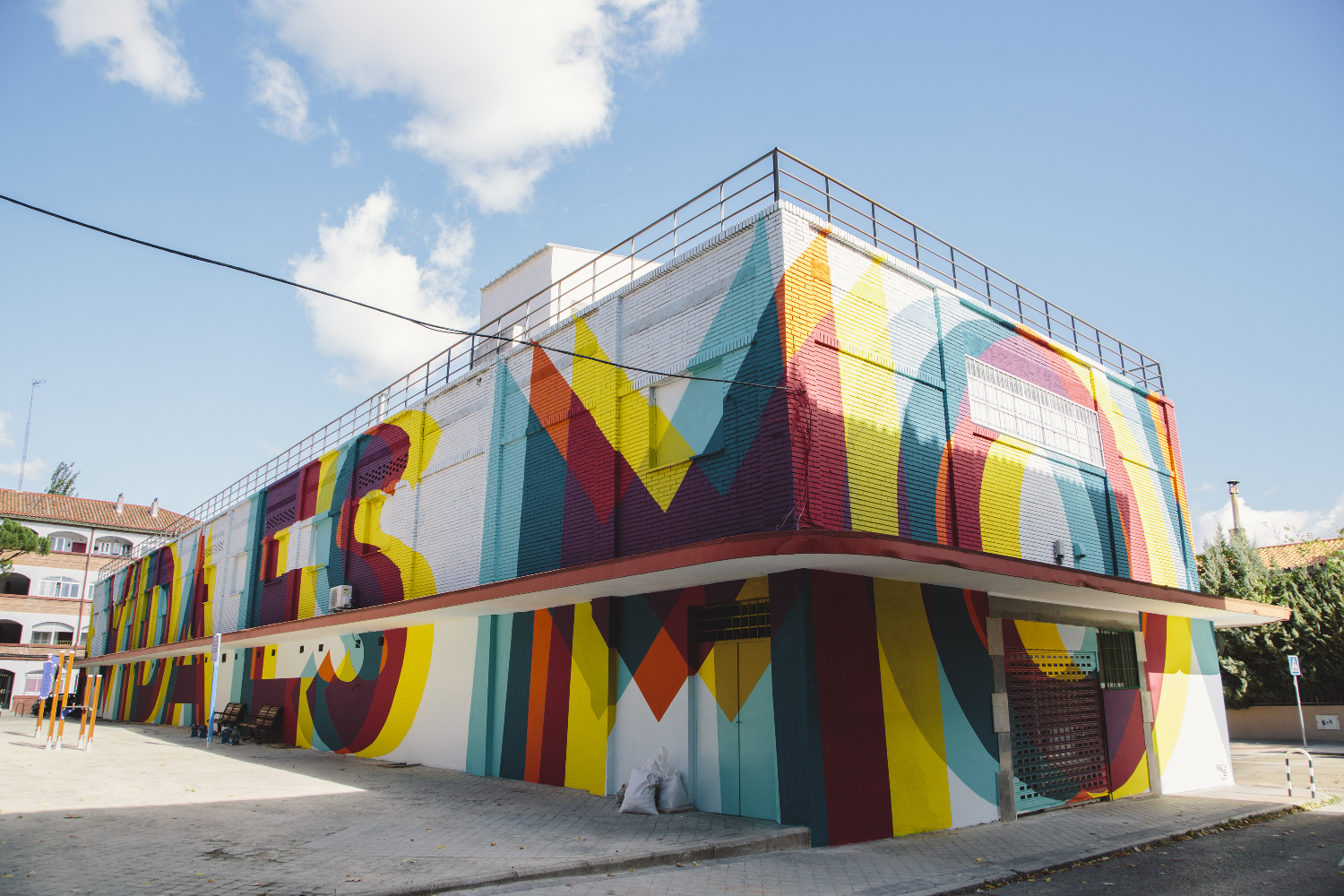 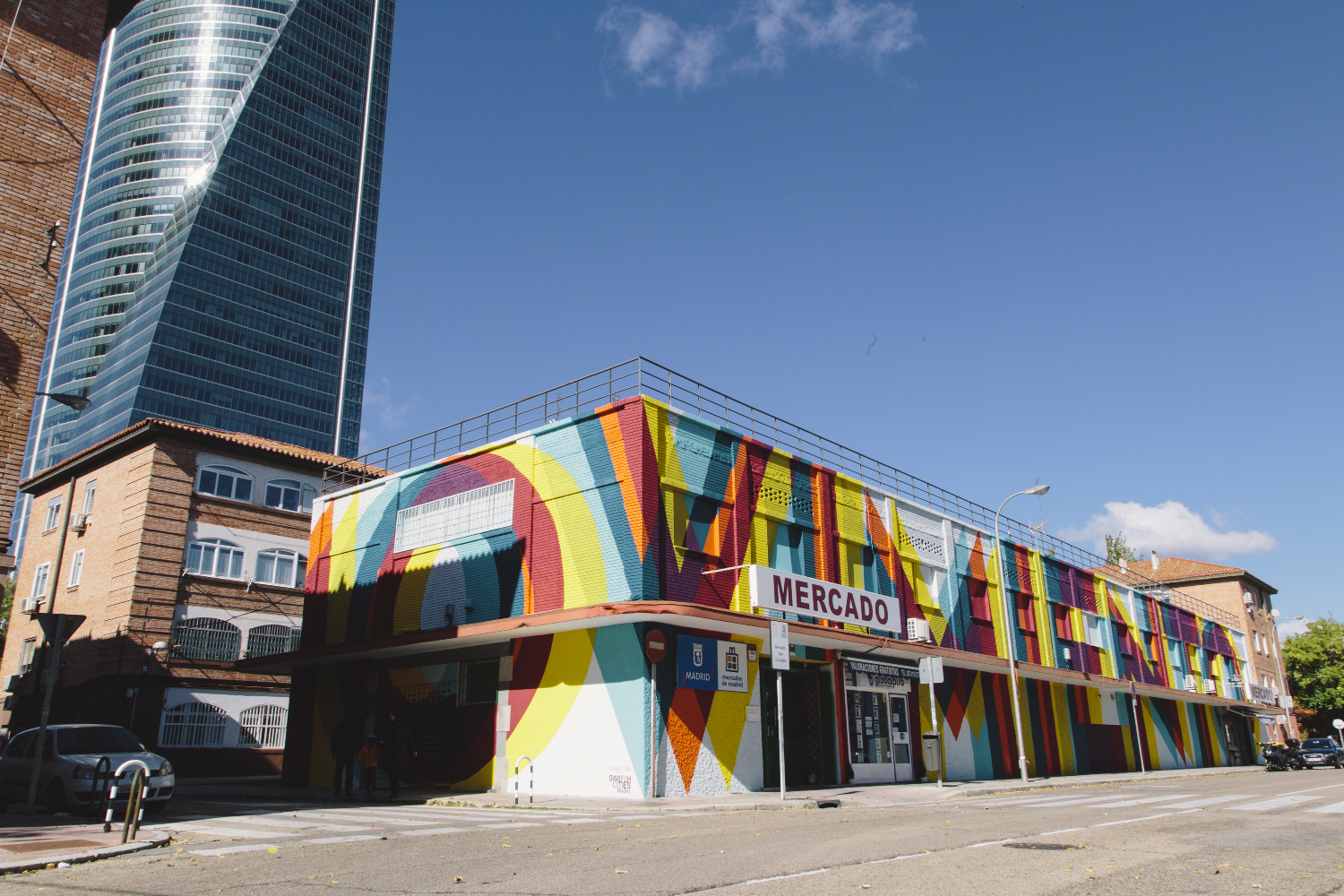 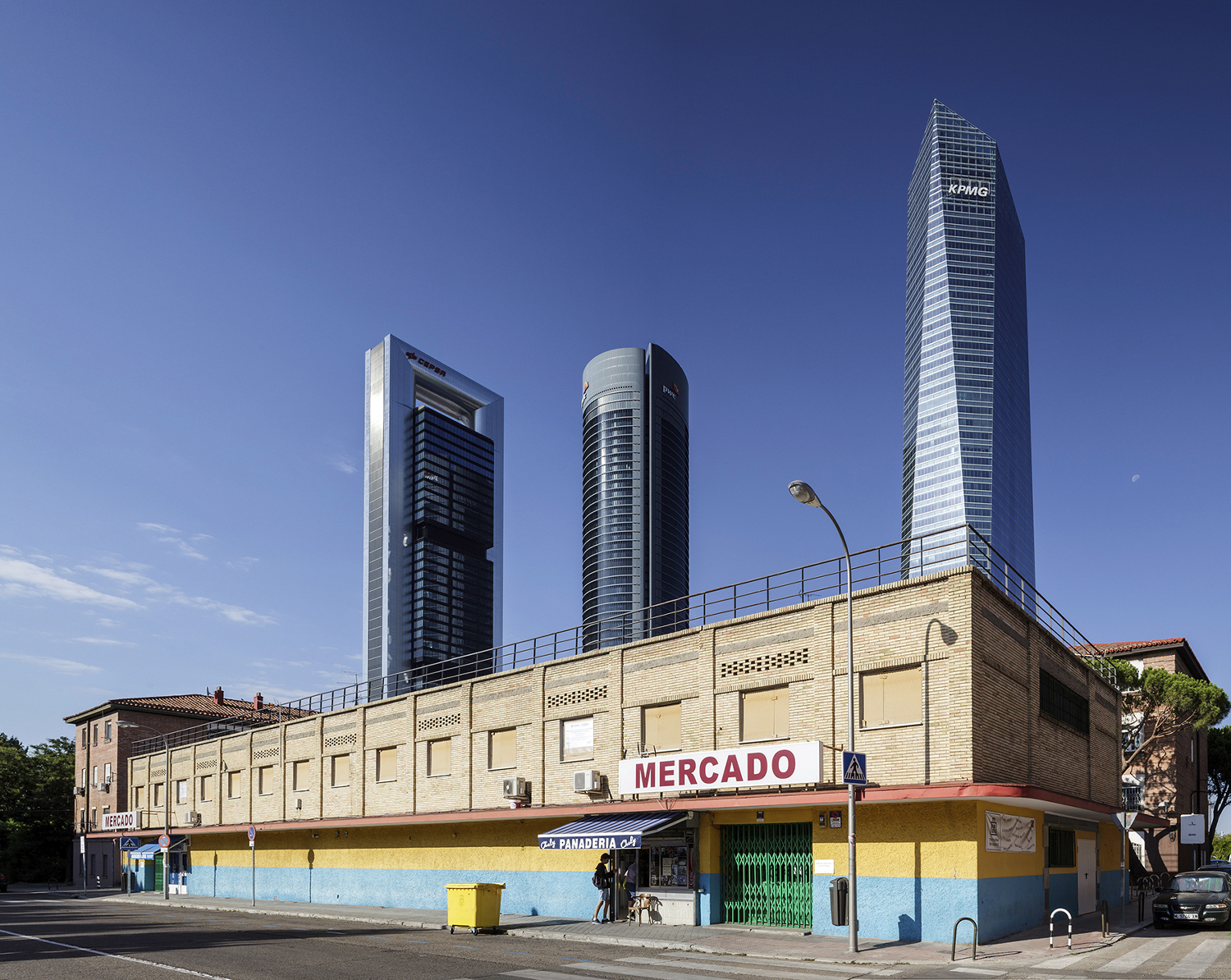 In 1948 the old Generalísimo Avenue is extended, and the San Cristobal colony is built as a collaboration between the Municipal Housing Board and the Municipal Department of Transportation. By that time the new bus depot was installed right in front of the houses, aiming to build cheap houses for the bus drivers.

The colony is demarcated with 290 Paseo de la Castellana, Manuel Caldeiro street, Viejas street, and Mauricio Legendre street, where the bus depot is located. It is comprised of 25 buildings in rows of six, eight and eleven blocks. The most peculiar features are the arches crowning the facades. 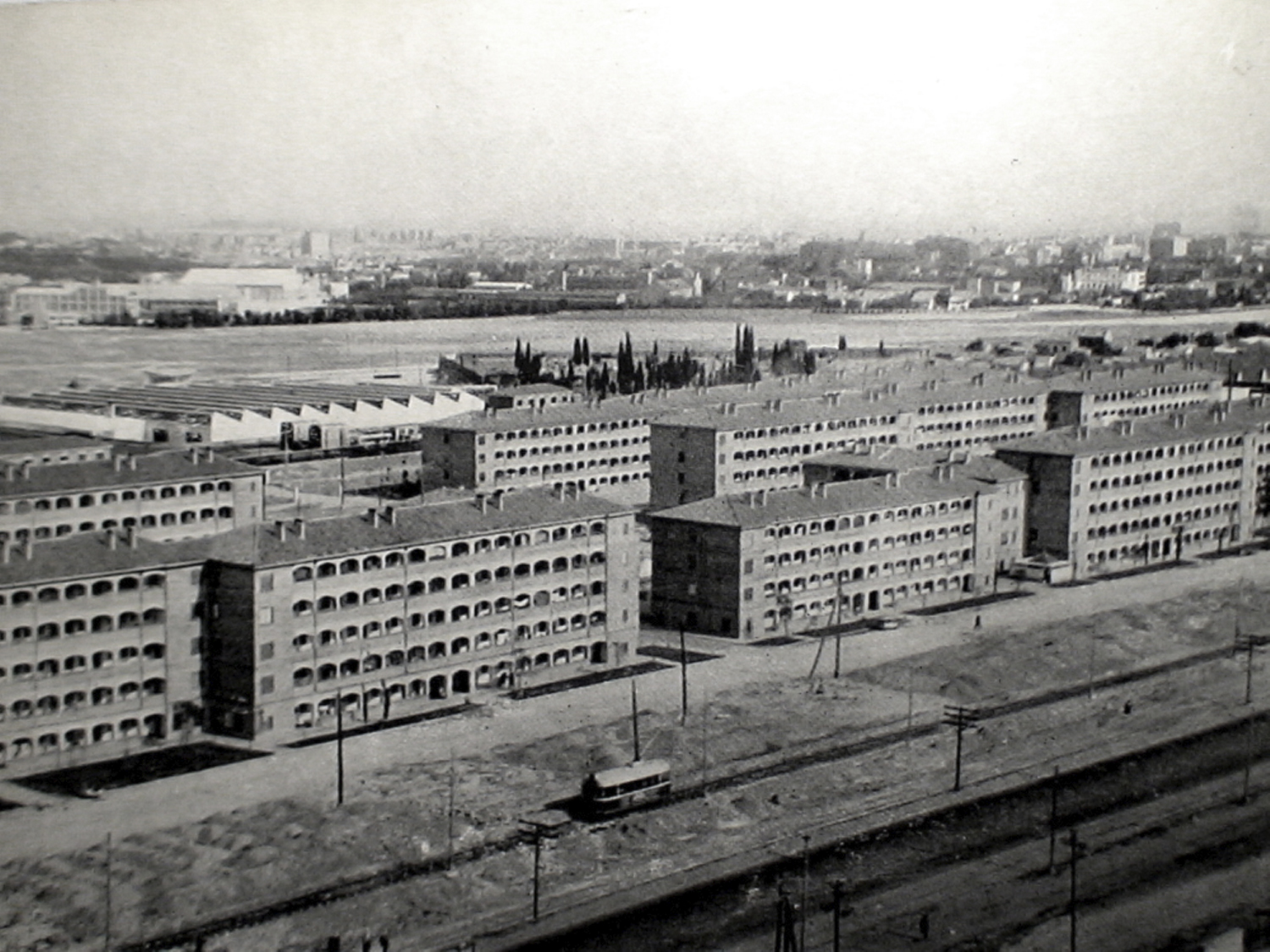 San Cristobal Market was opened in 1974. Despite the complex situation which is immersed in (like most of the markets across the city), it is the epicenter within the colony. It is placed in the heart of the neighborhood, right next to the Colorín Colorado children’s school and the Andrés Manjón square. It is a wide open space among the 25 blocks that comprise this community.

It is a unique building and has a really good visibility from Conde de Torralba street, so it is the perfect spot to create a landmark and make it the foundation of a message representing not only the market but the whole colony.

The «Tram Driver Colony» as it was known back in its early years, has grown together with the transportation network. That’s why their identity is clearly rooted in the movement. On the other hand, during the 80’s, the neighborhood association turned out to be one of Madrid’s most combative groups and has continued the fight against the uncontrolled growth of the business district, such as the KIO towers or the «Cuatro Torres Business Area» 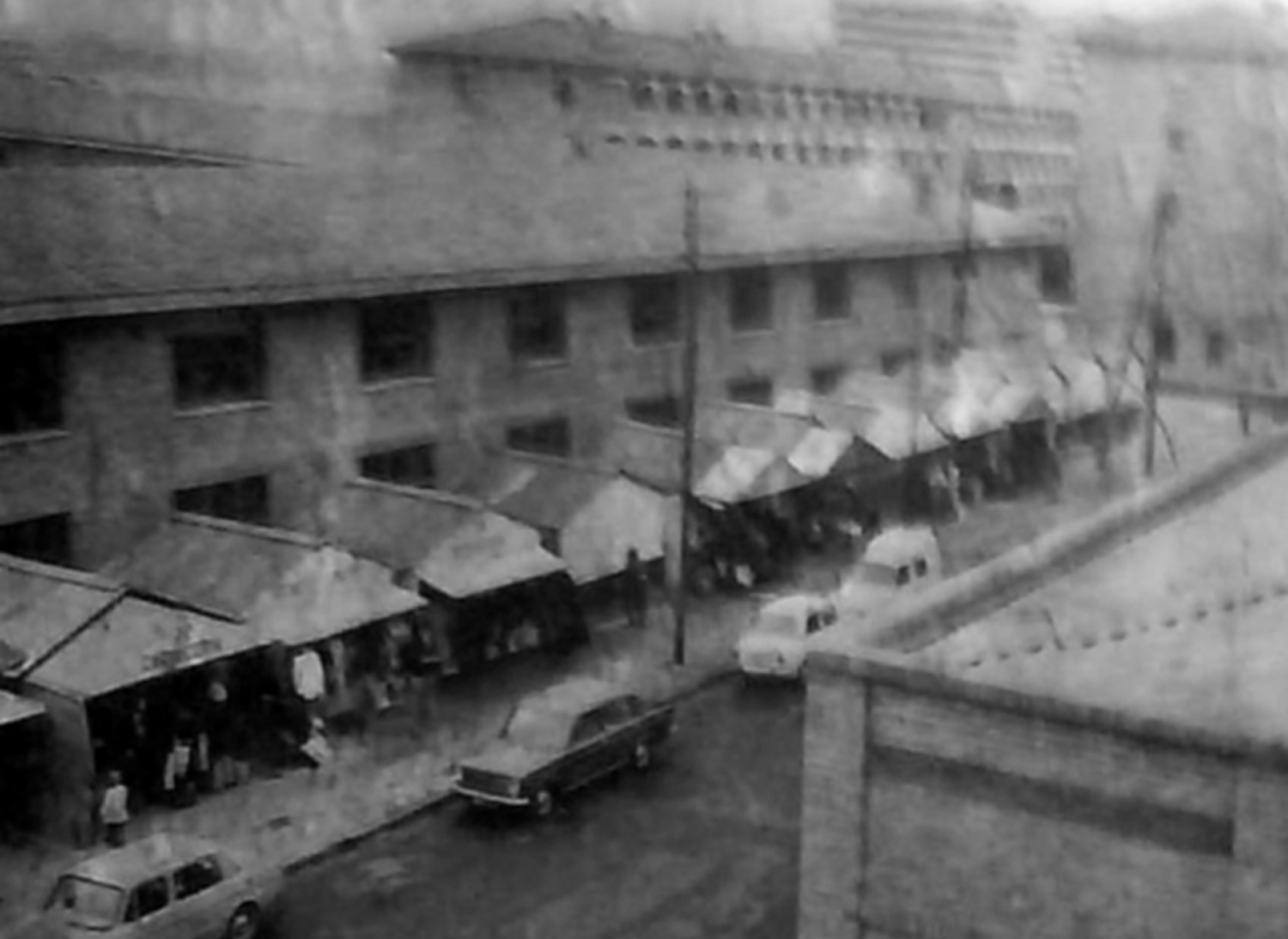 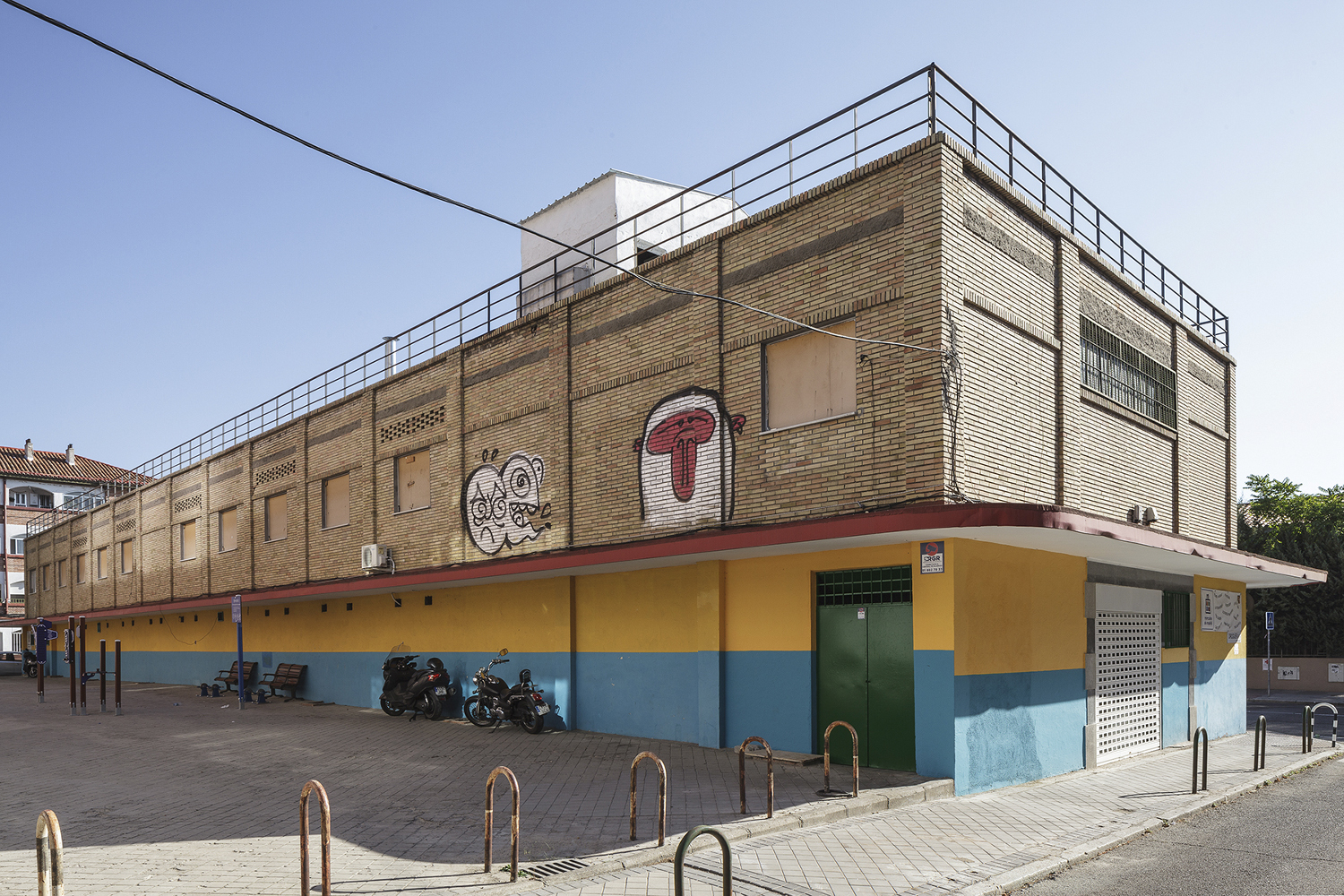 «LA VIDA ES MOVIMIENTO» (LIFE IS MOVEMENT) is the sentence used to wrap up the four facades of the market, creating this way a 360 degrees intervention which invites to move around the building to comprehend the whole work. The typography itself refers to the movement through a game of displacements and transparencies. When approaching the mural from the distance, you can easily read the quote and understand the movement effect. When coming closer, the work turns more abstract, so we can start enjoying a musical-type of color shapes that go along the way. 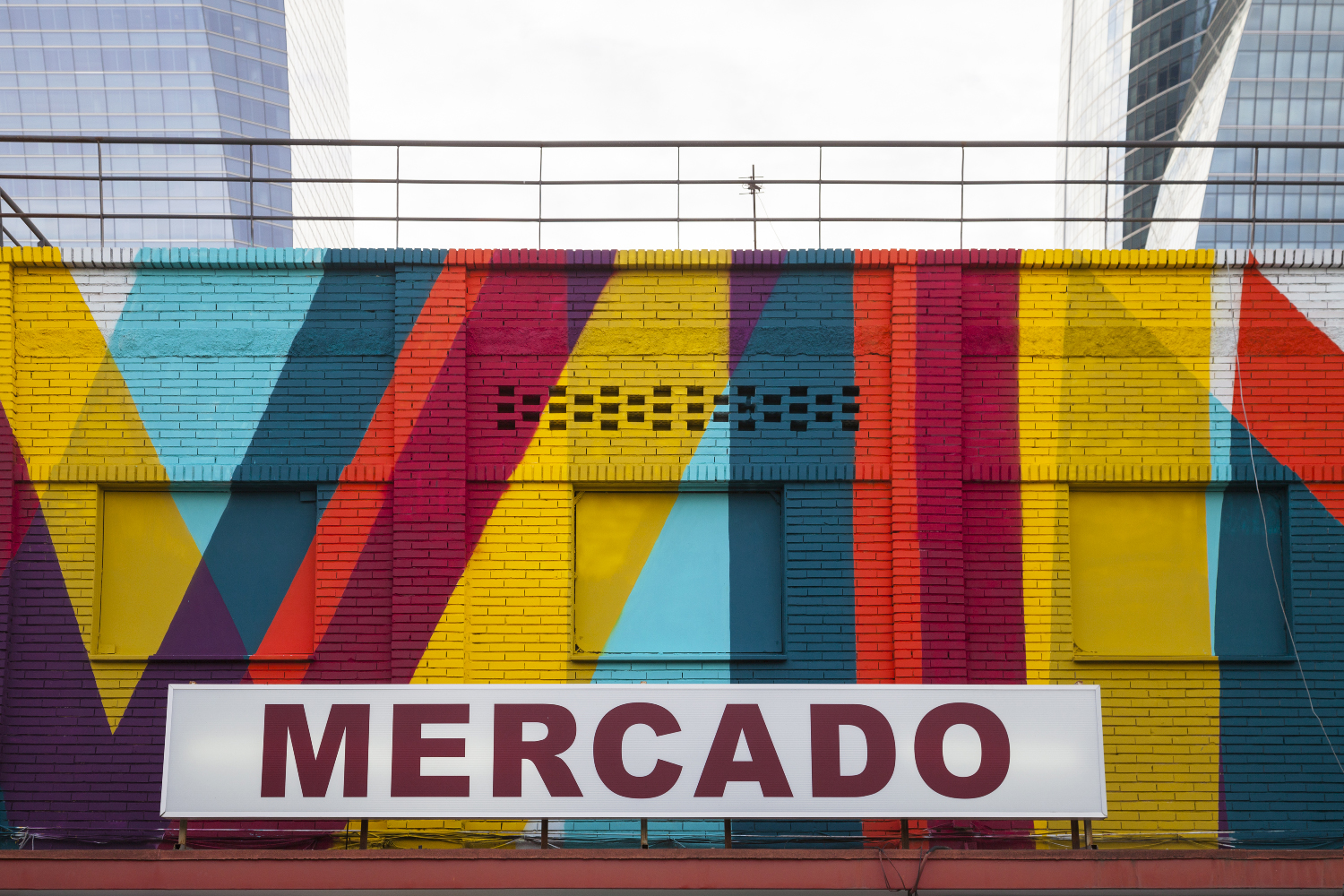 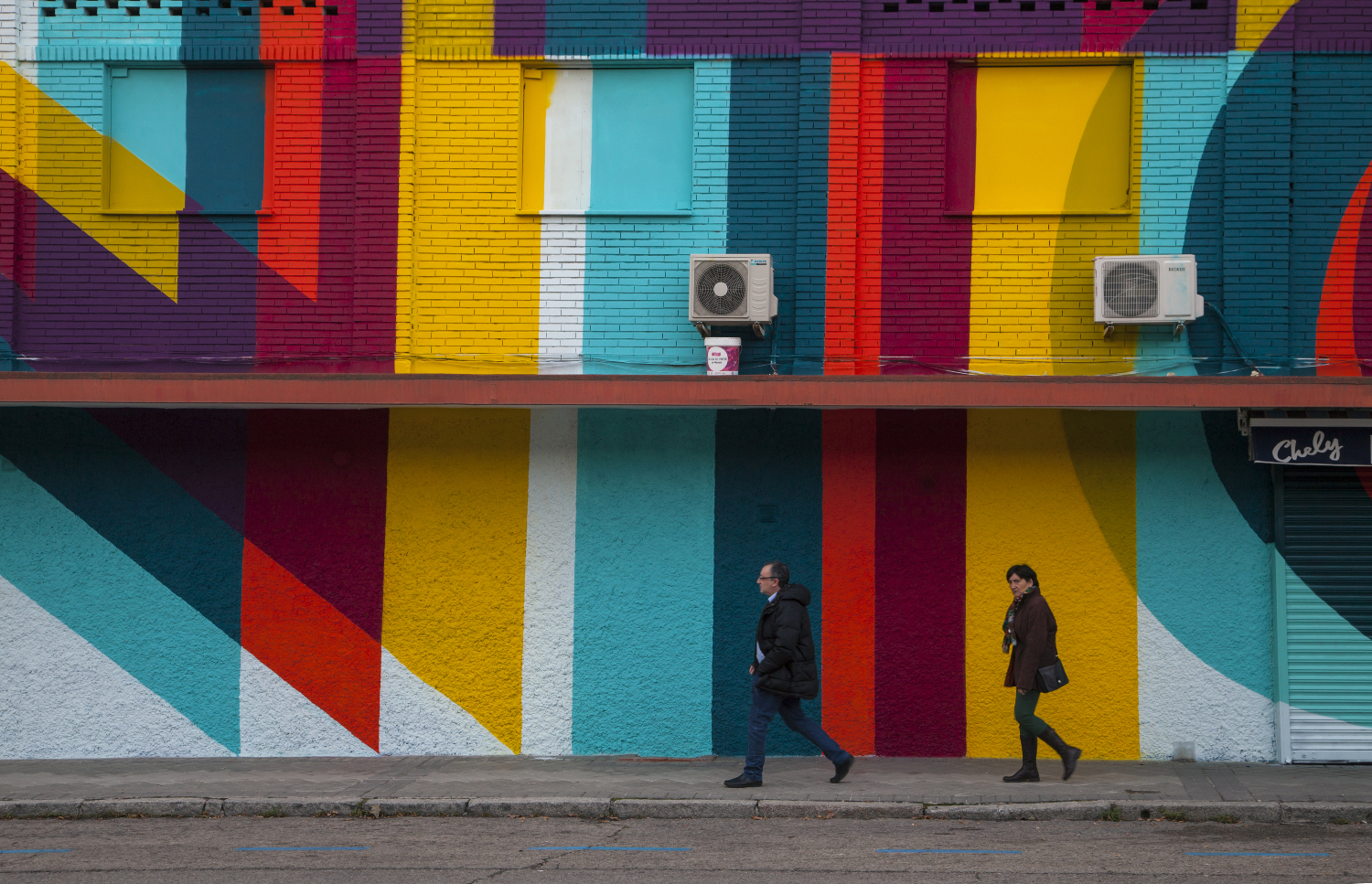 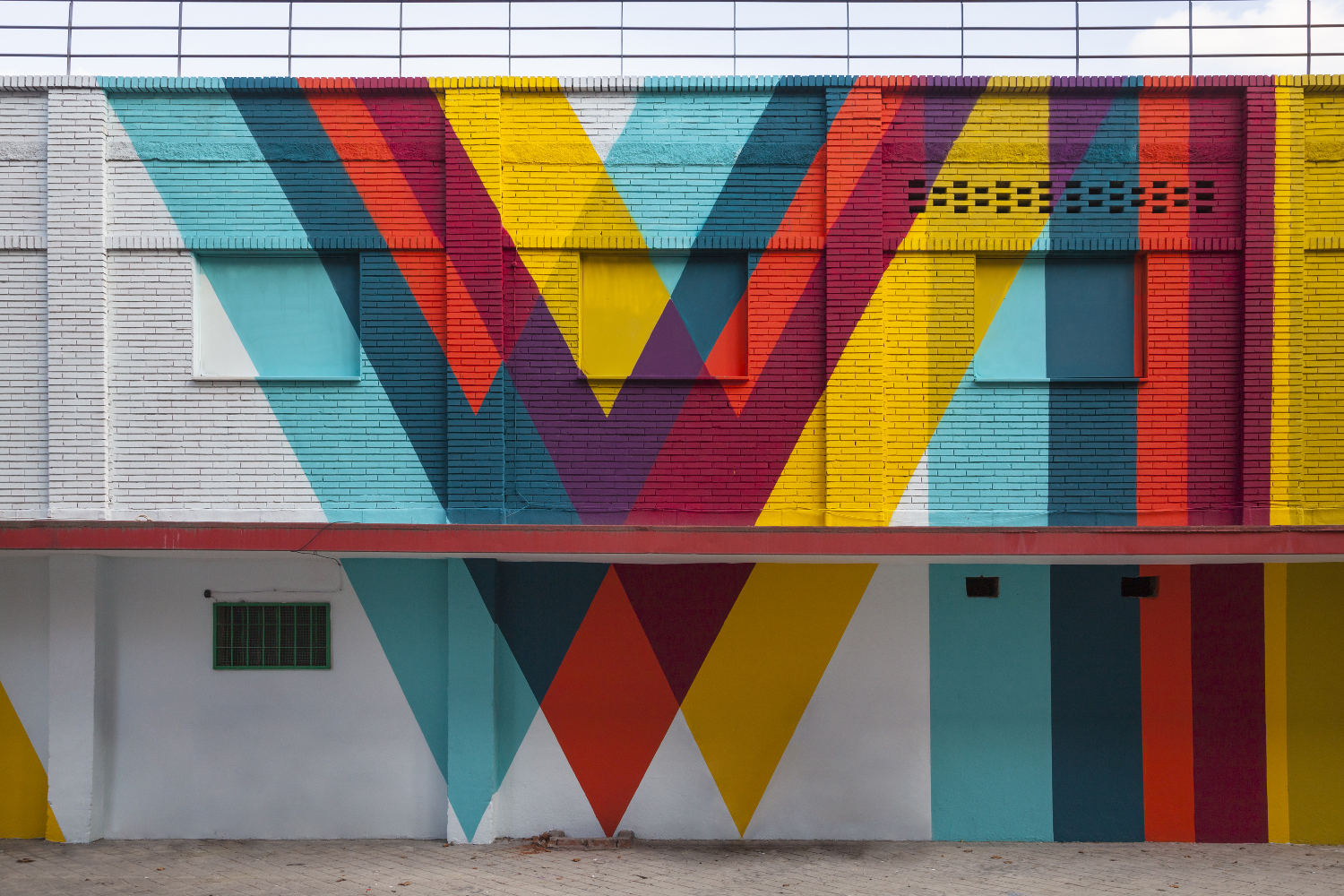 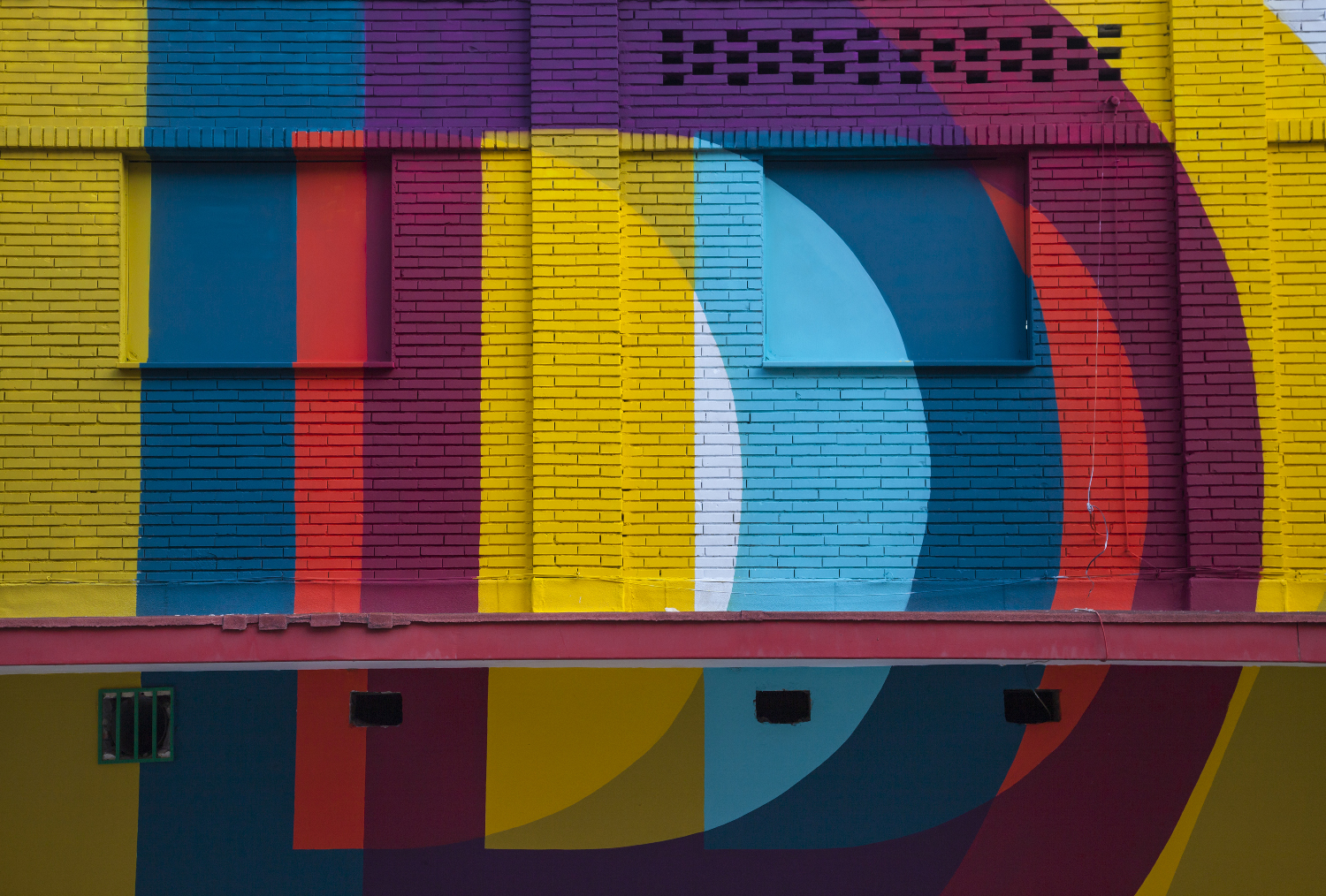 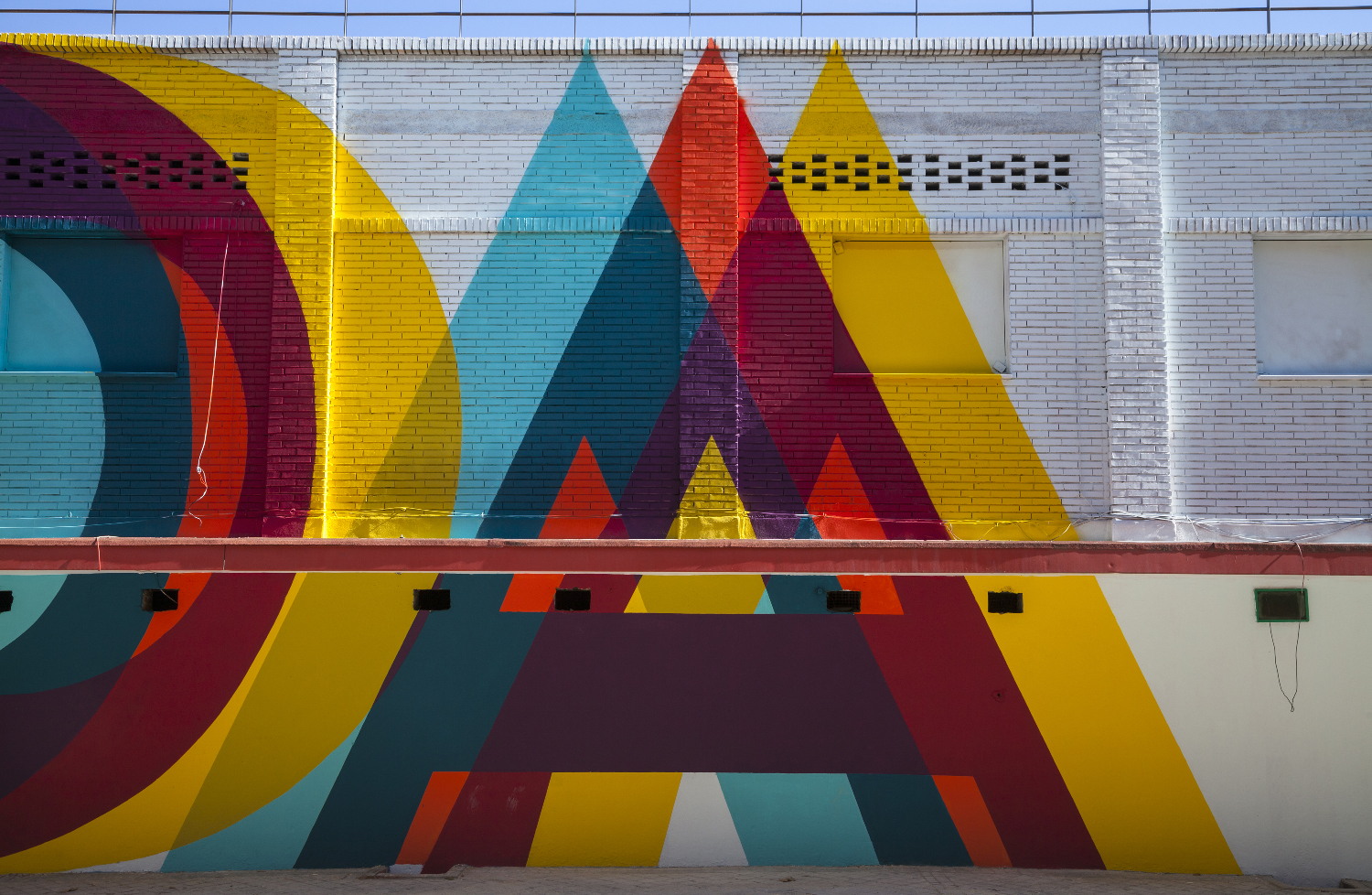 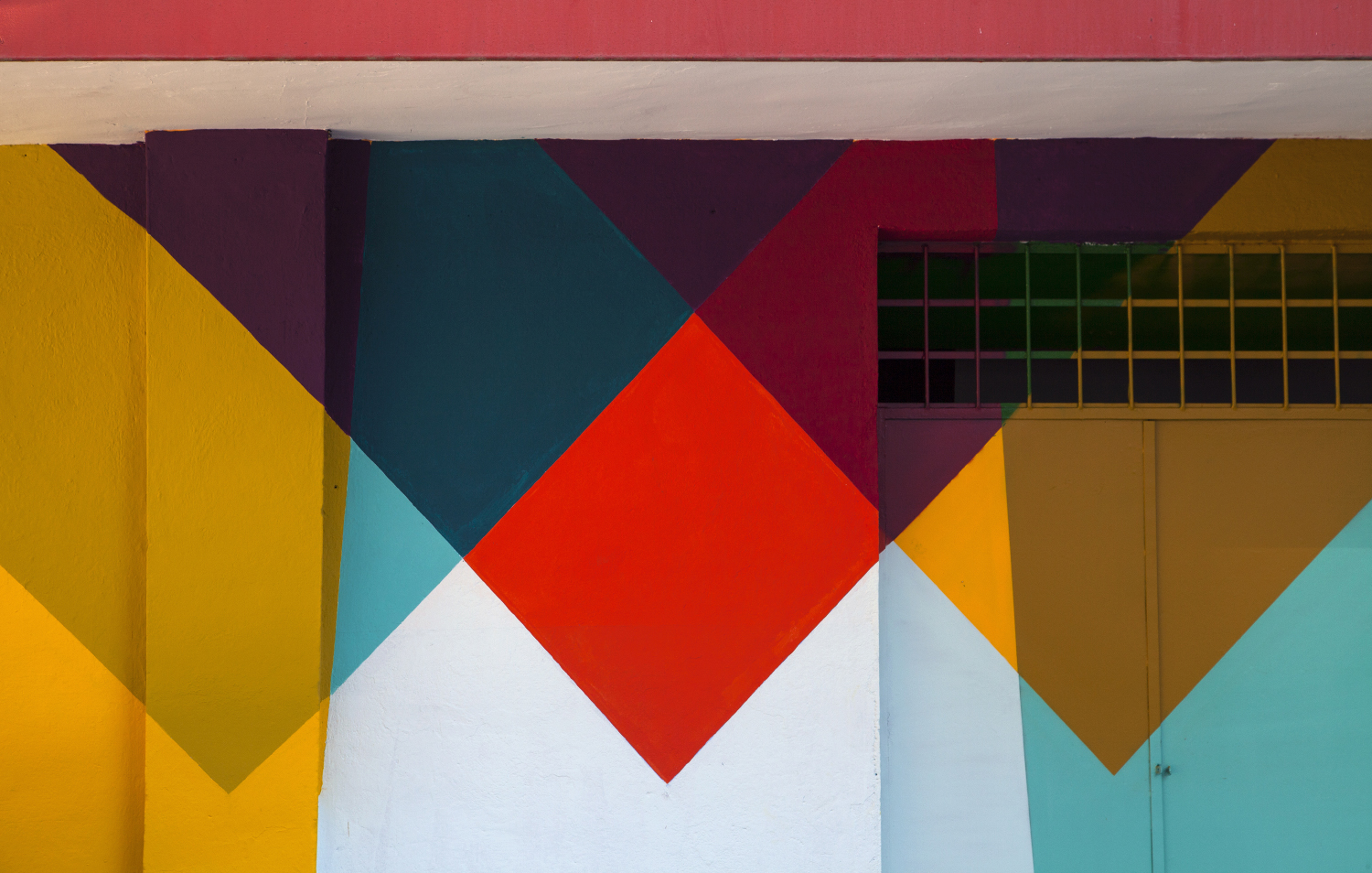 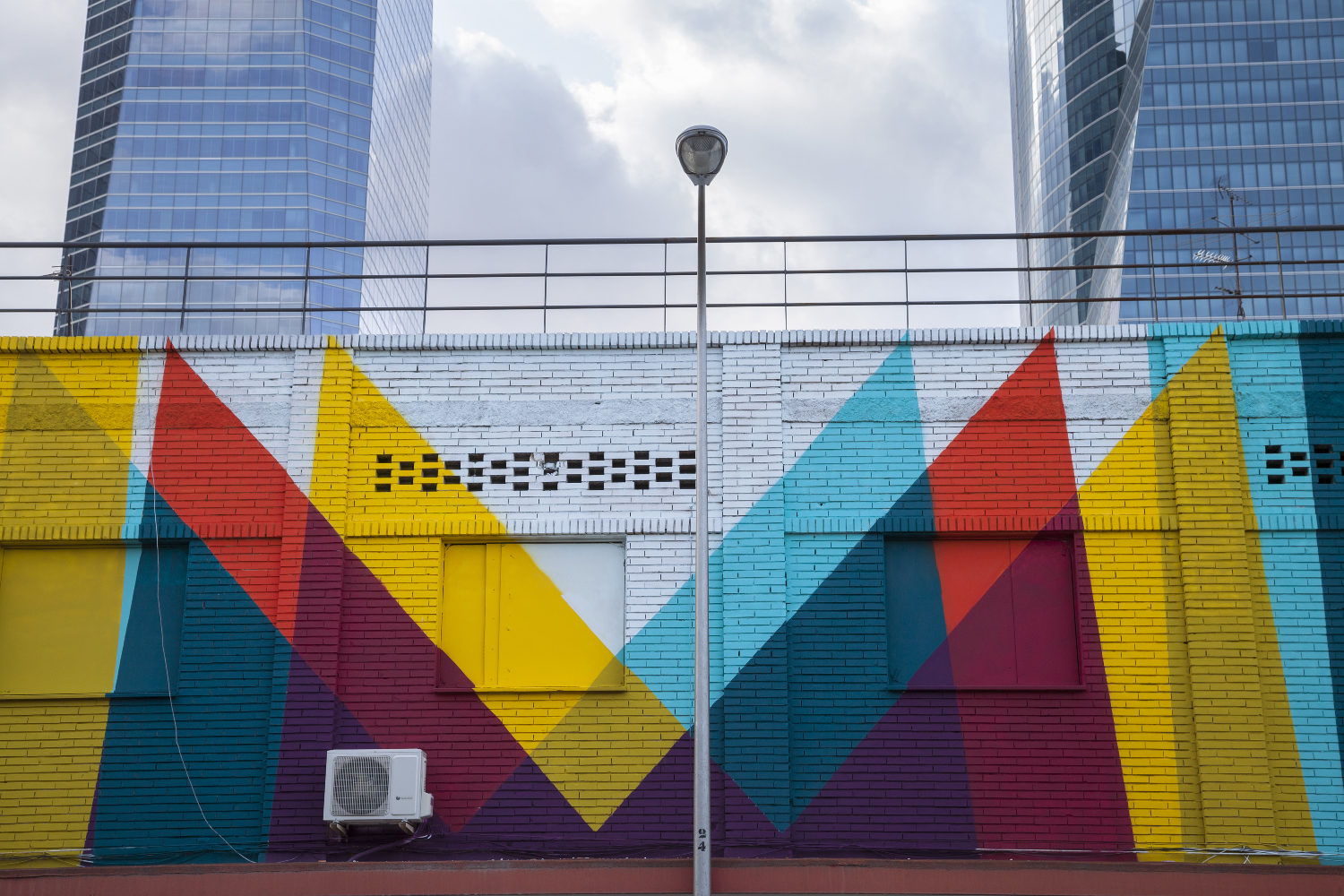 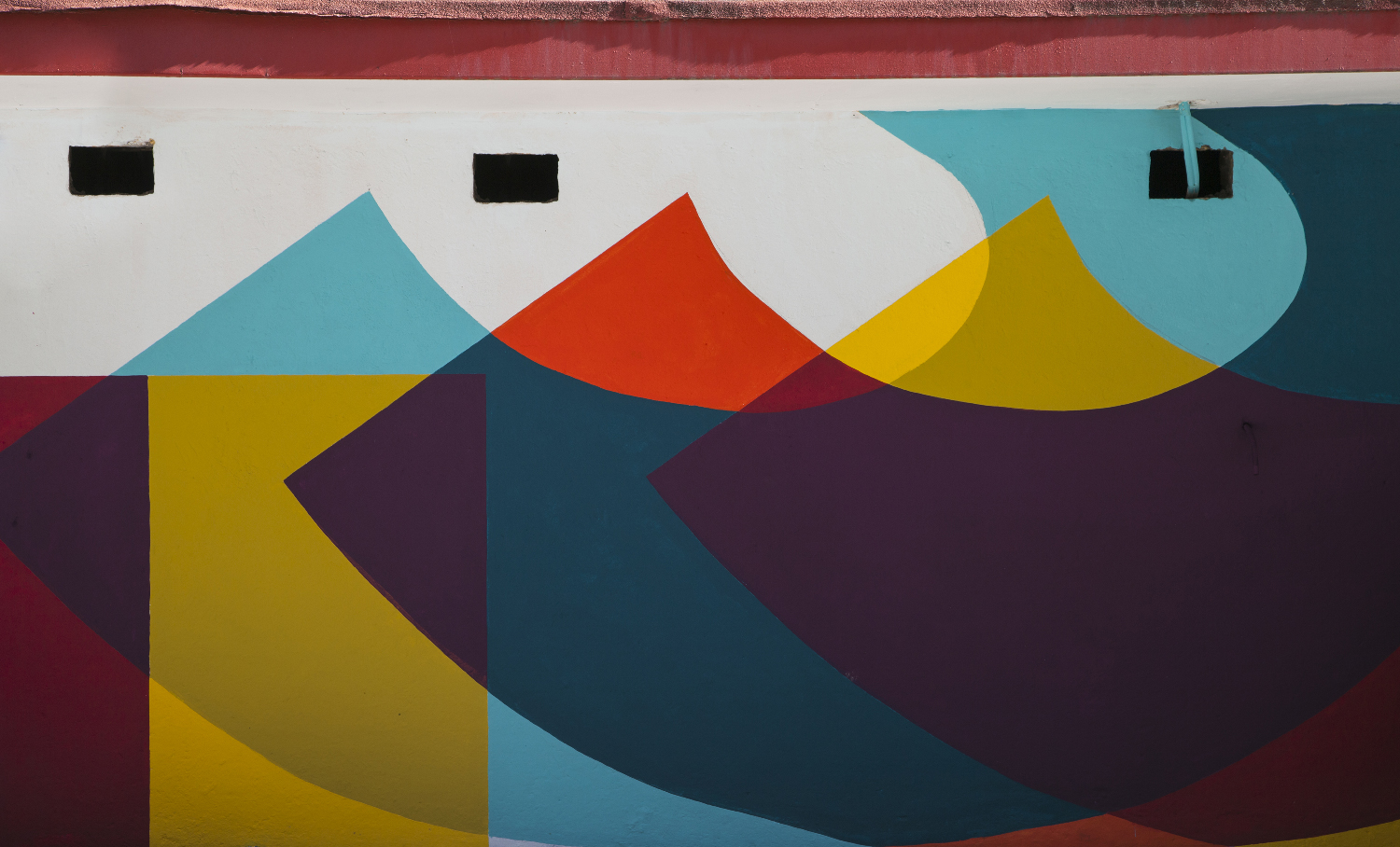 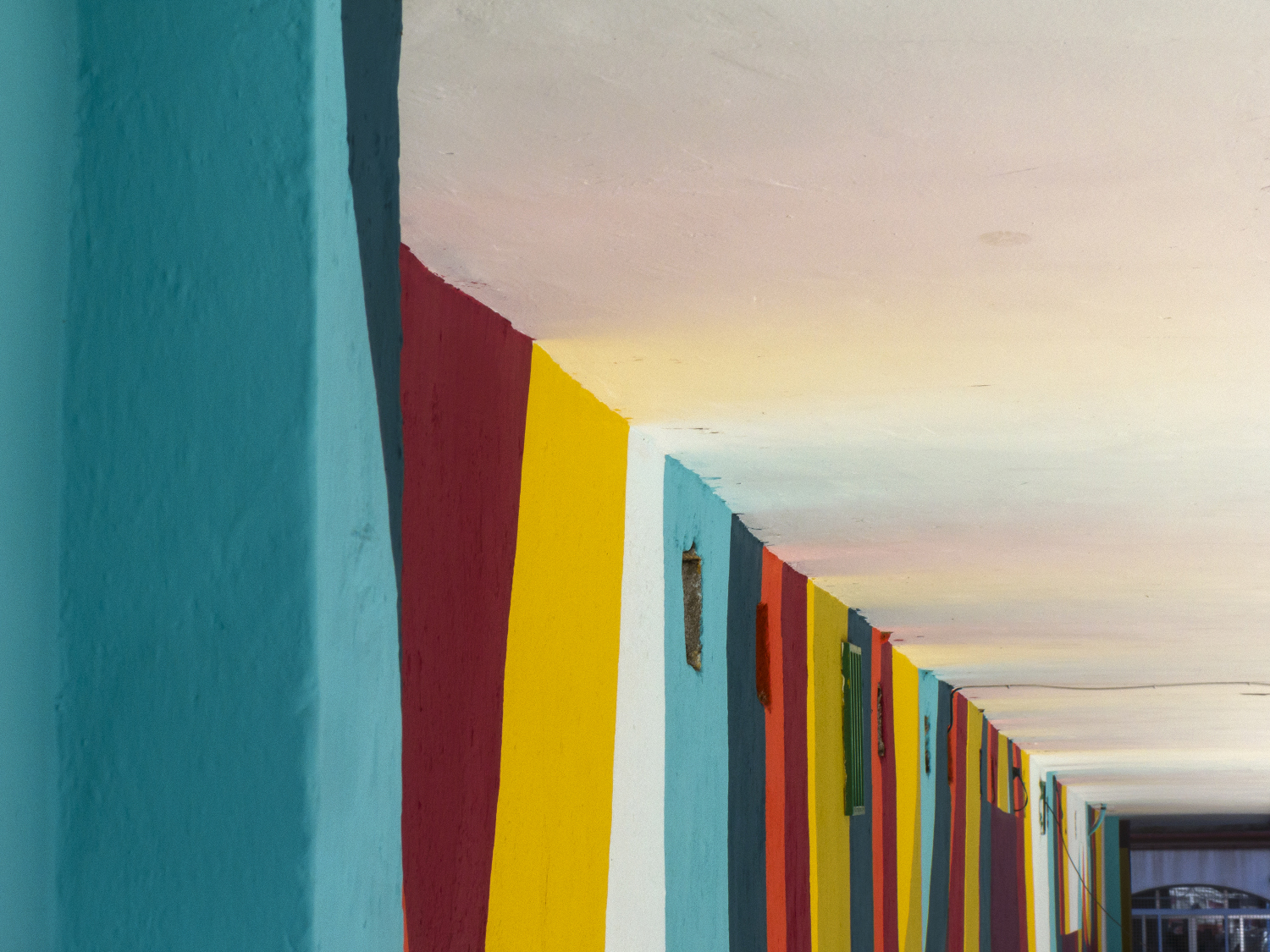 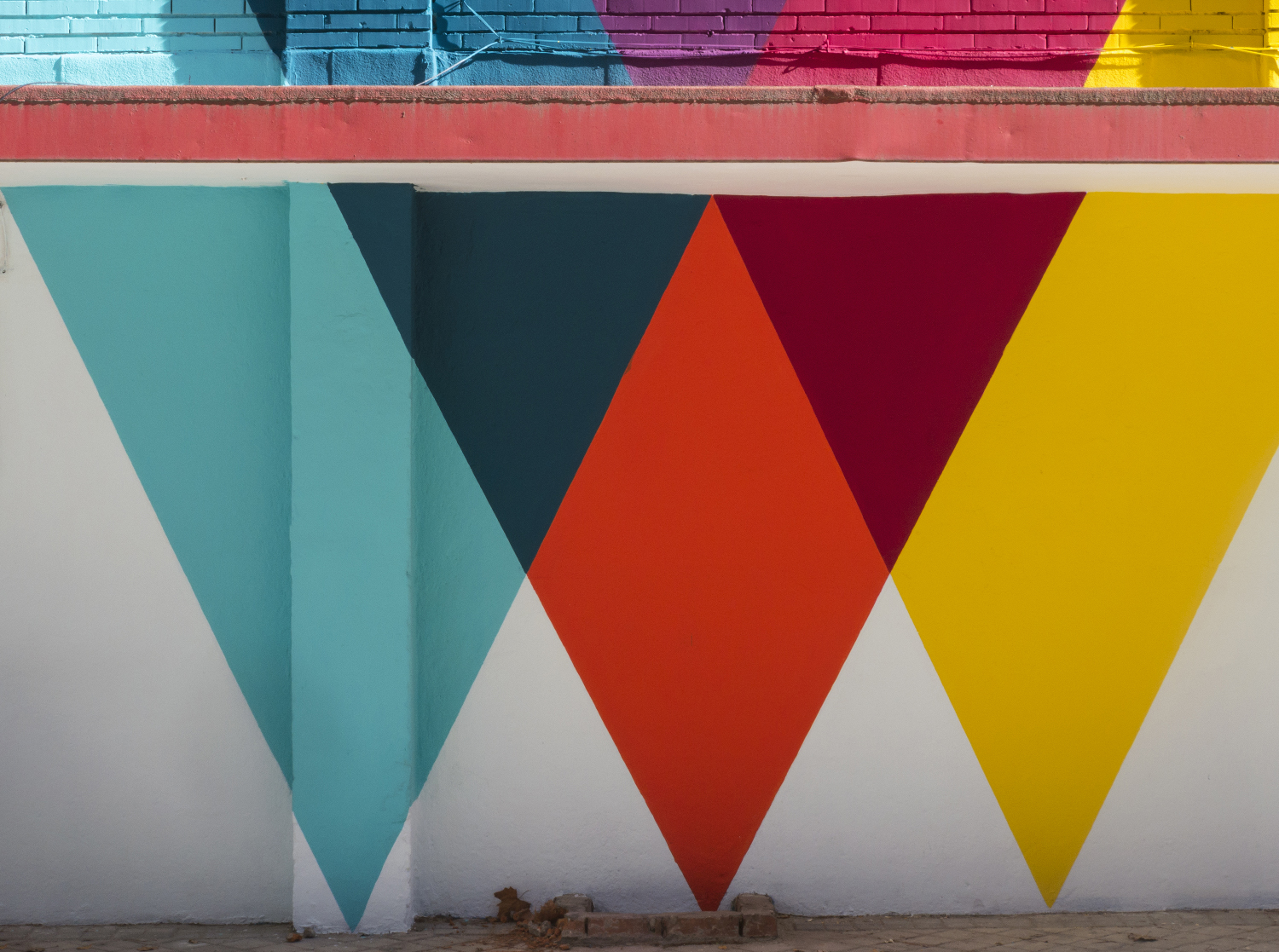 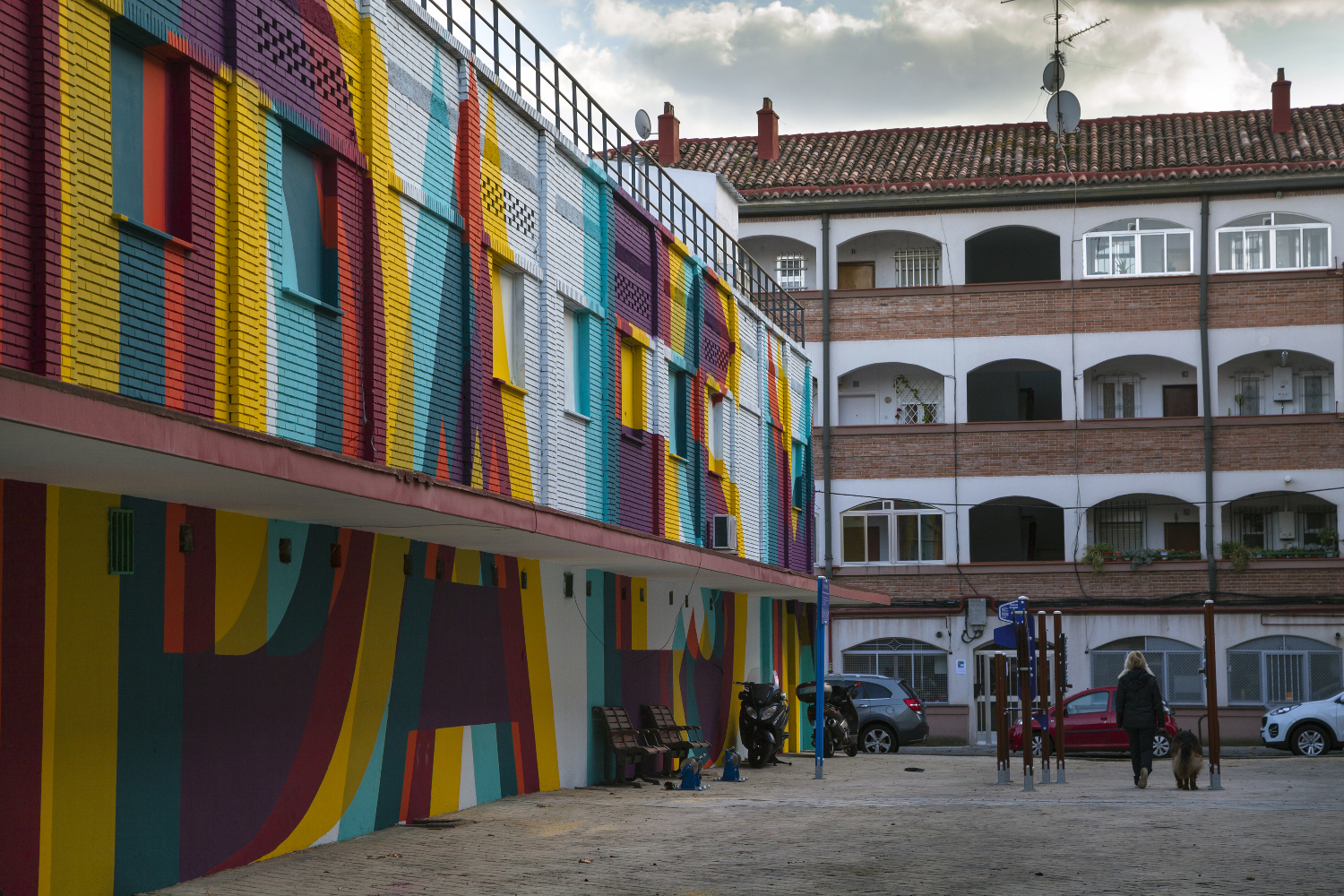