Pride of living in Siloé. This 480 m2 “carpet” welcomes everyone who accesses the “Comuna 20” in the “Metrocable”, a public cable car that climbs the characteristic sheer hills of this community.

With this intervention, we try to contribute to the process of erasing the deep violence and criminal gang stigma from Siloé: a self-made community, built brick after brick by its own indigenous, afro-Colombian and paisa former neighbors. 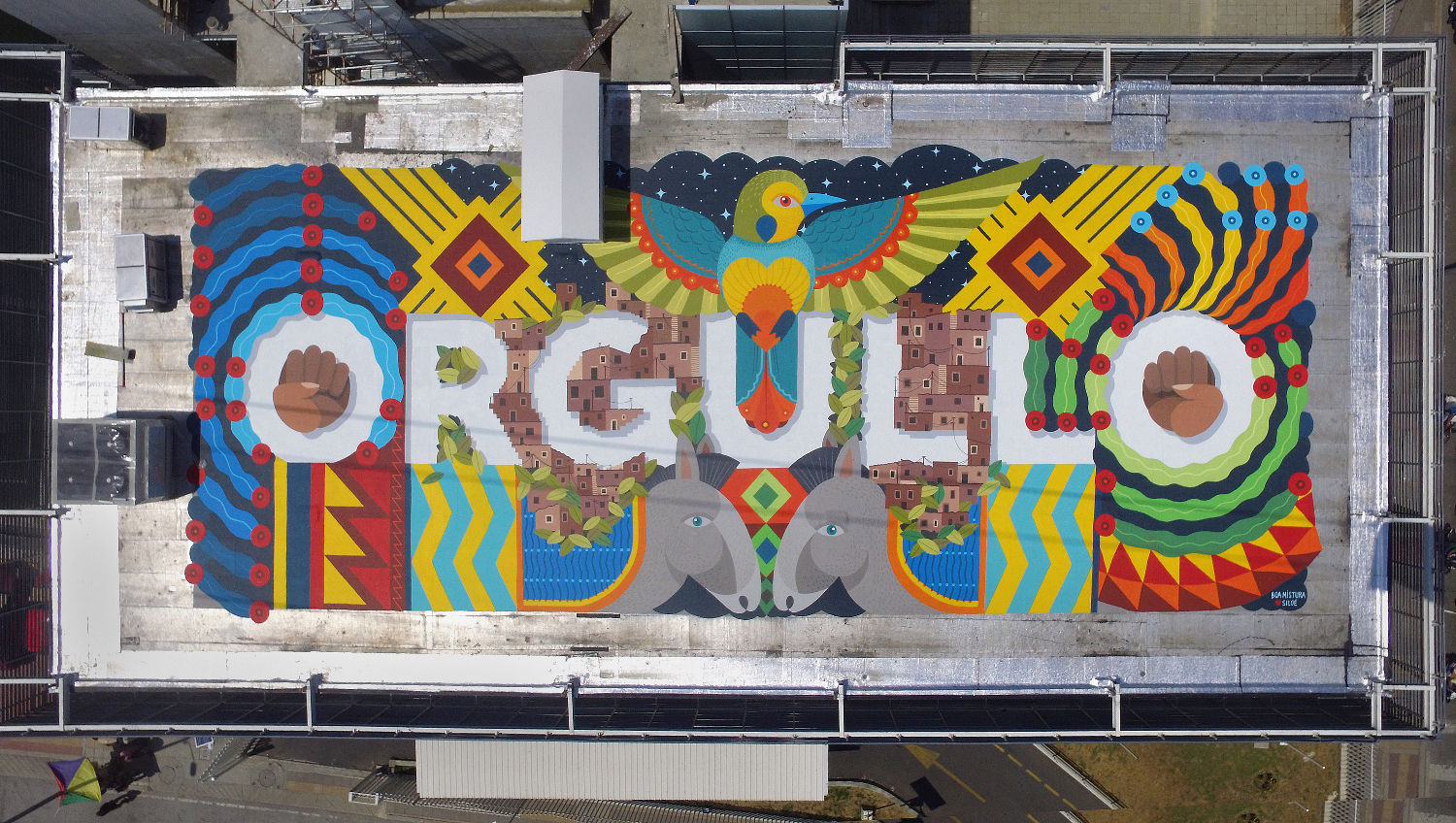 The 20th colony in Cali is one of the most stigmatized communities in Colombia. It was created in the early nineteenth century by miner workers from Caldas, gathered with people from Medellín, muleteers, Afro-Colombians, and hundreds of peasant families from the south. The city was the operational base of the M-19 insurgent movement in the 1970s. Today, the different gangs fight for the control of drugs. In spite of this, Siloé is a community that awakens pride in all its inhabitants. Our mural is a tribute to the identity of a place erected brick by brick, that struggles to continue building its present.

"5 Km is the distance till the tip of Siloé, a commune perched on the mountains of Cali. During this way, a lot of good people: men and women who work all over the city, bright students, teachers, athletes, musicians, artists, families, and a lot of «peladitos» and «peladitas». The beauty of the daily struggle against the slope of the streets lies in their body muscles. And all this happens amongst 19 gangs killing each other on the streets." 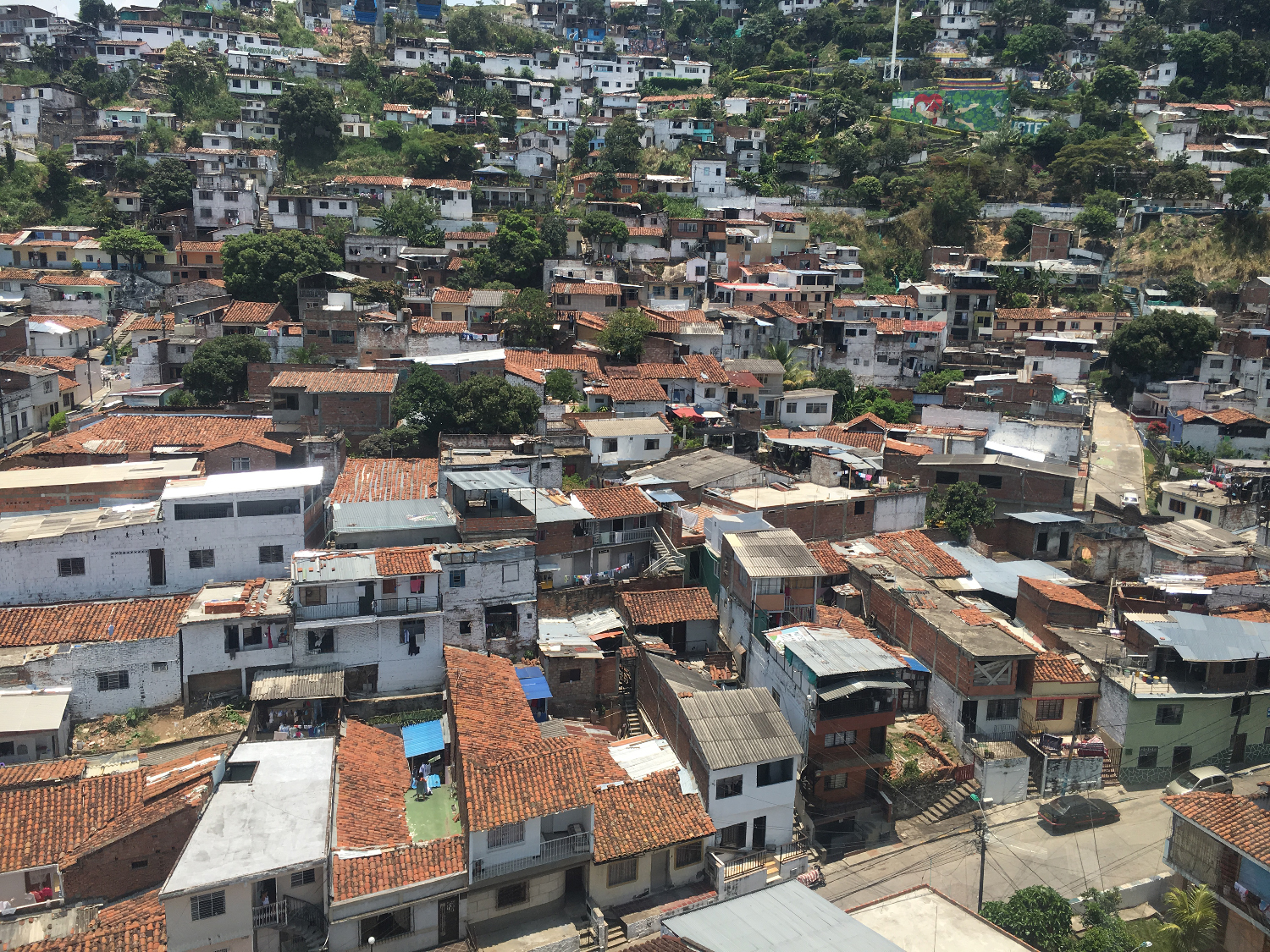 Our piece is located on the roof of a health center at the foot of Siloé, and you can only see it from the cable car that runs above the Comuna 20 or from the top of the hill. We wanted to gather in the mural those elements that make Siloé a special place.

Some of the inhabitants on Siloé have a Yanacona origin. For most of them, the sun, represented by a rhombus, protects and brings life to the village. Nasa people use a zigzag line to describe the path of life. On both sides, the braided hair of the Afro-Colombian miners, founders of the colony.

In the foundation, the horses represent the only way to transport building materials due to the strong steepness of Siloé. It is said that each horse goes up and down with an average of 2 tons a day. They carry the weight of each brick of the neighborhood.

Fists are a symbol of struggle and protest. The 20 commune was the refuge of the M-19, guerrilla command that claimed a democratic and constituent Colombia. Its character is still reflected in the neighbors of Siloé, who proudly count hundreds of stales about the movement.

High above the stars, the bird from Cali (multicolored Tángara) presides over the mural. Originally it was a constant presence on the hill, and nowadays, it is in danger of extinction. 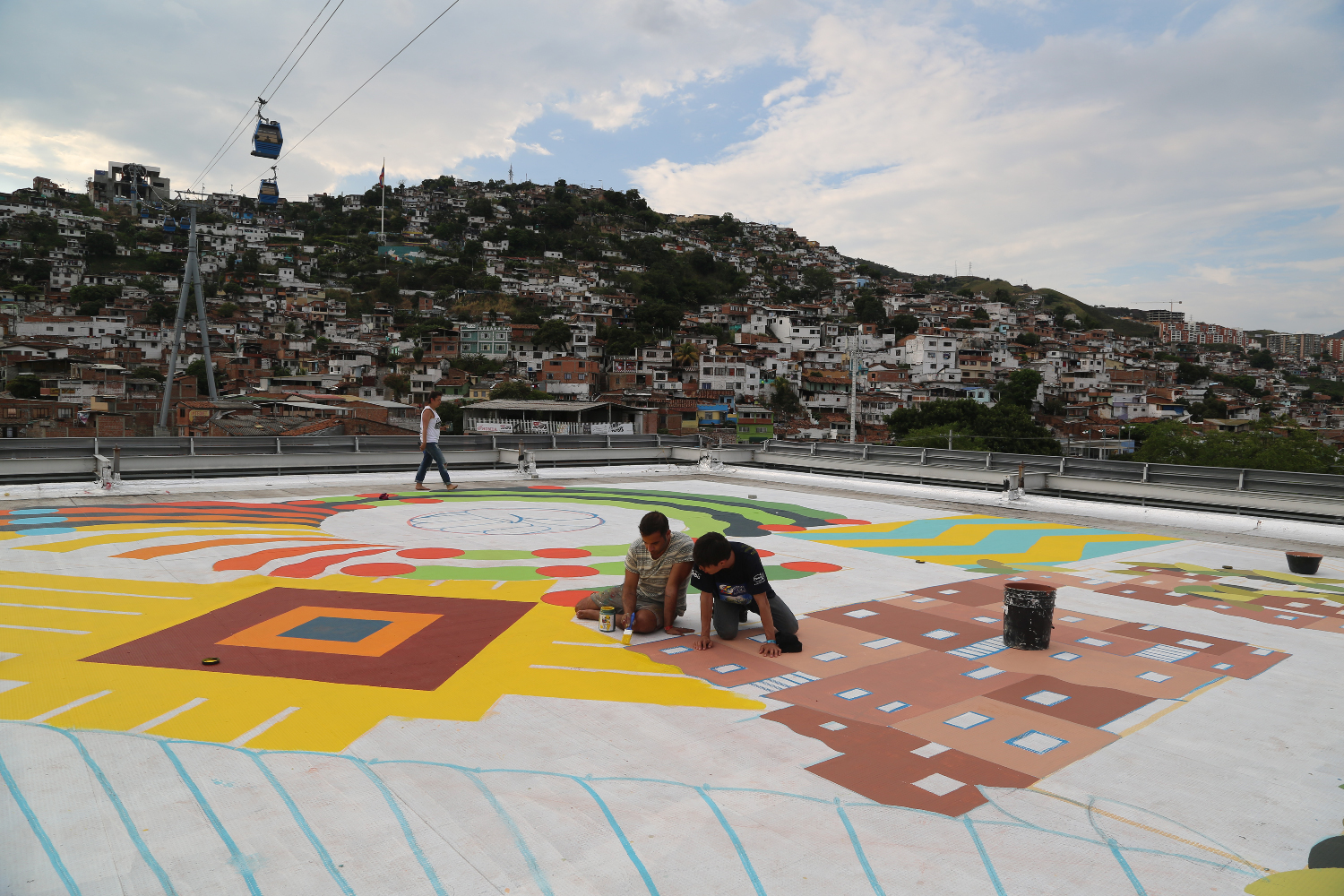 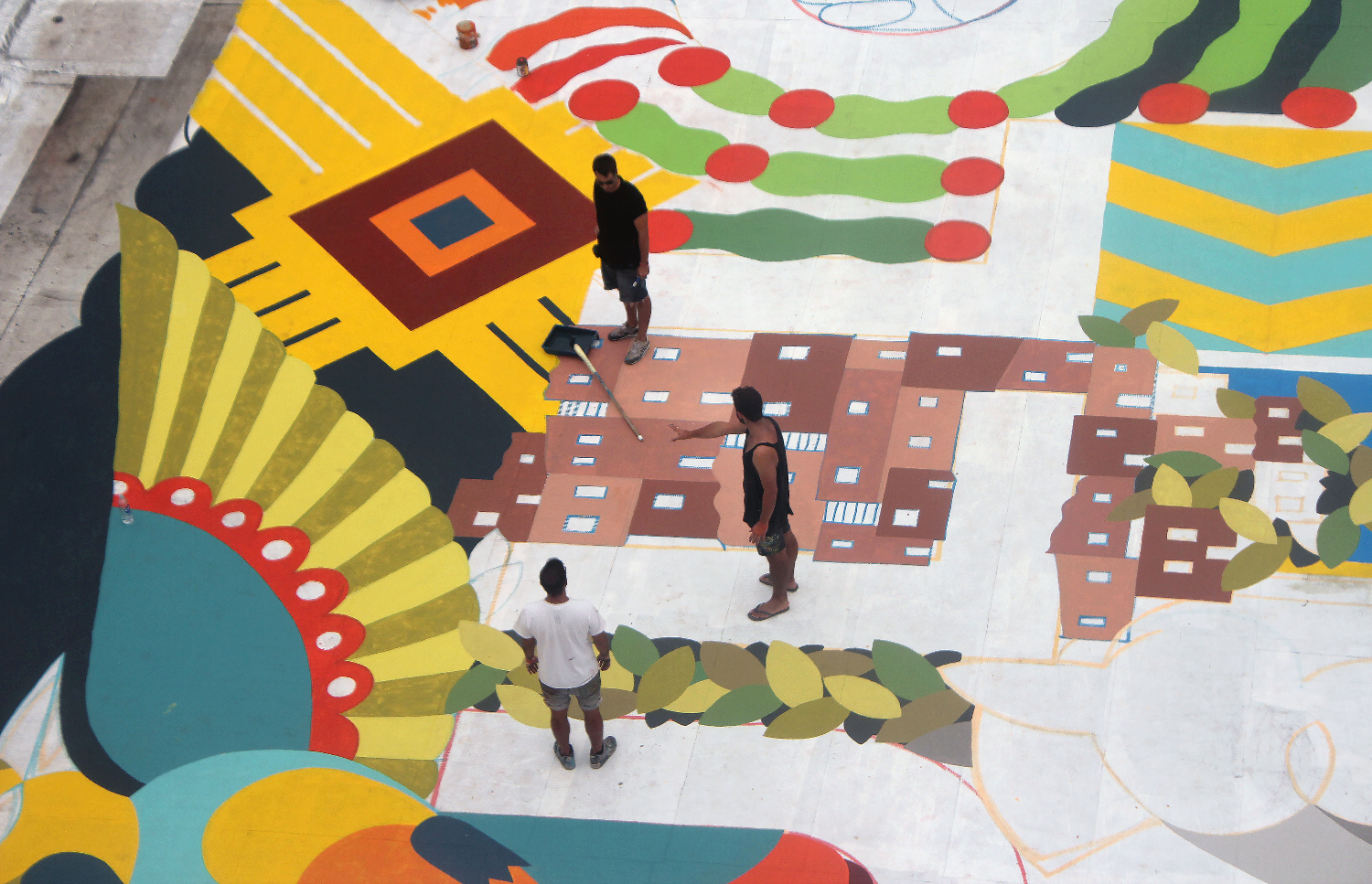 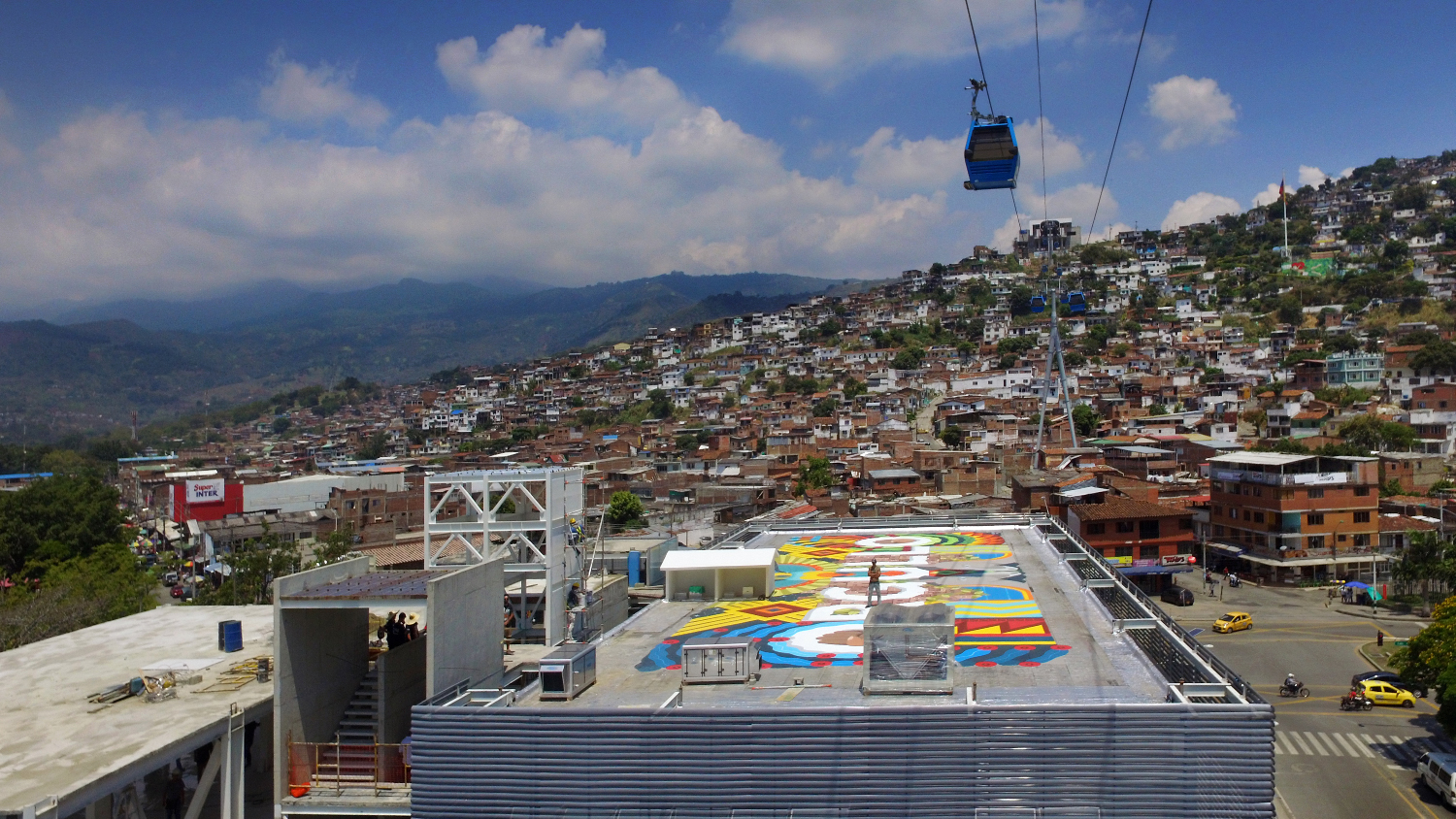 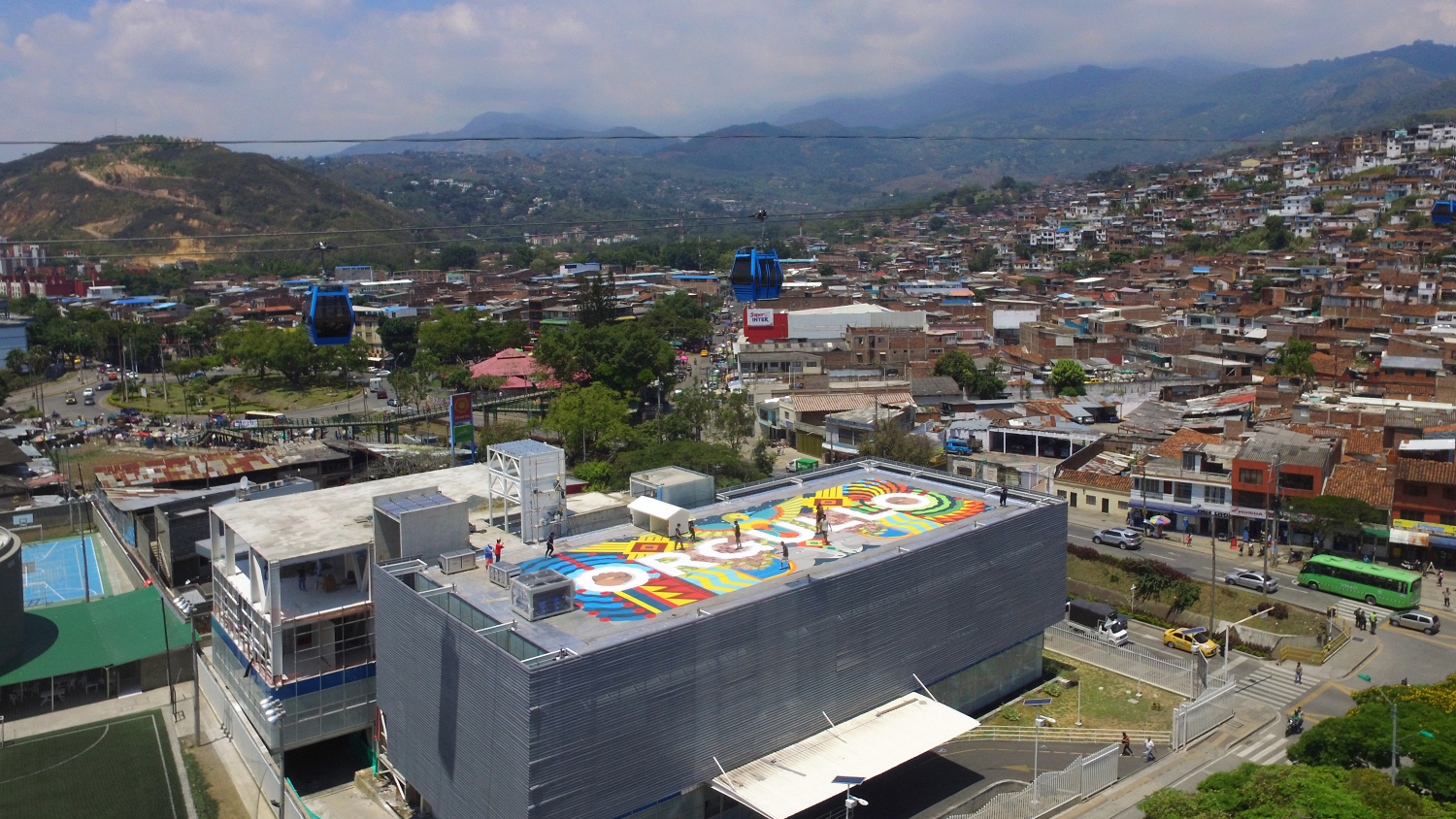 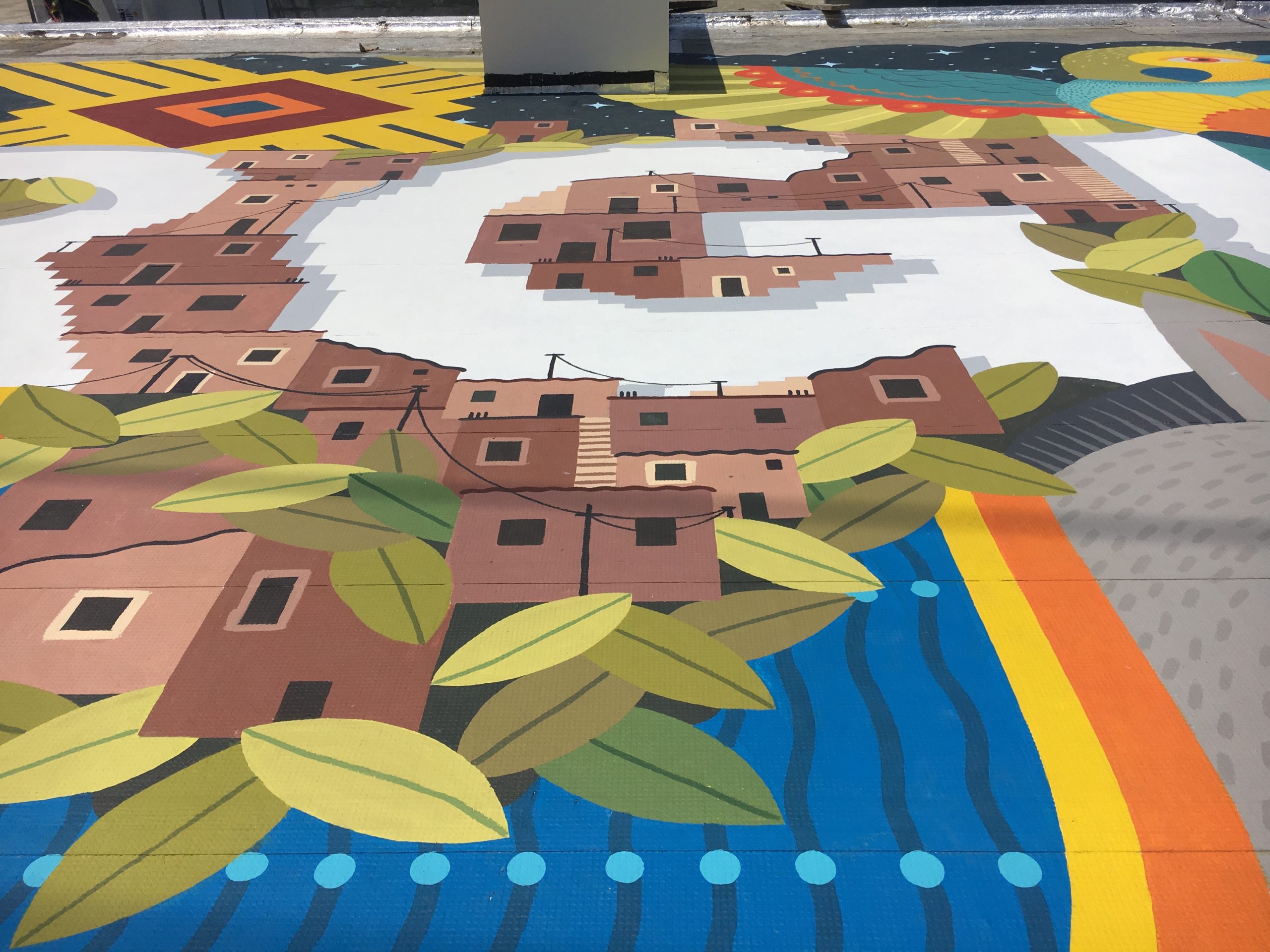 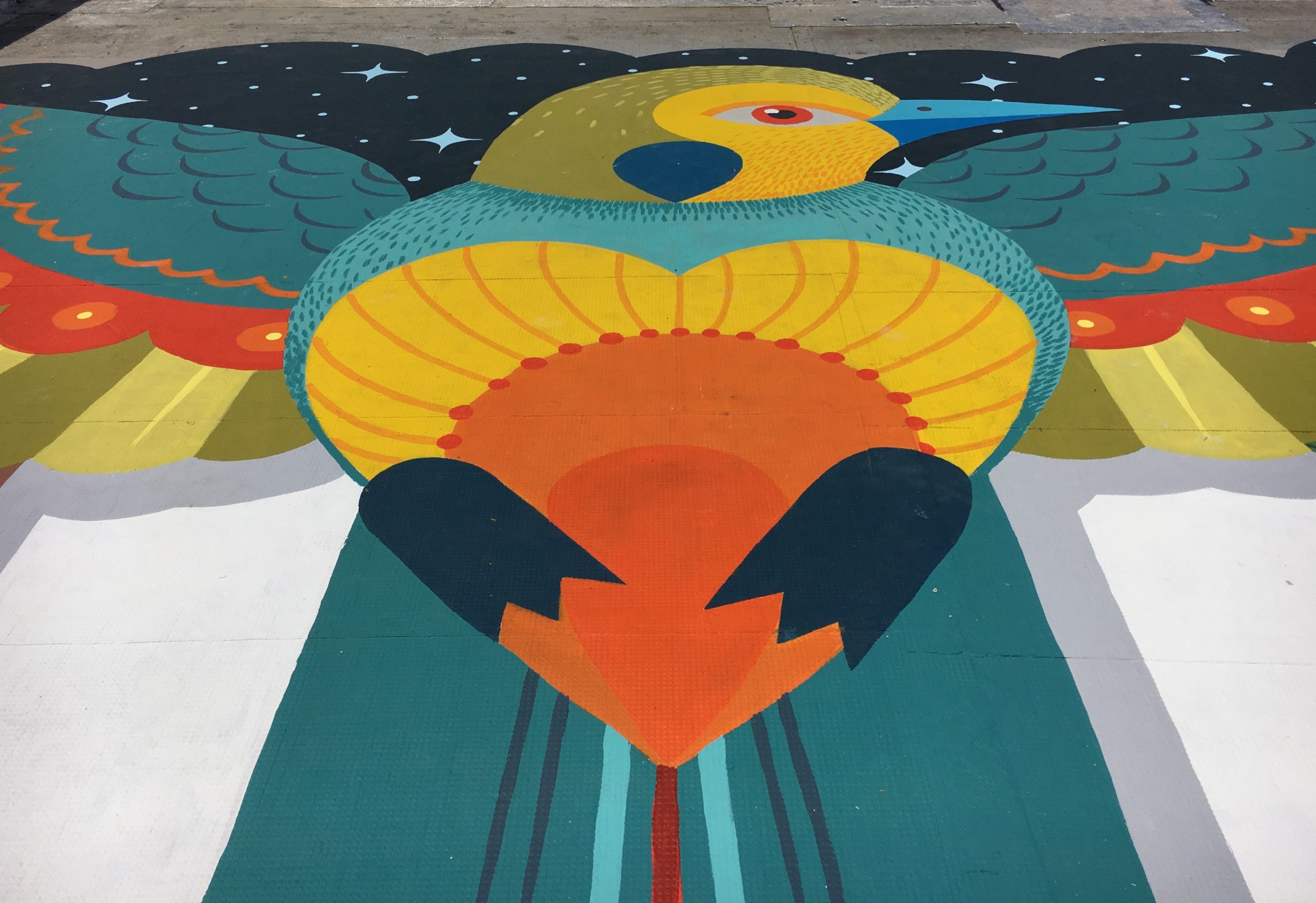 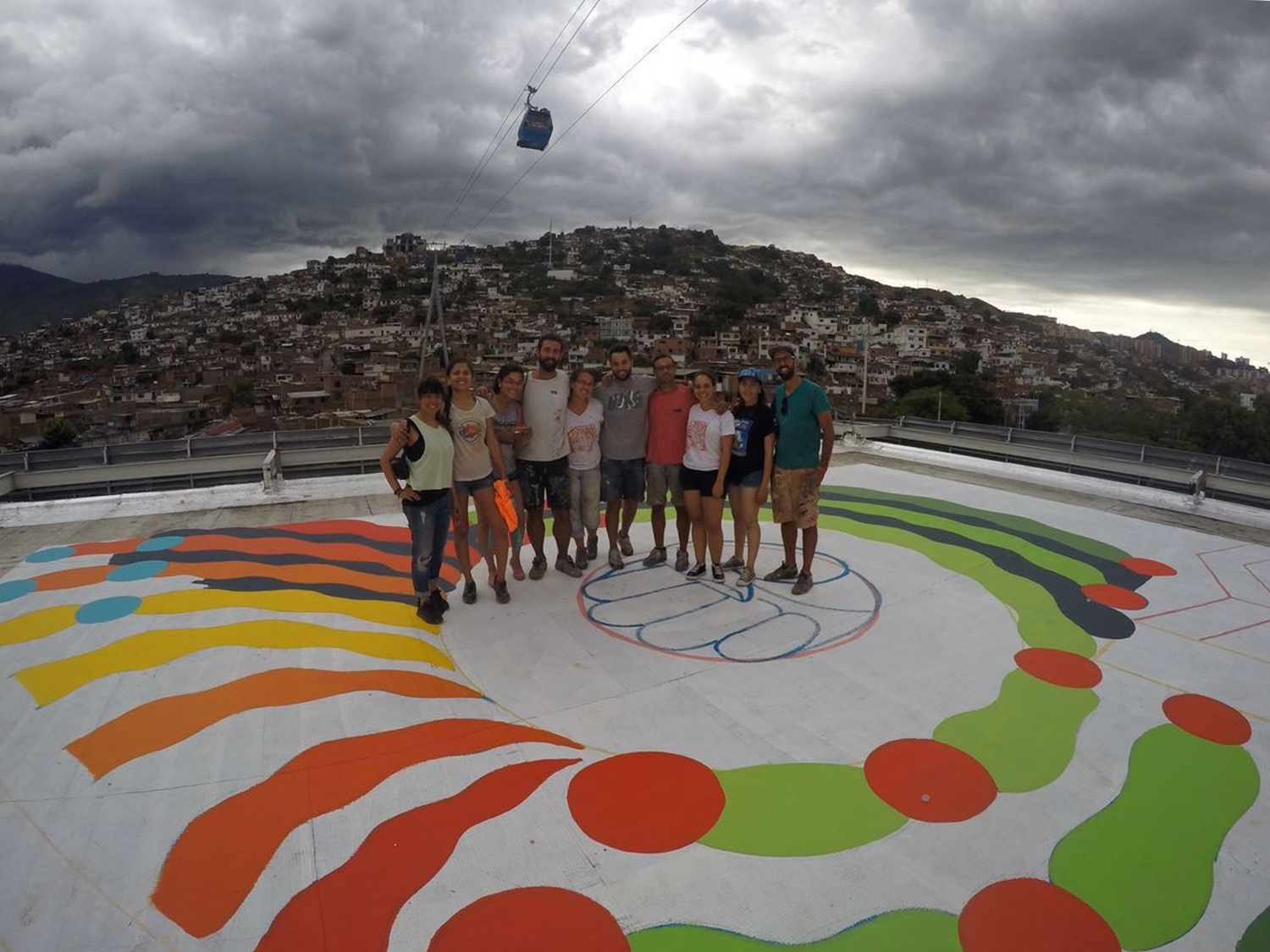