Algiers’ old town, Casbah, was declared a World Heritage Site by the UNESCO in 1992, but it is nowadays very damaged.

It is called “La Blanche” (the white one), due to the original color in which the mediterranean port painted years ago. It seemed very poetic to us, the idea of bringing back the white color, but preserving some of the actual old and wasted color, we decided to write inspiring messages that could make the walls and people shine again.

he term Casbah comes from the Arabic “Al Qasbah” and means citadel. This small city has Ottoman origin and was built over a hill that enters the sea and is divided in two: the Higher Casbah and the Lower Casbah.

Seen from the Algiers bay, it was said the city used to look as if sugar cubes were climbing the hill. This, in fact gave its nickname «La Blanche», but despite the romanticism surrounding the old town, the carelessness and the passage of time has wiped the white color of its façades.

Historically, the Casbah has been the epicenter for the active islamism and became one of the roughest spots of the city, specially during the “black decade” which shook the country during the 90’s. UNESCO declared it as World Heritage Site in the year of 1992, but the truth is that the chaotic «pile» of houses is crumbling down. 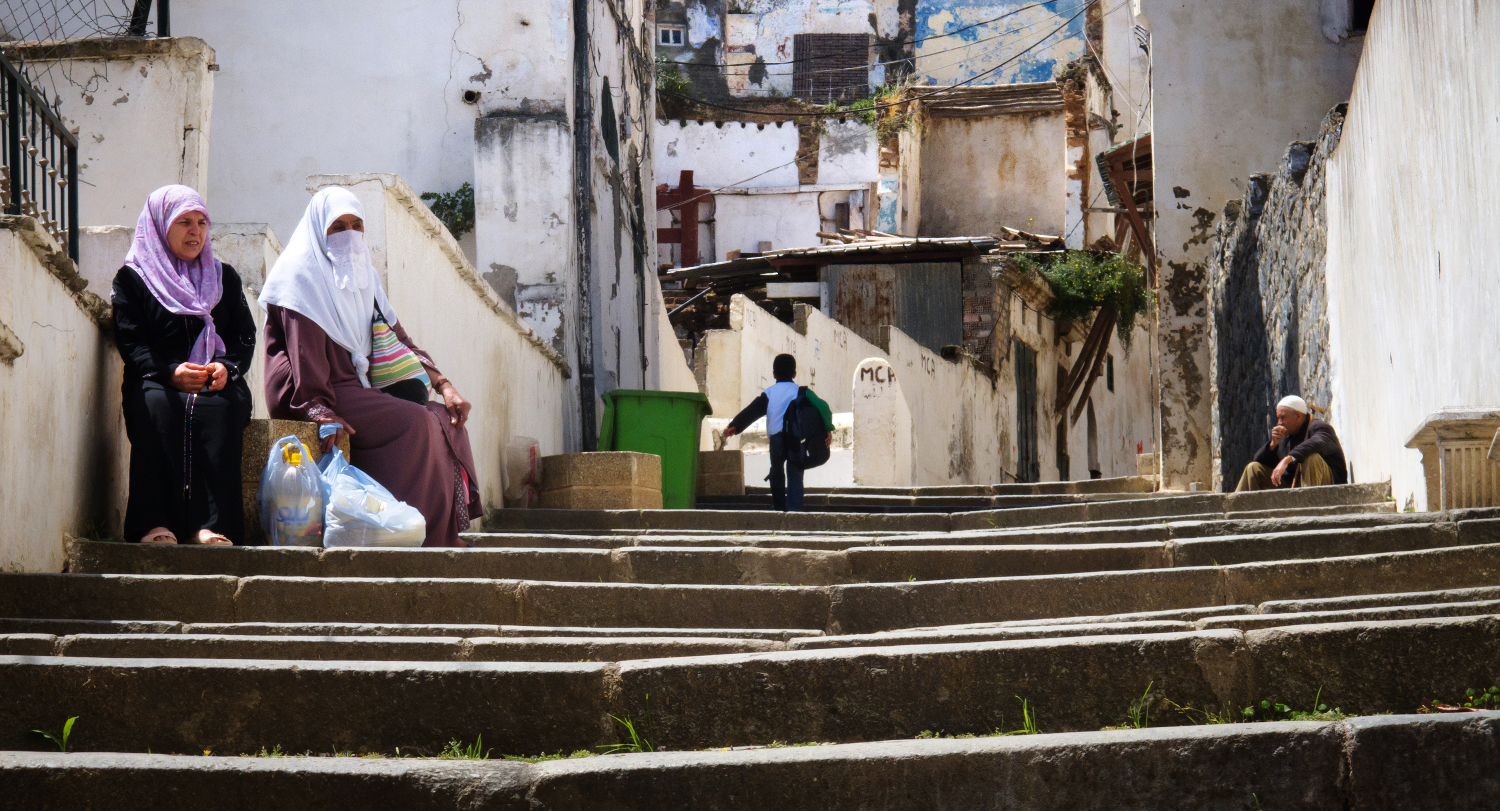 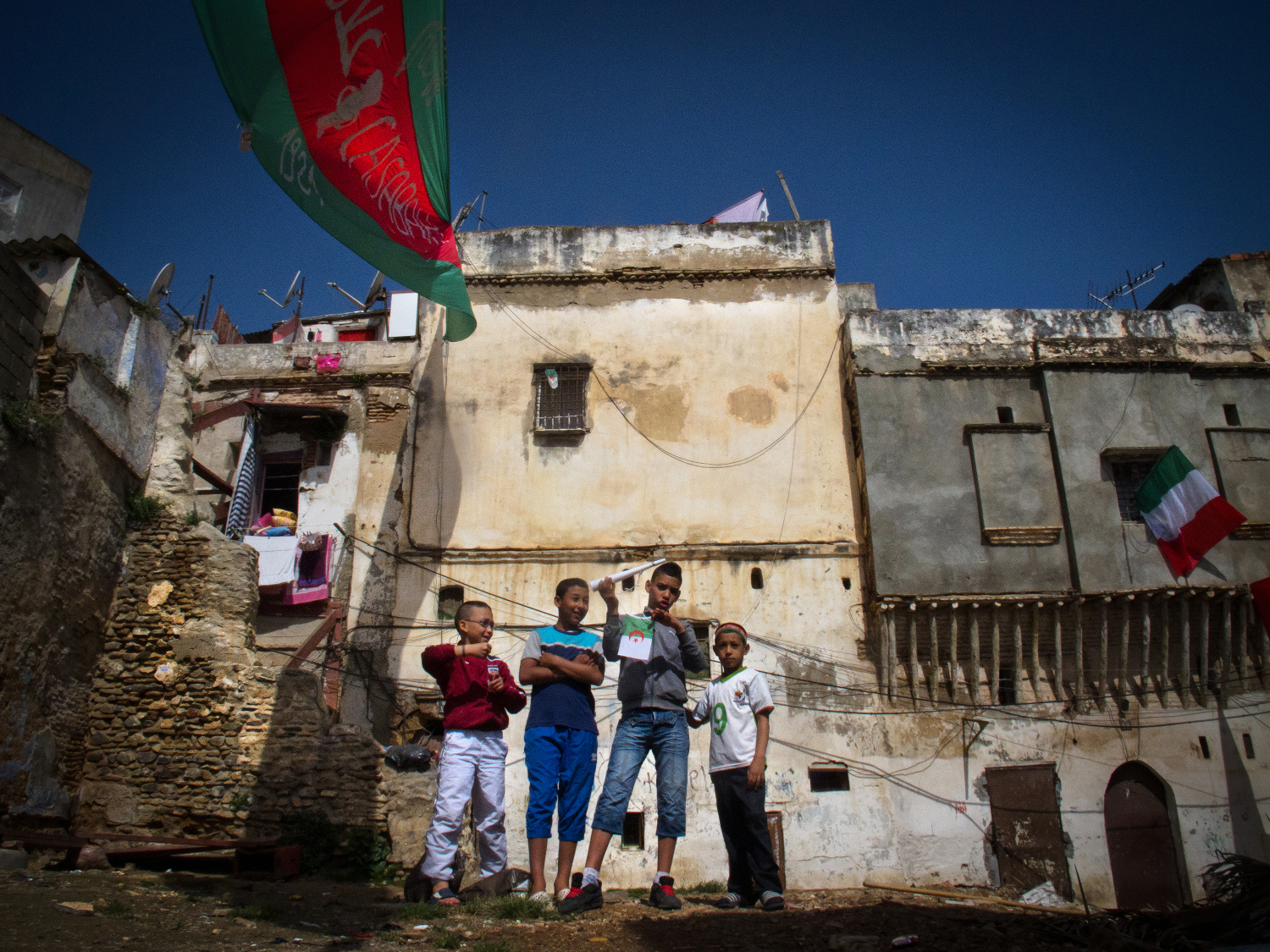 We had to be respectful, so we decided to barely intervene. Bring back the white color to the city and freeze time between two layers of paint. Sentences and positive words are the sum of the days we lived there and the feeling we got from the muslim society. The intervention respects some parts of the original walls by keeping the inside of the calligraphy with the original color, and painting the rest of the wall with white.

Some fragments are more understandable than others, some others can barely be guessed, creating this way, a magical effect that somehow demonstrated that these words were always there. 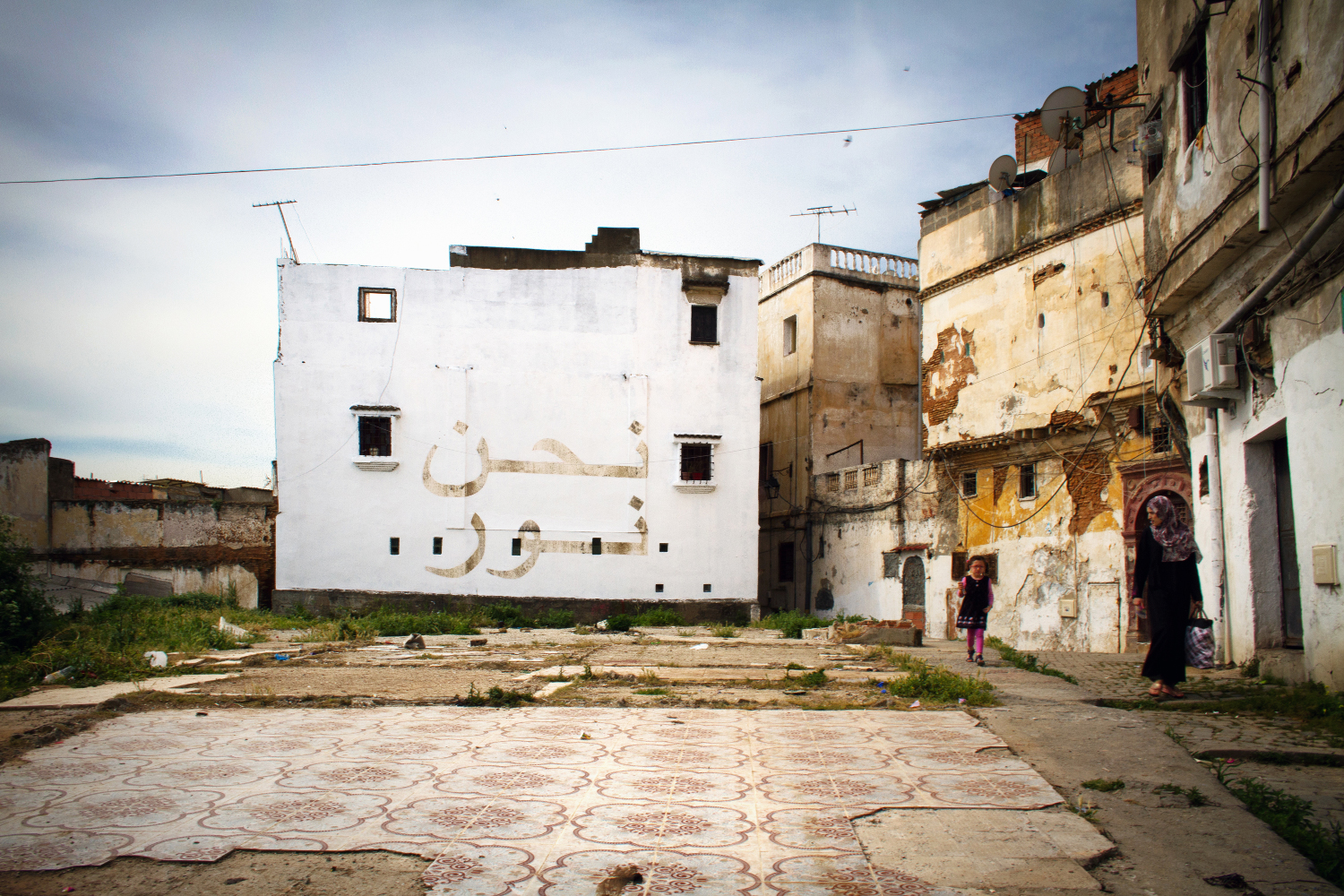 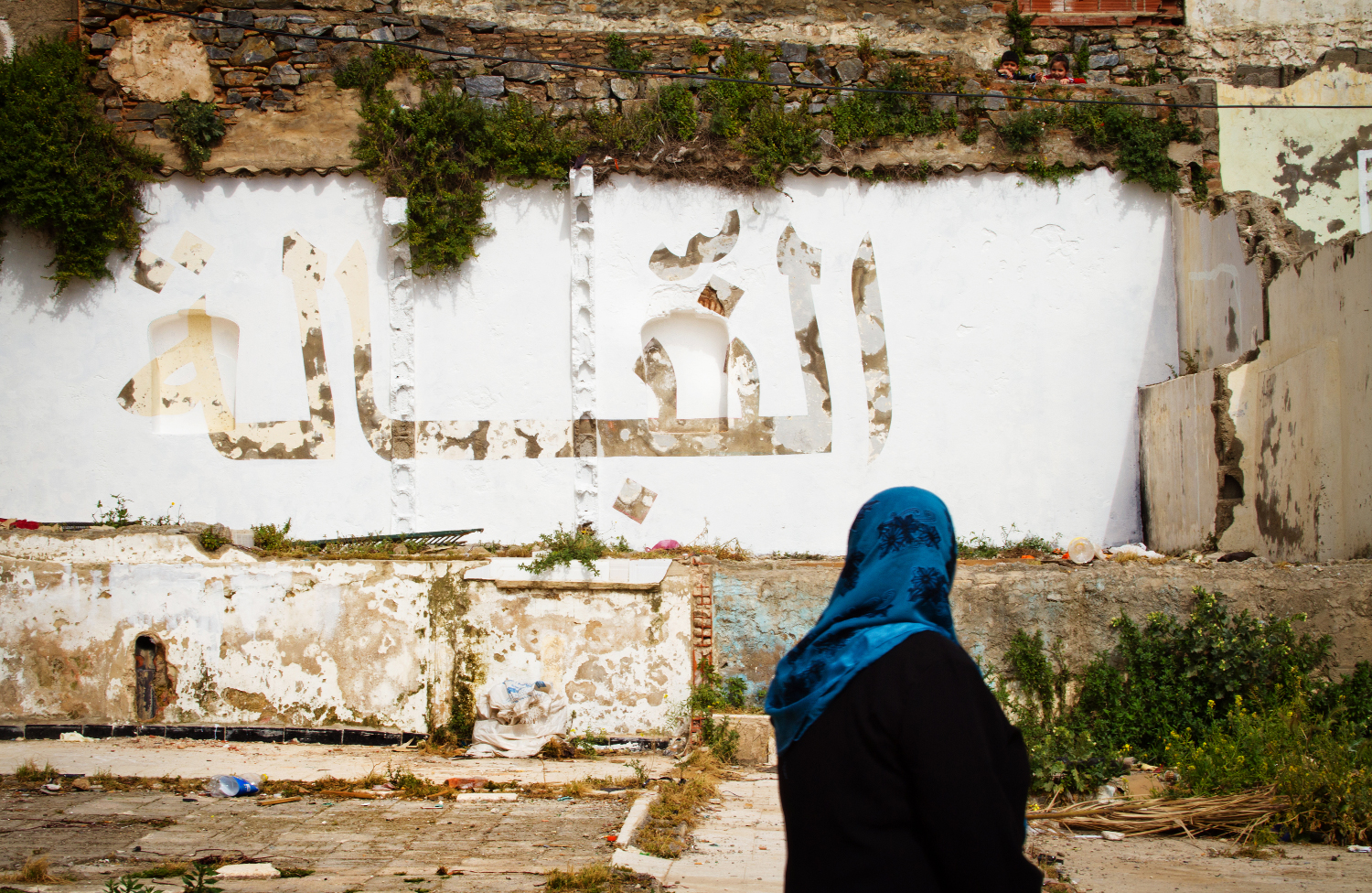 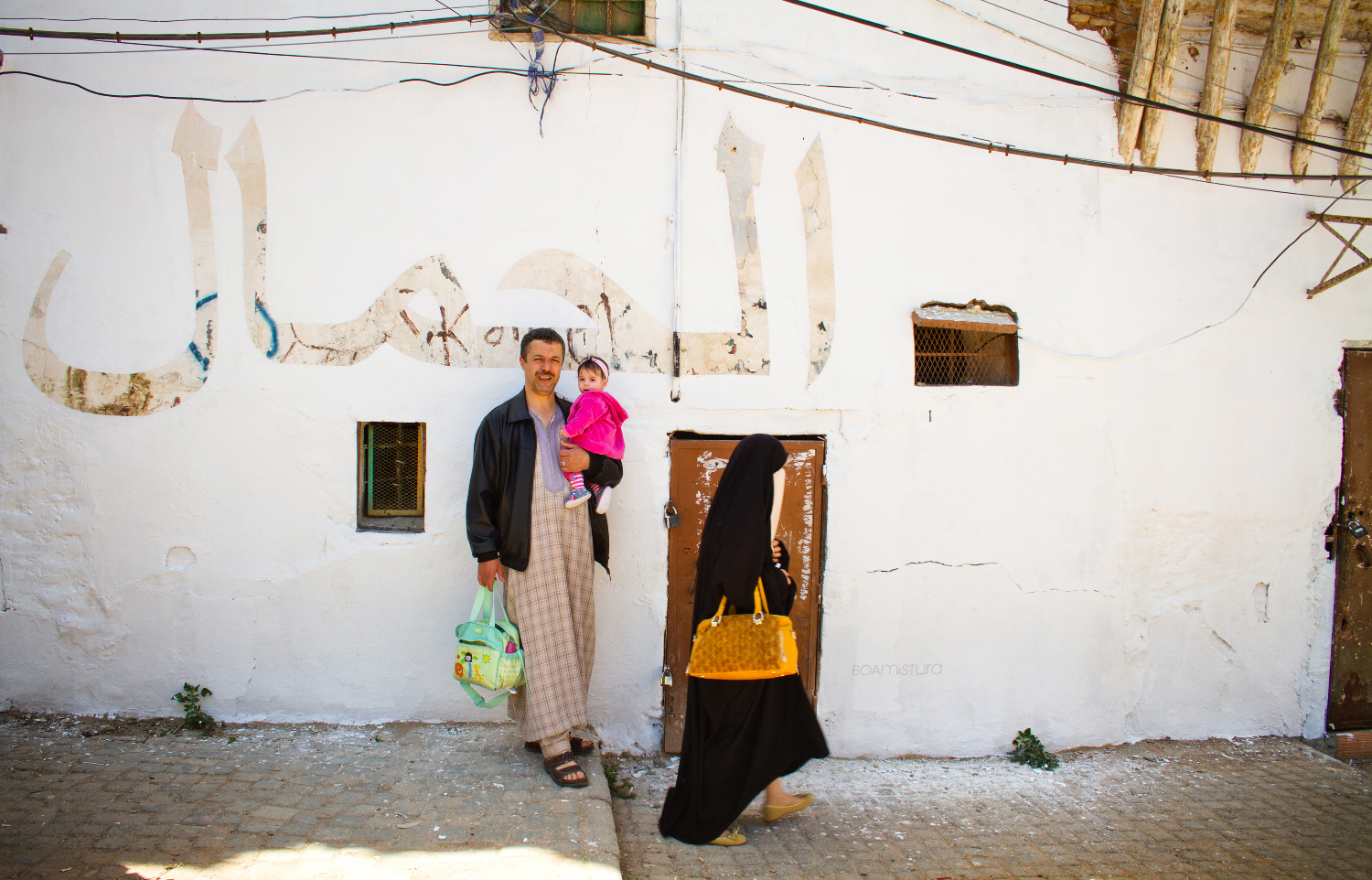 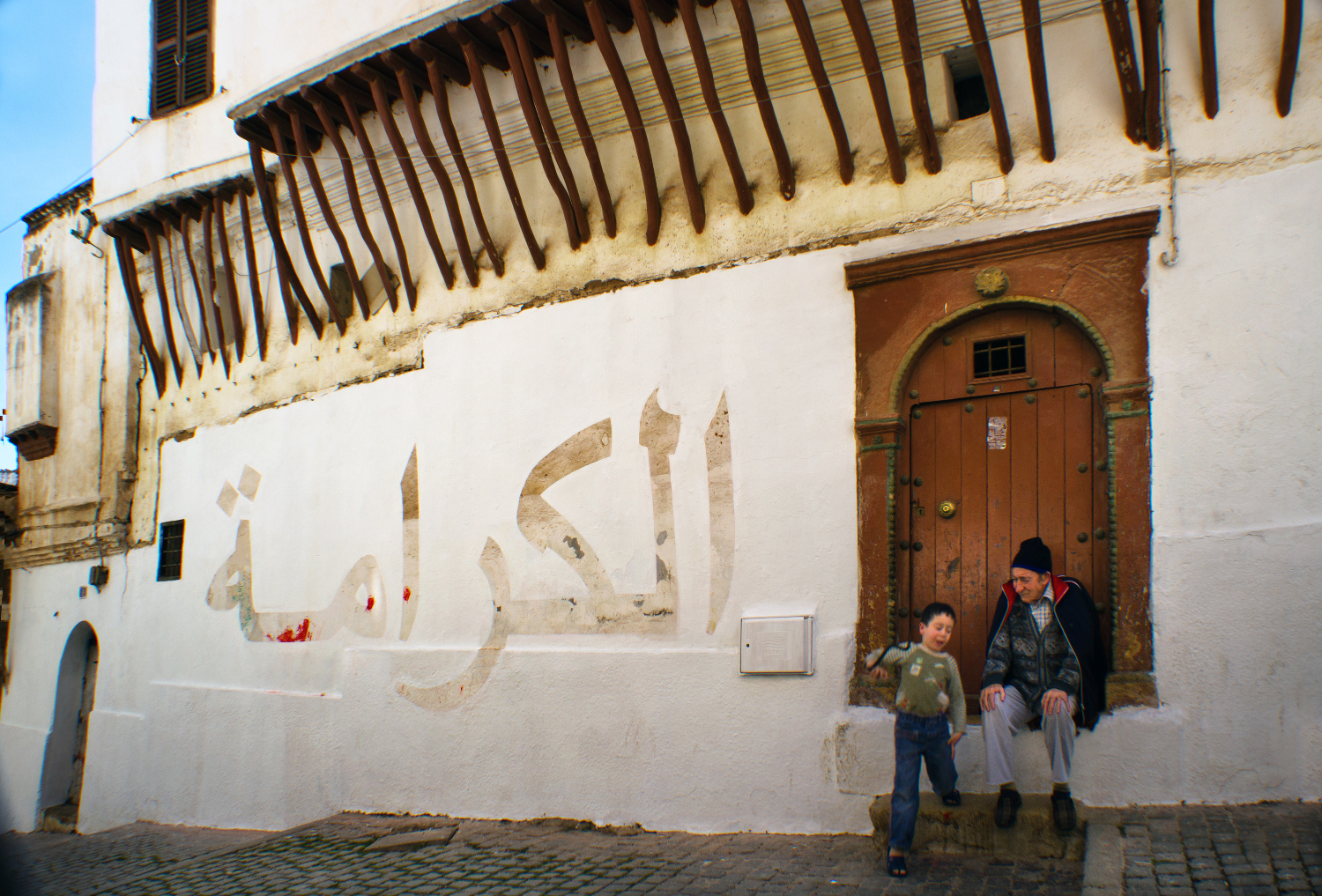 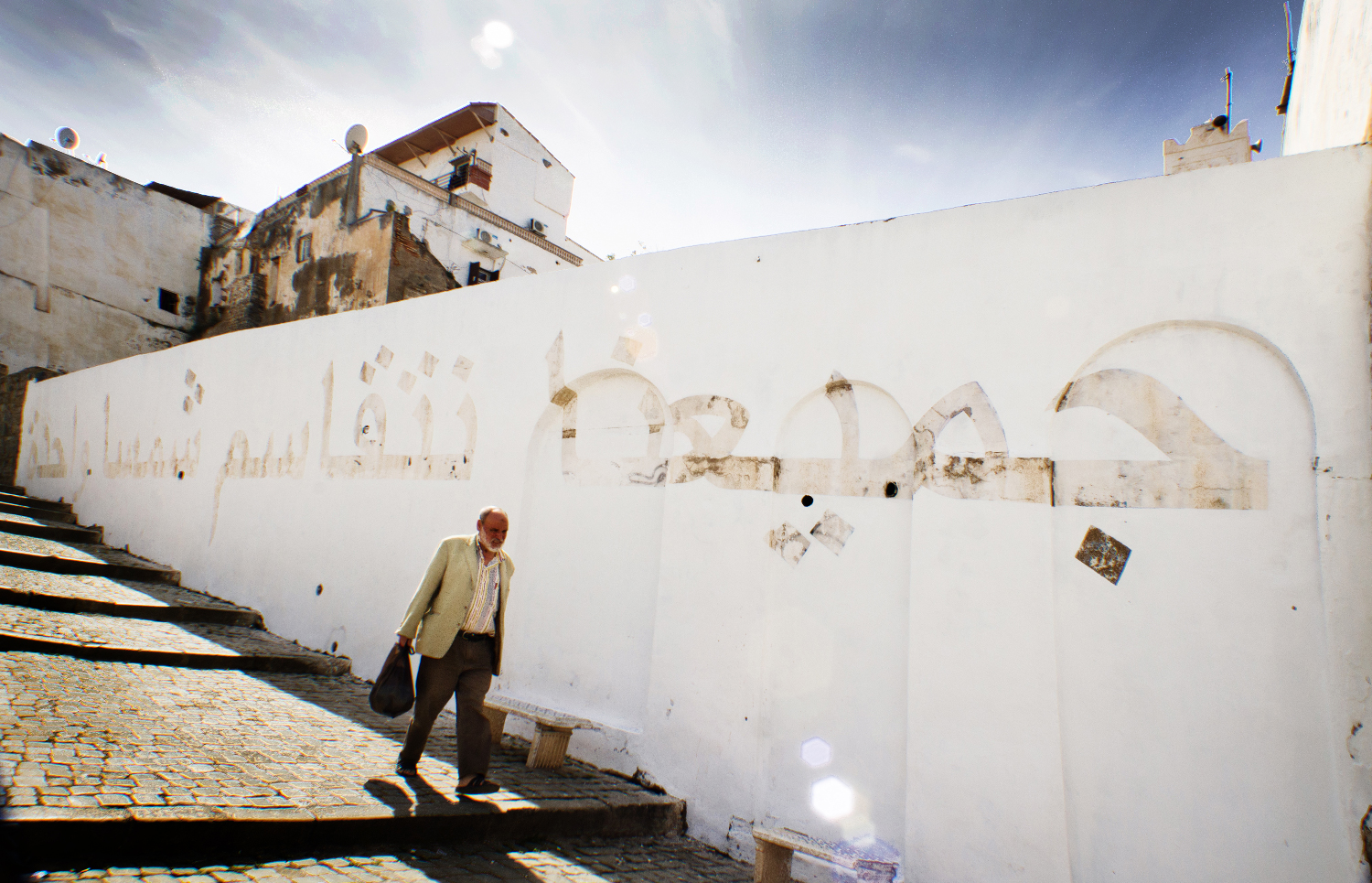 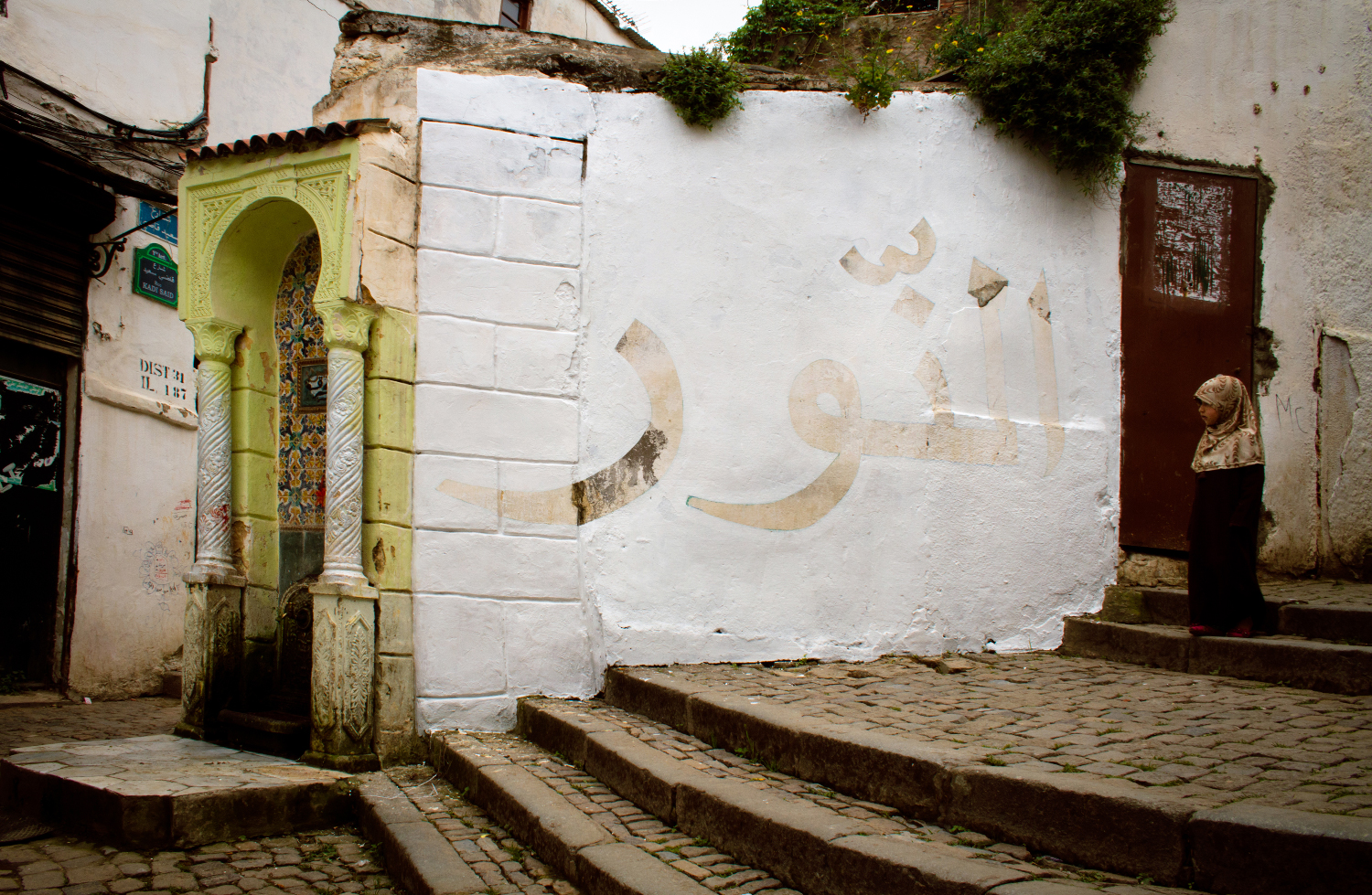 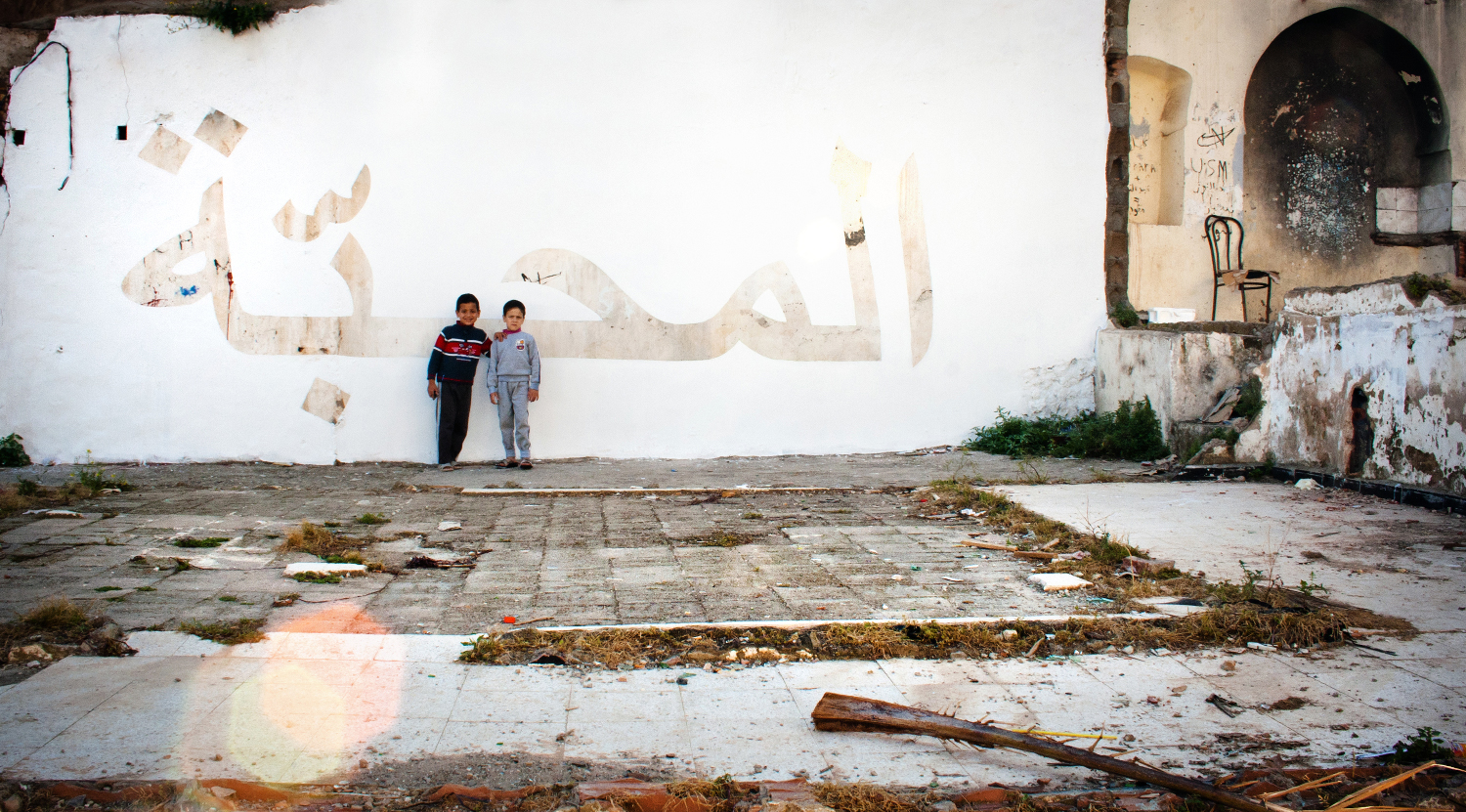 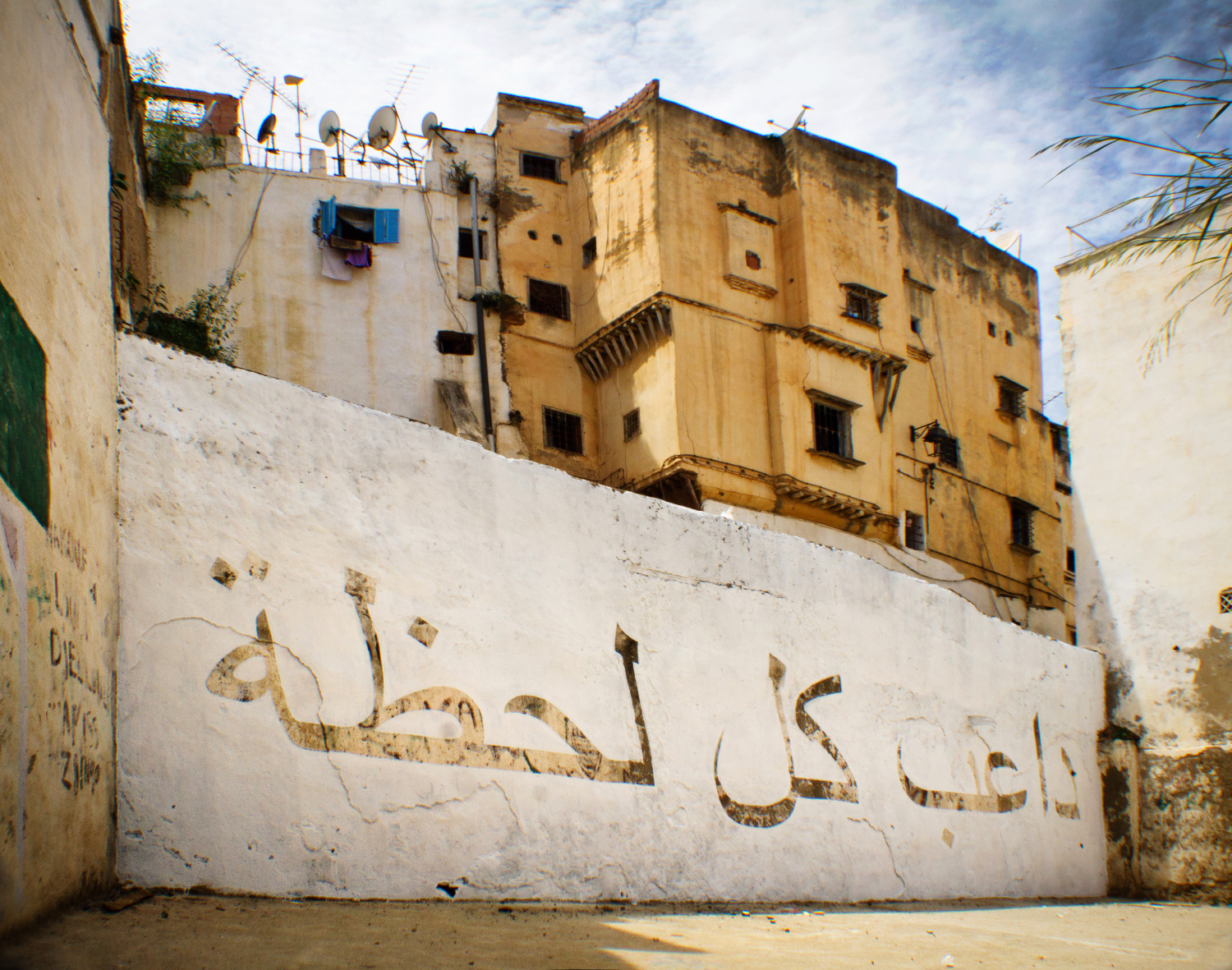 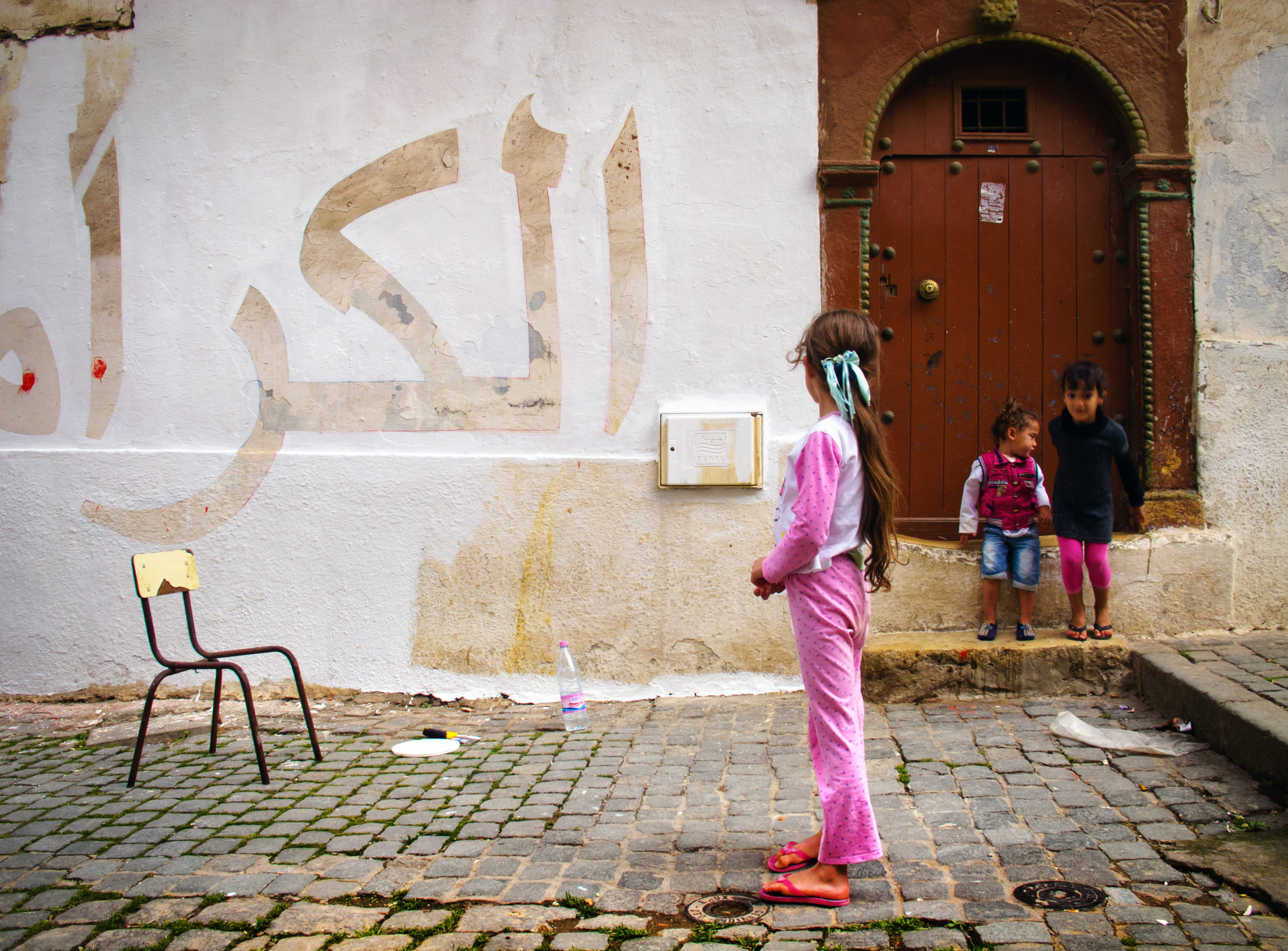 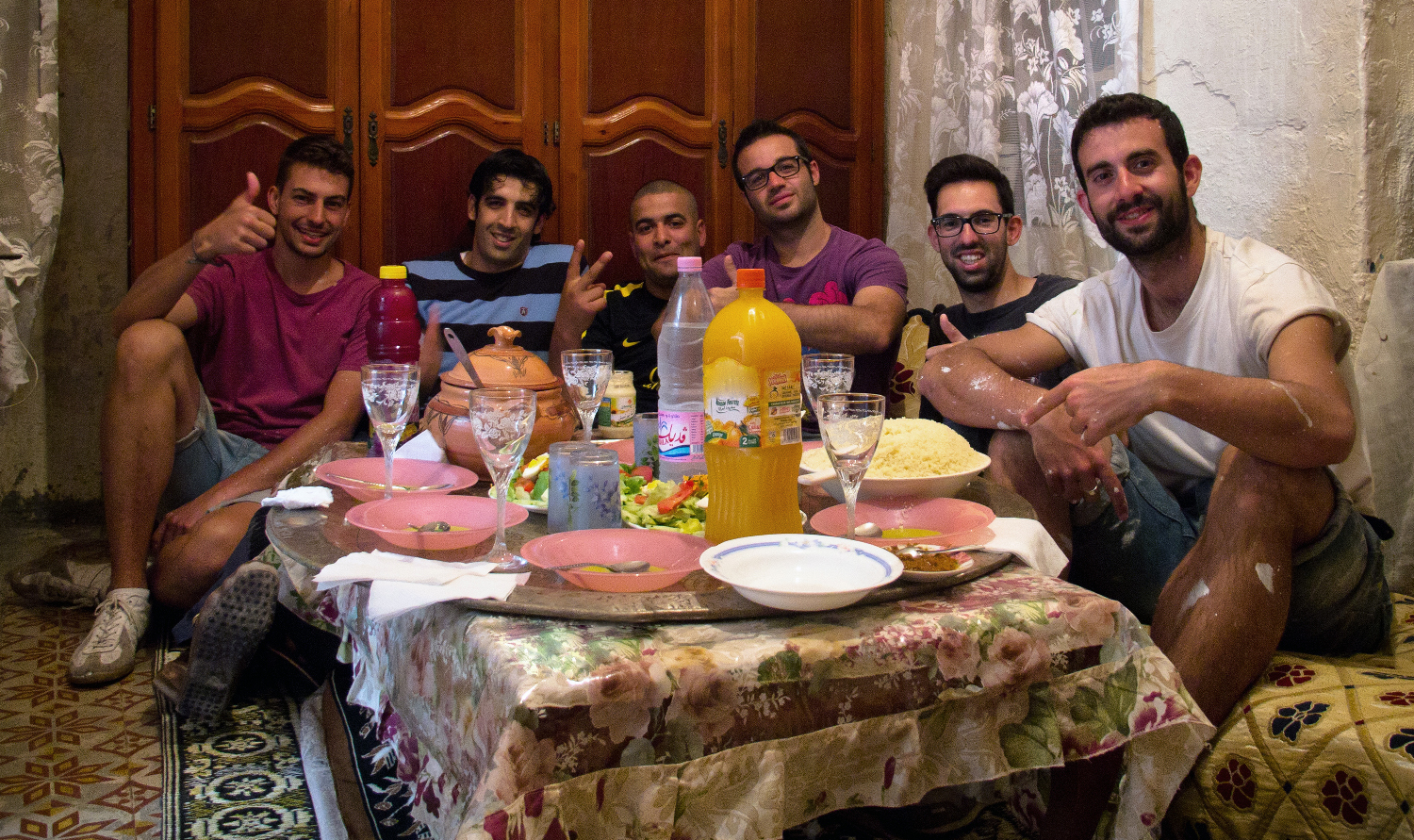